Staying on Mission During a Pandemic: The Resiliency of a Small Comedy Theatre

When your mission is to bring people together through joy and laughter, but you are separated from your audience and artists by a global pandemic, what does a little non-profit comedy theater do? Improvise! Whole World Improv Theatre, in the heart of Midtown Atlanta, did just that. Celebrating our 25th anniversary, the party came to a stop on March 14, 2020. Like the rest of the world, we thought, “Surely this will be over in a few months.”

Initially, we edited previously recorded shows and premiered them on YouTube weekly to keep our audience laughing from inside their homes. Simultaneously, inside the theater, we took advantage of the downtime to implement much needed renovations. Bathrooms received a sexy facelift. Without a plan as to how to replace them, we ripped out 123 seats inside the theater, most of which acquired from the Omni in 1997, and rebuilt the risers.

By spring, via Zoom, we developed a show and started streaming live on twitch.tv. Actors were together but separate, and we were connecting. Inside the theater, producing summer improv camp became paramount. As a parent, I felt the significance to make camp a reality. Due to Covid-19, my oldest son, a 2020 graduate, was robbed of his senior prom, graduation, senior trip, and Eagle Scout Court of Honor. We had to do whatever we could to NOT add another disappointment to the kids’ year. But now, how to do it safely and make it the best summer ever?

With seating removed, we had tons of space to spread out. June and July were two of the most beautiful months of the year. We set up tents in the parking lot and took much of the camp outside. Neighboring businesses were working from home, so we had the run of the place. Kids brought sprinklers, kick balls, hacky sacks and we had some epic water balloon fights. Improv requires inventiveness and a willingness to step outside of our comfort zones. With everything in the world so heavy and serious, we created a safe, silly, successful and incredibly awesome camp for our kids.

By fall, we took our shows outside to meet our audience at Colony Square, Atlantic Station and Ponce City Market Amphitheatre. Inside the theater, we commissioned local artist Beth Wheeler to custom build eight mahogany tables, reclaimed off a retired flatbed. Additionally, Atlanta artist Melissa Sims painted a mural in the theater which is our love letter to Midtown. We reimagined our theater as a Beer Hall like in Germany where people from all over come together to sing, laugh, and be merry! 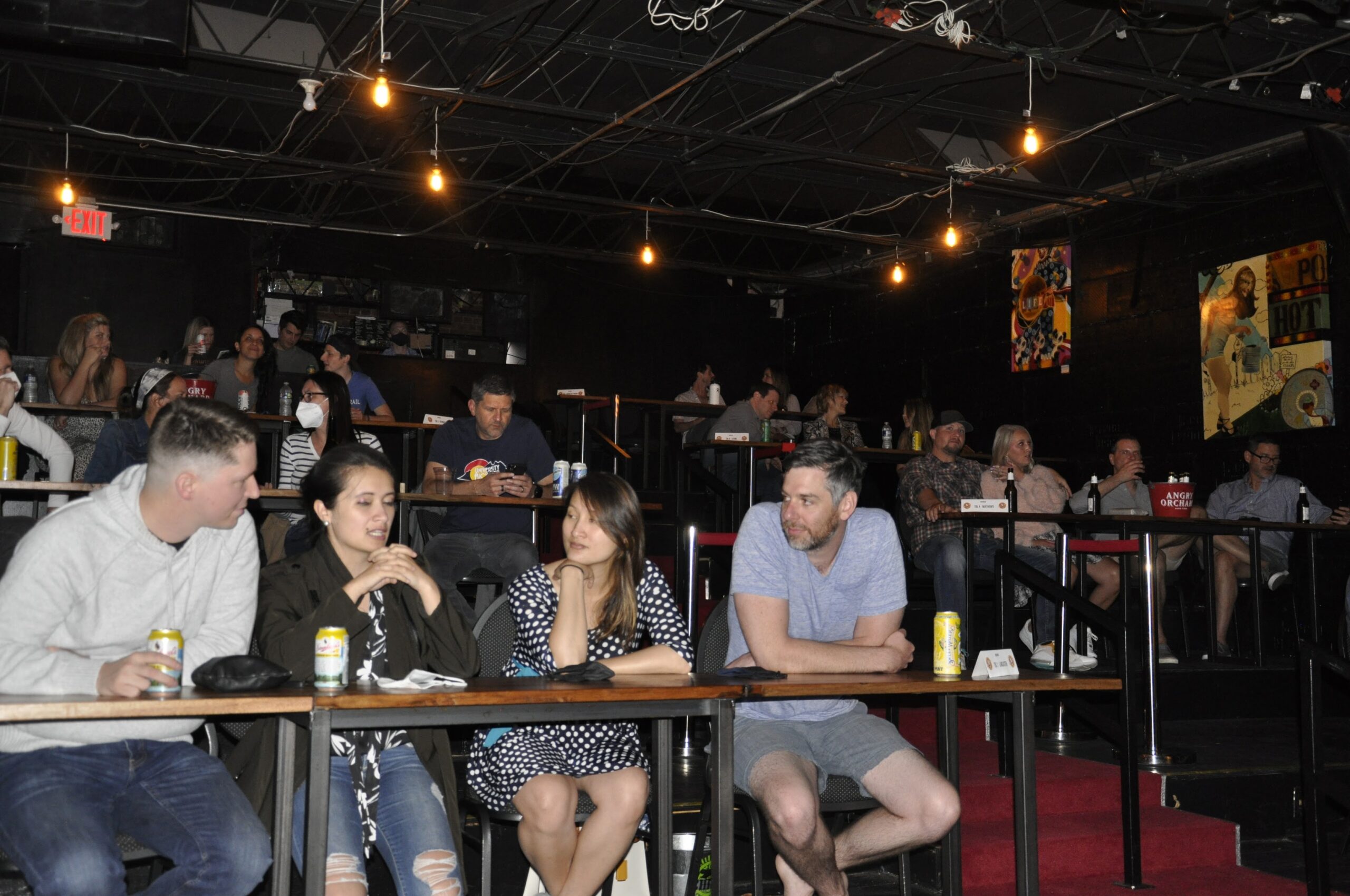 By new year, we joined forces with Music Matters Studios to develop the Whole World Web Show – the first live show EVER to use Extended Reality (XR) technology. WWWS is a groundbreaking, huge win for our theater and performers. Quietly at the theater, we waited for the vaccine to roll out. Hope was on the horizon and the phone started ringing. We polled our actors, and it was agreed upon that once vaccinated, all would return to the theater.

Over a year later, on Saturday, April 17th we opened to a sold-out crowd of 32 people in our new Beer Hall to overwhelmingly positive reception. Our community missed us equally as much as we missed them. Starting May 23rd, we reopen on Friday nights. By September, we hope to be back to a full, in-house show schedule of four shows a week. At this time, masks are required, we seat in pods, and we are practicing social distancing. The bar is open and the show is funnier than ever.

As people, resiliency validates, supports, and empowers us. As improvisors, our job is to embrace it all, “Yes and” it all. Sure, we could have packed it up or hibernated until it all blew over. Instead, we humbly activated. Whole World stayed on mission. We continue to be a safe, artistic home for all, connecting through joy and laughter. We love our city, community, and families. We plan to stay strong for 25 more years to come. We hope you will be a part of it. We cannot wait to meet you there.