The new dean of Georgia Tech’s College of Architecture — Steven French — was originally drawn to Atlanta in 1992 because he viewed it as a “great laboratory” for city planning and development challenges.

After having lived all over the country, French came to Atlanta to become director of the city planning program within the College of Architecture. In 2009, he was promoted to the College’s associate dean for research. And when Alan Balfour announced in August 2012 that he intended to step down in June 2013 to rejoin the architecture faculty, Georgia Tech embarked on a national search. In April, the College named French as its new dean.

French has been in his new role since July 1, and he sat down for an interview to talk about his vision for the College of Architecture, Georgia Tech, metro Atlanta, technology, architecture and planning. 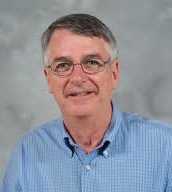 French said one of his key goals will be “to make us one of the top 10 architecture schools in the country,” and that includes each of the five schools within the college — architecture, industrial design, city planning, building construction and music technology.

The College can “be a test bed, a half-way house between the laboratory and practice.” French said that being at Georgia Tech gives the College a unique opportunity to collaborate on research and technology occurring throughout the campus.

“Most of the grand challenges in this country don’t fit any one discipline; they cross over many disciplines,” French said. “Georgia Tech is the best place I’ve seen for doing inter-disciplinary research.”

Areas of collaboration include building sustainable infrastructure. The 21st Century is the first “urban century” when more people in the world are living in metropolitan areas than in rural areas. That is only driving the demand for green building and sustainable land use.

“The reason I like being in relatively fast-growing places is because you have the ability to shape the future, the ability to make difference,” French said. “Atlanta is growing so fast that I think we have lots of opportunities to try to get it right. That not always possible in rust belt cities.”

French said one of Atlanta’s challenges will be adapting to the changing demographics and market demands. Studies have shown that more and more people want to live in higher density, mixed-use, walkable communities. The recession has served as a reset button, and French said it “really hurt the outlying fringe communities.”

In considering the “three grand challenges” of where the College of Architecture needs to go, French said the first is to focus on energy, climate change and water.

“Energy should be driving the way we design our buildings and our cities,” he said, adding that climate change is contributing to both our droughts and our storms. Buildings can help become more energy efficient and help conserve water in a number of ways, such as capturing the condensation from air-conditioning units.

The second area will be for the College of Architecture to prepare students to consider the impacts of demographic changes, such as a nation with no majority population — where every population group is a minority.

“We are also seeing the graying of America. How do we deal with that in a place like Atlanta where you need a car to get around,” French asked rhetorically. “We are working on technology to support aging in place.”

Lastly, French said that the College of Architecture can be on the cutting edge of the information technology revolution when it comes to its various disciplines. That means designing buildings that are smart, buildings that can anticipate changes in the weather and adapt their thermostats accordingly.

French sees a day when everything will have an IP address that will enable people to control each appliance and utility in their homes or offices.

“We will be designing interactive products using information technology, and more importantly show how smart technology shows up in what we design,” French said, adding that it can range from buildings to every day products that we use.

“The key is that the College of Architecture is located at Georgia Tech, and the stuff happening at these labs is unbelievable. We have to tap into that and bring it into the design of products, systems, buildings, neighborhoods, cities, regions and mega-regions,” he said. “We do operate at those different scales at this College.”

Meanwhile, French said the College of Architecture also is involved in the Atlanta community. It has partnered with Georgia Tech’s Ivan Allen College of Liberal Arts on the Westside Community Alliance initiative to help improve the neighborhoods just west of the college campus.

Several professors, such as Mike Dobbins and his academic work on Northside Drive along the corridor where the new Atlanta Falcons stadium will be built, have taken on specific projects to help guide the growth of Atlanta.

As French said: “We want to have an impact.”