By Guest Columnist RODNEY STRONG, chairman of Griffin & Strong, a law and public policy consulting firm who graduated from Morehouse College in 1976 with an undergraduate degree in political science

A confluence of events made the year’s A Candle in the Dark Gala and Inaugural Ball – an annual festive black-tie event that raises substantial funds for Morehouse College ­­– particularly memorable.

The 26th annual Gala took place on Saturday, Feb. 15, 2014 to celebrate the 147th anniversary of the founding of Morehouse College in the Centennial Ballroom of the Hyatt Regency Atlanta. During the weekend’s activities, Dr. John S. Wilson Jr. was inaugurated as the 11th president of the College.

The Gala takes its name from the official history of the college which was written by Dr. Edward A. Jones, ‘26. The title alludes to Morehouse remaining a “candle in the dark,” providing education and hope for African-American men during the dark period of white supremacist terror after the end of the reconstruction era in the southern United States. 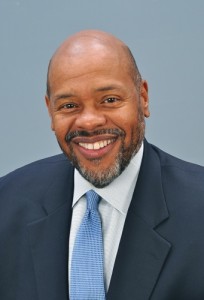 Each year several outstanding alumni are selected to receive the Bennie Award named in honor of Dr. Benjamin Elijah Mays, who served as the sixth president of the College.

Morehouse also bestowed a “Candle for Lifetime Achievement in Arts and Entertainment” on Stevie Wonder, the superstar entertainer. Morehouse honored Wonder, not only for his entertainment industry success, but also for his civil and human rights efforts.

Wonder’s ties to Morehouse began through his relationship with Dr. Martin Luther King, Jr., the most famous alumnus of the College. In August 1963, when Dr. King delivered his “I Have a Dream” speech, Stevie Wonder became the youngest artist ever to hit number one on the Billboard charts.

Wonder performed in support of the civil rights movement during the 1960s. During that period Dr. King and Wonder also shared a record label. Dr. King won a Grammy award for his spoken word performance; “Why I Oppose the War in Vietnam.”

That speech, given at Riverside Church in New York City, one year to the day before his assassination, was recorded and distributed on the Motown record label. Wonder was at the forefront of efforts to have Dr. King’s birthday declared a national holiday. Wonder’s son, Kwame, is a senior at Morehouse and is expected to graduate in May 2014.

During the evening, the festive atmosphere was marred by the news that the jury failed to reach a verdict on the first degree murder charge against Michael Dunn for the killing of young Jordan Davis.

At an event which celebrates African-American male excellence, the news that another murder of an unarmed African-American young man has gone unpunished was devastating. Surrounded by outstanding young African American men, being forced to accept the reality that the American criminal justice system continues to devalue their lives was particularly painful.

As President Obama said in the aftermath of the acquittal of Trayvon Martin’s killer, “…in the African American community at least, there’s a lot of pain around what happened here, I think it’s important to recognize that the African American community is looking at this issue through a set of experiences and a history that doesn’t go away.” Those comments were equally reflective of the feeling in the room that night.

When Stevie Wonder took to the podium to accept his award, sensing the mood of the room, he thanked the college for his honor and then proceeded to speak directly about Jordan Davis and the pain that he felt as a result of the outcome of the case. He talked about the need for continued perseverance in the struggle for justice.

Wonder announced that while he intends to maintain his boycott of the State of Florida, announced in the wake of the Zimmerman verdict, he will go to Florida to stage a benefit concert in support of efforts to change the “Stand Your Ground” law there. He also announced that he will conduct benefit concerts for both Morehouse College and Spelman College.

Then, in a transcendent moment, Wonder sat down at the piano and played, “Love’s in Need of Love Today,” creating a sensation no one in that room will ever forget. It was as if the spirit of Dr. King was channeled into the room and the collective consciousness seemed to shift to a steely determination to continue the struggle for justice with a renewed vigor. It was “only a minute, but eternity was in it” — truly a Morehouse moment.

Prior to founding Griffin & Strong, Rodney Strong served as director of Contract Compliance for the City of Atlanta.  He is currently general counsel to the Fulton County-City of Atlanta Land Bank Authority. He is a graduate of the University of Memphis, Cecil C. Humphreys School of Law, where he was a Herbert Herff Presidential Law Scholar.