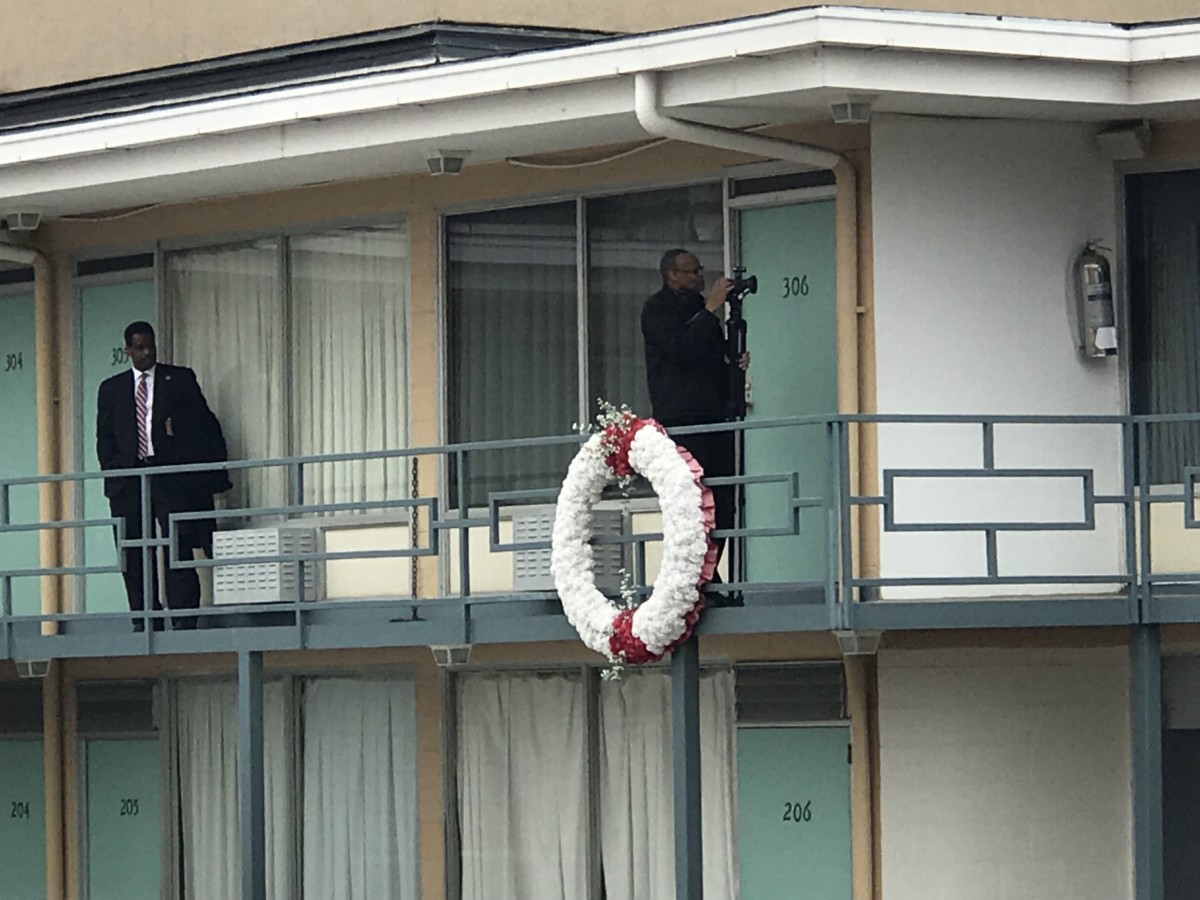 A close up of the Lorraine Hotel's Room 306 where Martin Luther King was staying the night he was shot. (Photo by Maria Saporta)

MEMPHIS – For 50 years, I had little desire to travel to Memphis.

The city always triggered one of the most painful memories of my youth – the assassination of an idol who had become a friend – Martin Luther King Jr.

I have often said my life peaked when I was 11. It was September, 1966 when I became close friends with Yolanda King, who had helped integrate my elementary school – Spring Street – along with the children of Juanita and Ralph David Abernathy. 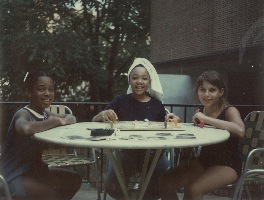 It was through Yoki, as we affectionately called her in those days, that I met her father – one of the most charismatic people I had ever met. I remember spending several Saturday nights at their house on Sunset Avenue and then going with them to Ebenezer Baptist Church on Sunday mornings to hear King preach.

I was deeply drawn to King’s messages of civil rights, nonviolence – especially his opposition to t the Vietnam War as well as his growing emphasis to help the plight of the poor.

That’s how he ended up in Memphis. King and his lieutenants made several trips to Memphis in March and April of 1968 to support sanitation workers who had gone on strike.

And on April 4, 1968, King was assassinated while staying at the Lorraine Hotel, on the southern edge of downtown Memphis.

For years, a dear friend has wanted to take me to Memphis to visit the Lorraine Hotel, which has been transformed into the National Civil Rights Museum.

We finally decided that we needed to do the trip before the 50th anniversary of King’s death.

So that’s how I ended up spending this past weekend in Memphis – a city that I have unfairly painted with a broad brush of King’s assassination. 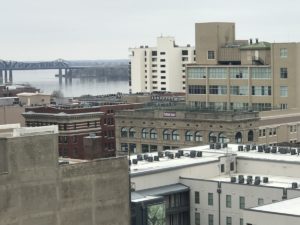 During our trip to Memphis, we visited the historic Peabody Hotel (I had no idea that such a magnificent hotel existed in downtown Memphis), went to the famous Rendevous place, walked along Beale Street – a place alive with neon and music honoring some of the greatest blues and rock-’n’-roll artists ever to grace our nation.

Immediately I realized how one-dimensional my view of Memphis has been over the past five decades.

Sunday morning we went to the Mason Temple – the site of where King gave his final “Mountaintop” speech – one that eerily seemed to foreshadow his death the next day.

On the drive from Atlanta to Memphis, we had listened to the entire speech – an unplanned, powerful performance that he had delivered without notes. He spoke of a nation hungry for economic justice – urging blacks to seize their own economic power by supporting black businesses.

A fence surrounded the Mason Temple, now the national headquarters of Church of God through Christ, so we were not able to enter the hall.

Later we headed to the Lorraine Motel and the civil rights museum. During the tour of the museum, we followed the footsteps of African-Americans forced migration as slaves and the journey of the Civil Rights movement – ending up outside Rooms 306 and 307 – where King and his entourage were staying on April 4. We were able to look outside the window to the balcony where King was shot – extinguishing one of the brightest voices of the 20th Century. 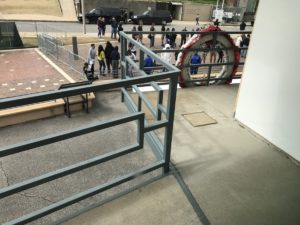 I was 12 when King was assassinated. I remember the biting pain I felt that evening when he died. Sadness cast a spell over my entire family – parents and my sister – who had all gotten to know and love King and his family through my friendship with Yoki.

At the time, we were living at the Burge Apartments – a Georgia Tech high rise for married students and faculty on North Avenue. We decided to go out to dinner because my mother didn’t feel like cooking.

On our way out, we ran into a professor who lived in our same building. I had always thought he was a friendly, good man. But that night, he was partying with a group of friends. “We are going out to celebrate,” he yelled over to us.

That’s when it really hit me. How could anyone celebrate the death of another human being – much less the death of a noble King who had preached for peace and respect for his fellow man?

The pain of that day has never stopped hurting. I was blessed with the gift of knowing King – not only as a legendary national and international leader – but as a warm, fun-loving family man. I was lucky enough to have experienced his magnetism first hand – to have been present to hear his wisdom well beyond his 39 years.

King’s death left a hole in my heart that will never be filled. 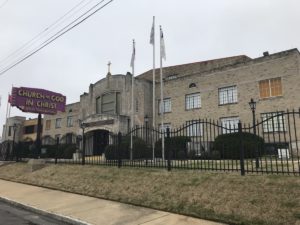 On the night before his death, King spoke of the future.

Well, I don’t know what will happen now. We’ve got some difficult days ahead. But it really doesn’t matter with me now, because I’ve been to the mountaintop. And I don’t mind.

Like anybody, I would like to live a long life. Longevity has its place. But I’m not concerned about that now. I just want to do God’s will. And He’s allowed me to go up to the mountain. And I’ve looked over. And I’ve seen the Promised Land. I may not get there with you. But I want you to know tonight, that we, as a people, will get to the promised land!

King may have been to the mountaintop. But we as a people are still lost – wandering through the valleys of our lives.

At least when King delivered his last speech, he was at peace.

Strangely enough, I would turn to the Almighty, and say, “If you allow me to live just a few years in the second half of the 20th century, I will be happy.”

Fifty years later, the trip to Memphis brought it all home for me.

We’re still waiting for the stars to light our way to King’s mountaintop. 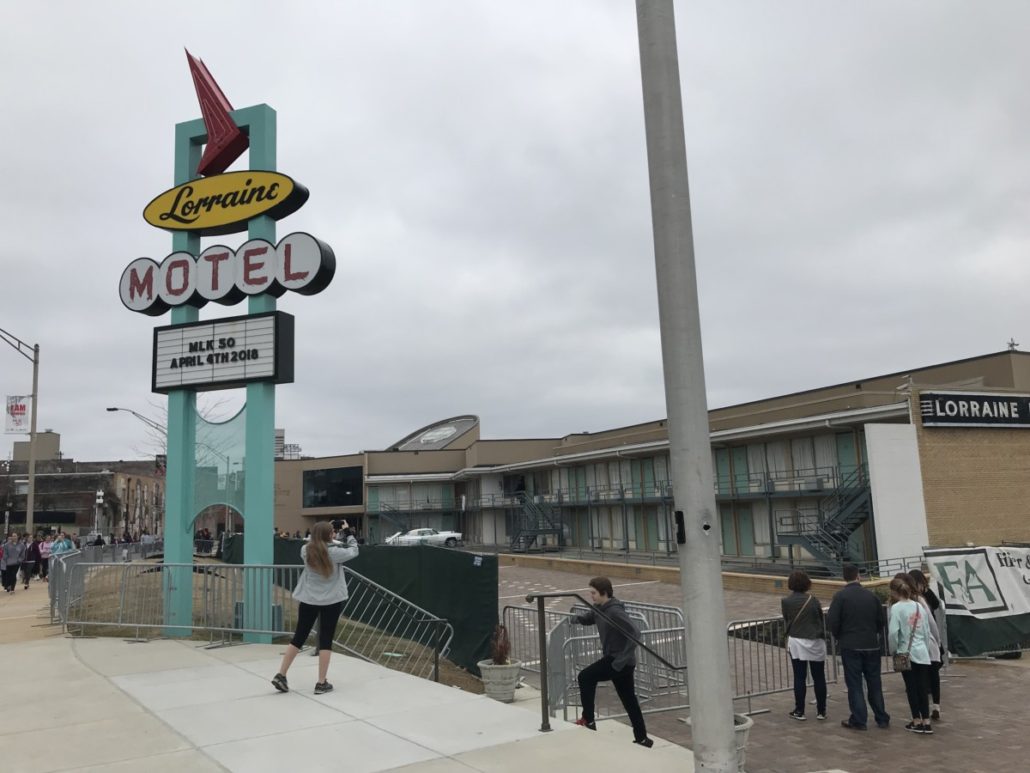 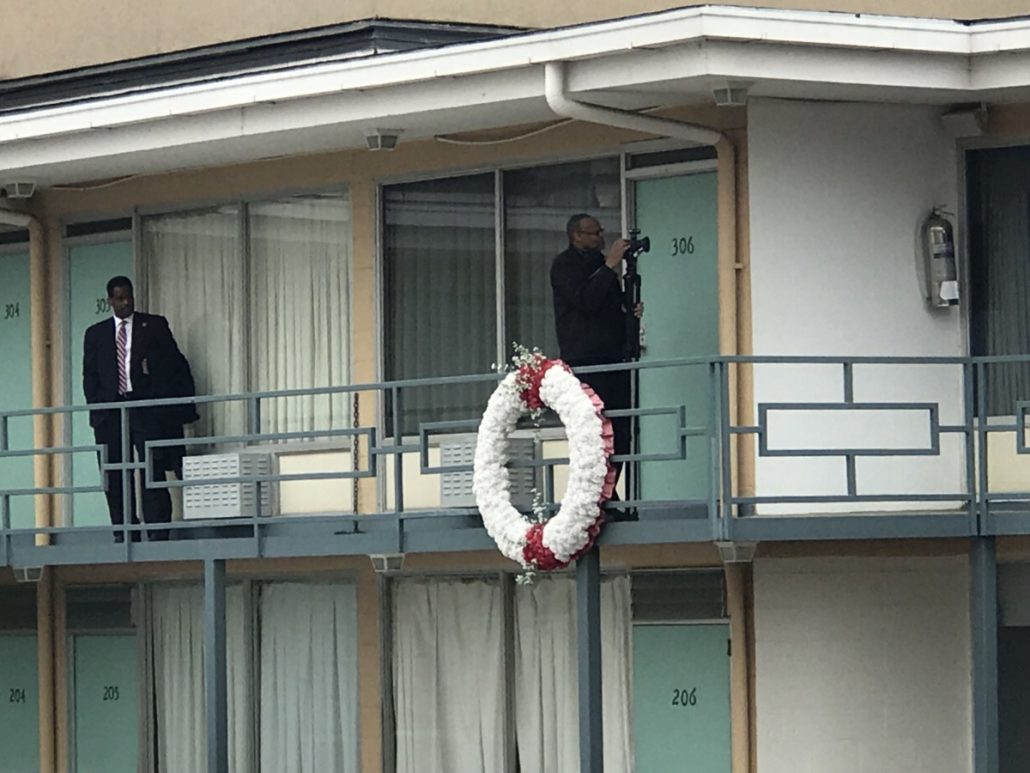 A close up of the Lorraine Hotel’s Room 306 where Martin Luther King was staying the night he was shot. (Photo by Maria Saporta) 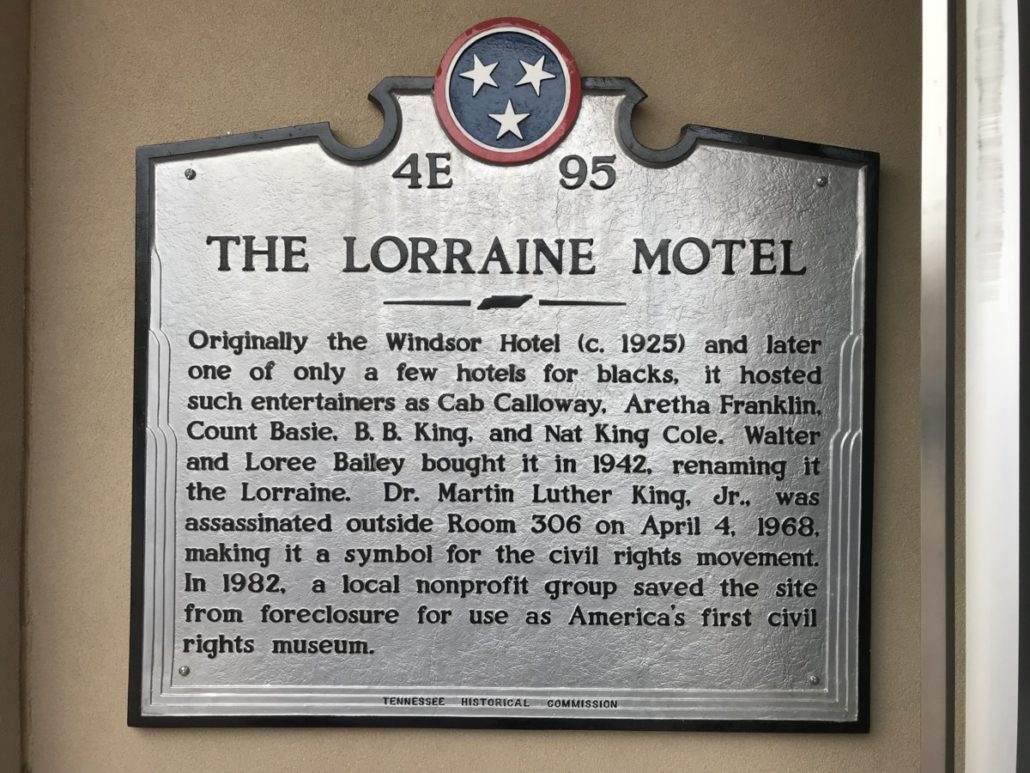 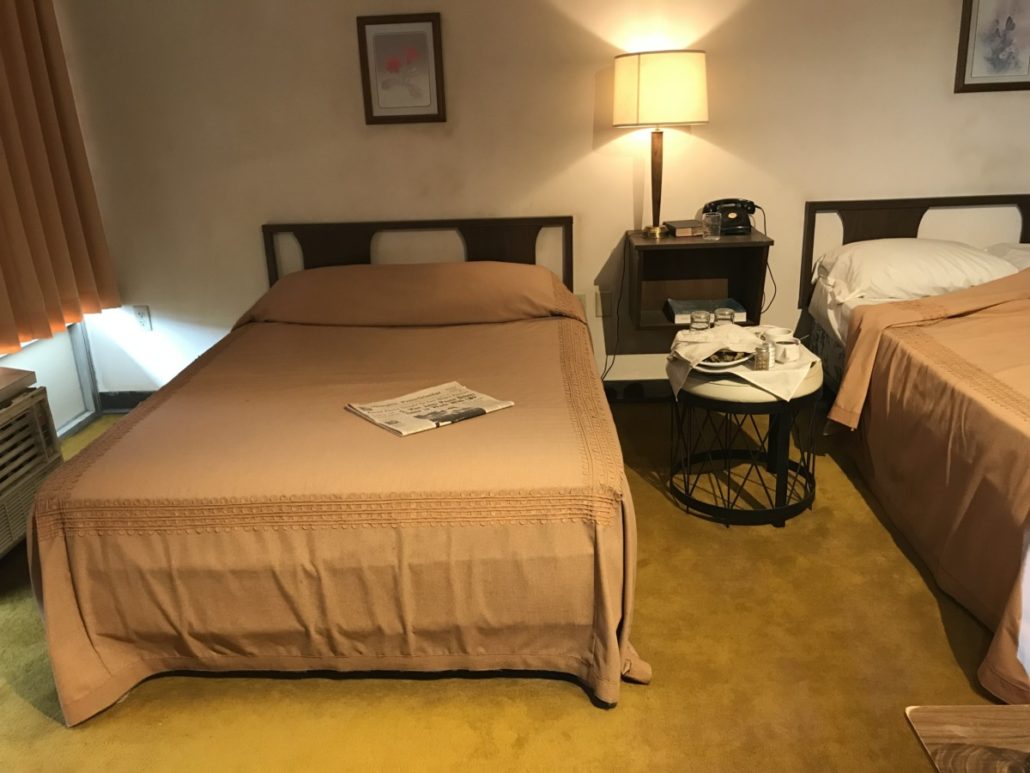 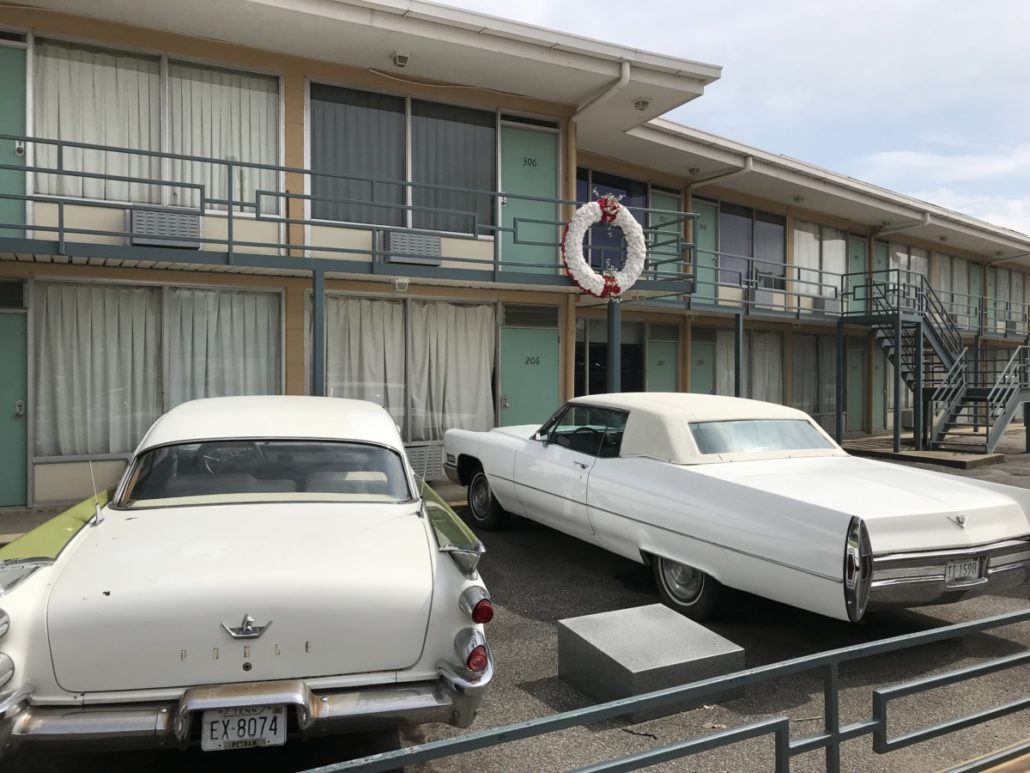 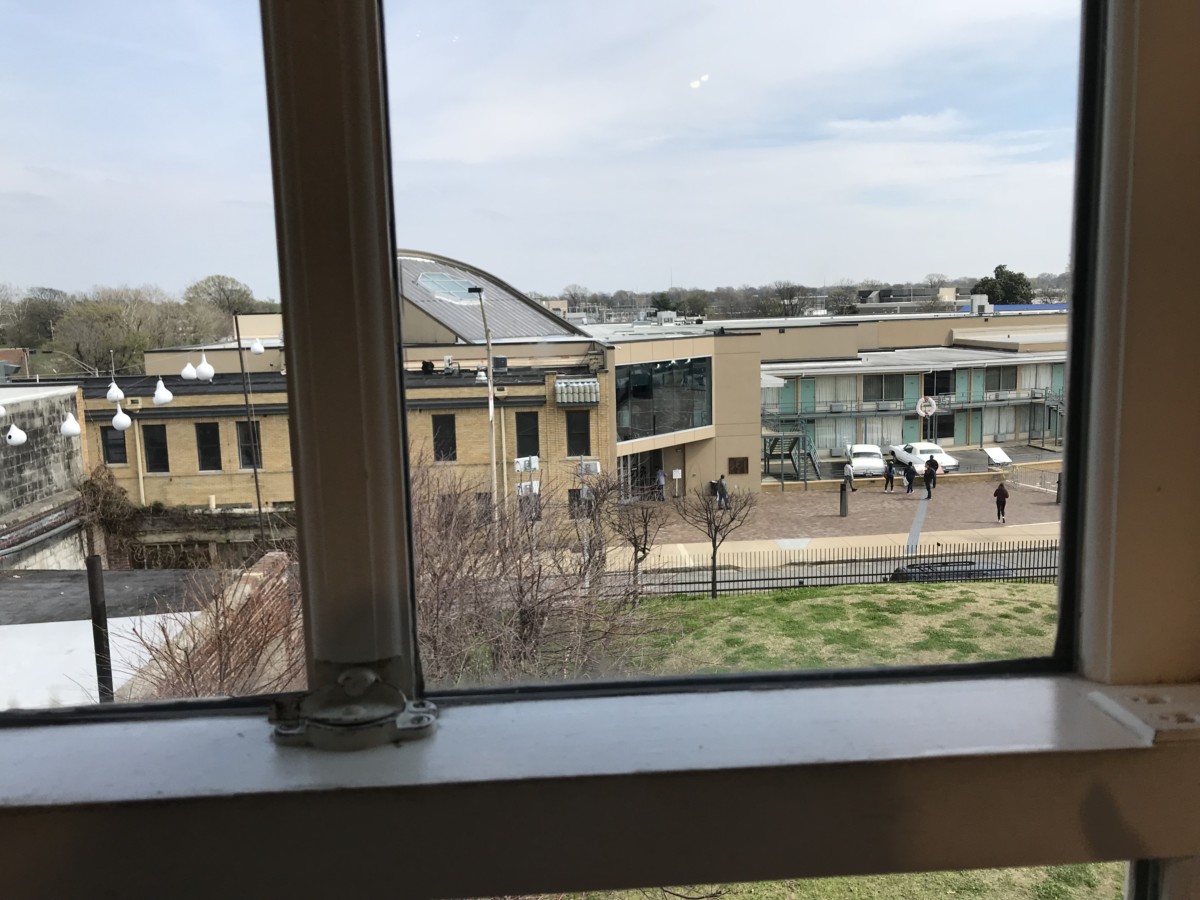 A view from the boarding house where King’s assassin fired that fatal shot on April 4, 1968. (Photo by Maria Saporta) 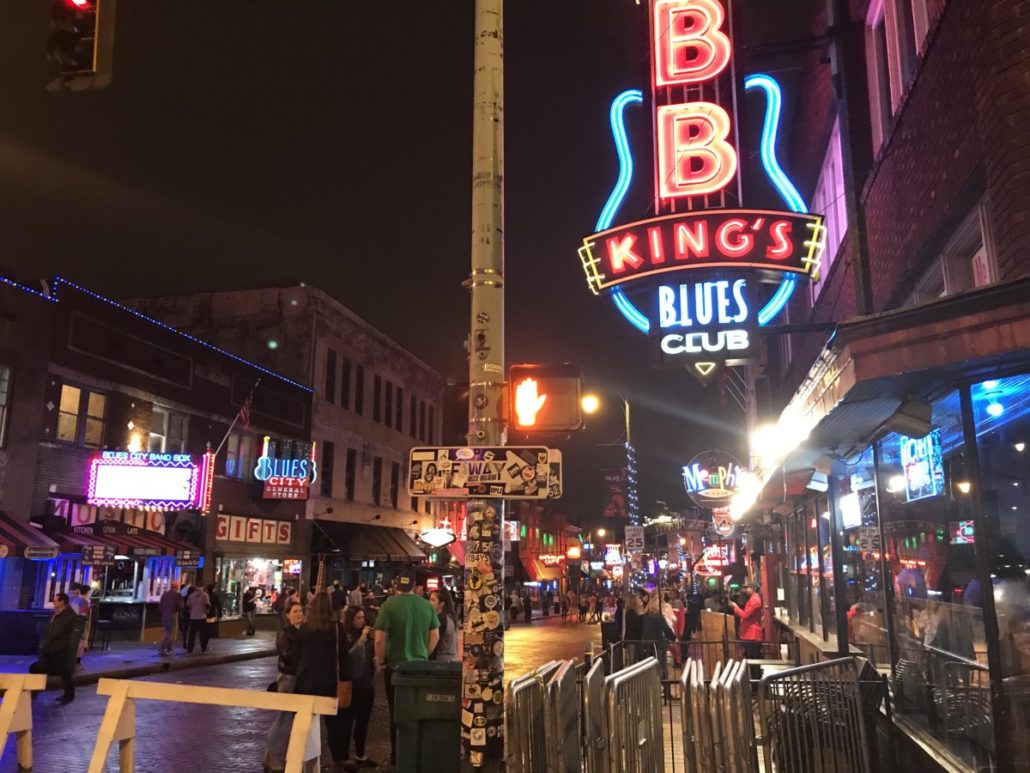 Previous Article
‘Isle of Dogs’ – amazing looking movie that gets bogged down
Next Article
Connected Communities: Harnessing Technology for Resilience