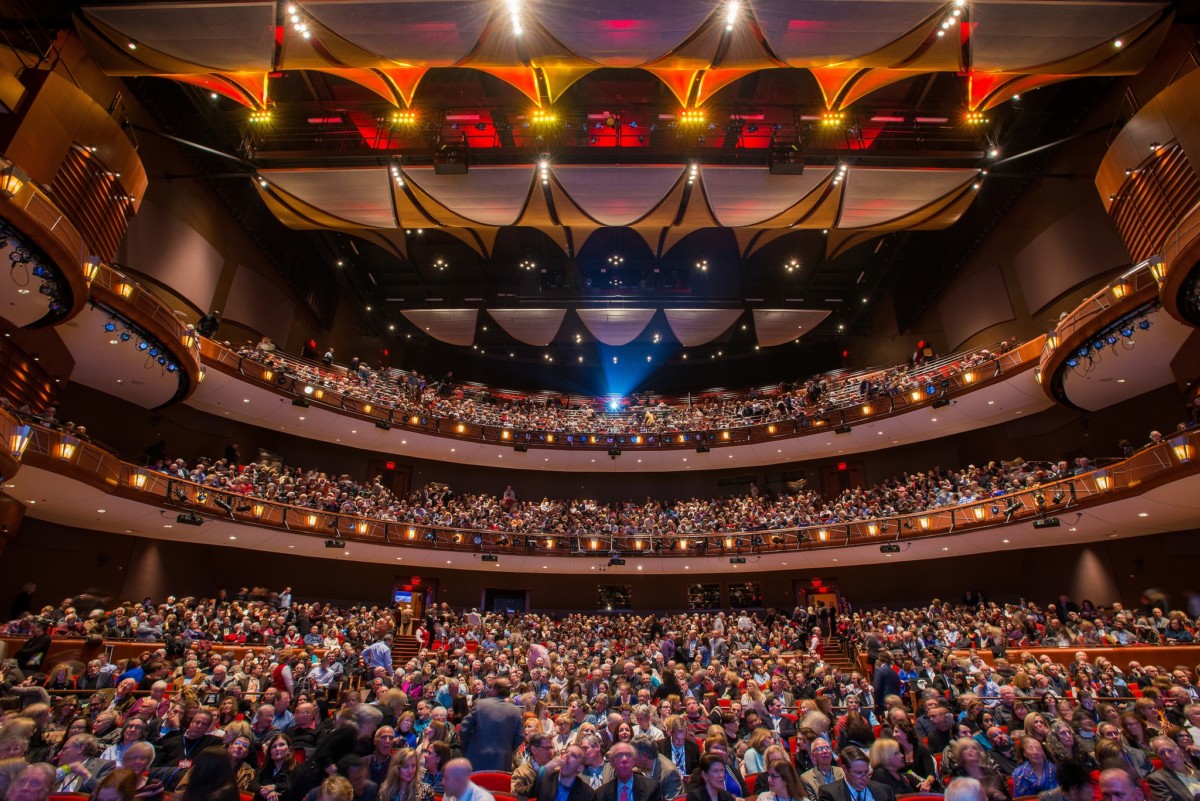 This week, BOB BAHR, of the Atlanta Jewish Film Festival, reveals the films that will entertain, educate, and challenge viewers in 2017.

When an influential group of Jewish community leaders first came together to begin planning an ambitious new film festival nearly two decades ago, they weren’t quite sure what to call it. Eventually they settled on a simple, straightforward title that seemed to best describe their project: the Atlanta Jewish Film Festival.

Only 1,900 tickets were sold in 2000, the first year, but in the intervening years their new project grew to become one of the largest events of its kind in the world.

This year organizers hope to sell around 40,000 tickets from January 24 to February 15 and hope to settle in as the world’s largest Jewish film festival. It’s an extraordinary event that lists 75 films with 202 screenings at seven Atlanta-area theaters.

And just as the festival quickly outgrew the early projection for the event, so this year’s Atlanta Jewish Film Festival seems to have grown so much larger than its prosaic title.

First, there are the films, which include a number of outstanding productions with a much broader context than Jewish history or communal life. 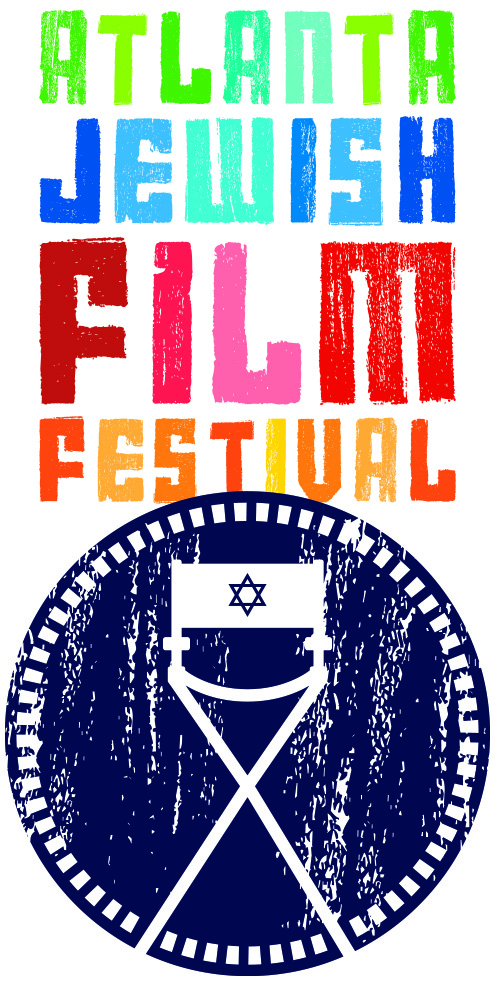 Take the opening night film, for instance, Alone in Berlin, screening at the Cobb Energy Performing Arts Centre. This European film was inspired by Hans Fallada’s best-selling novel about a real-life gentile couple, Elise and Otto Hampel, who single-handedly wage a campaign to challenge Nazi power at the height of World War II. The quiet, simple lives they lead make their extraordinary moral stand that much more remarkable.

And then there are two of this year’s most critically acclaimed documentaries. The first, Olympic Pride, American Prejudice, tells the story of the 18 African American athletes who participated in the 1936 Summer Olympic games. That extraordinary achievement, however, was only part of the story. The bigger challenge came after the Olympics ended, when these black athletes came home in the 1930s to face racial discrimination and injustice in American society.

Another documentary about Americans who fight a battle for acceptance in our own time is the story of the civil rights movement that ended in the recent Supreme Court decision giving gay and lesbian couples the full legal rights of marriage. The film, The Freedom to Marry, chronicles the final months leading up to the victory in the court.

The family-friendly Israeli fantasy film Abulele is yet another example of the broad appeal of this year’s festival. It’s about an oversized furry creature who becomes a loving companion of children in need. Look for a Hollywood version of the film, now in development.

All this is not to say that you won’t find many absorbing and exciting stories about Israel, Jewish culture, and contemporary issues with a Jewish flavor. 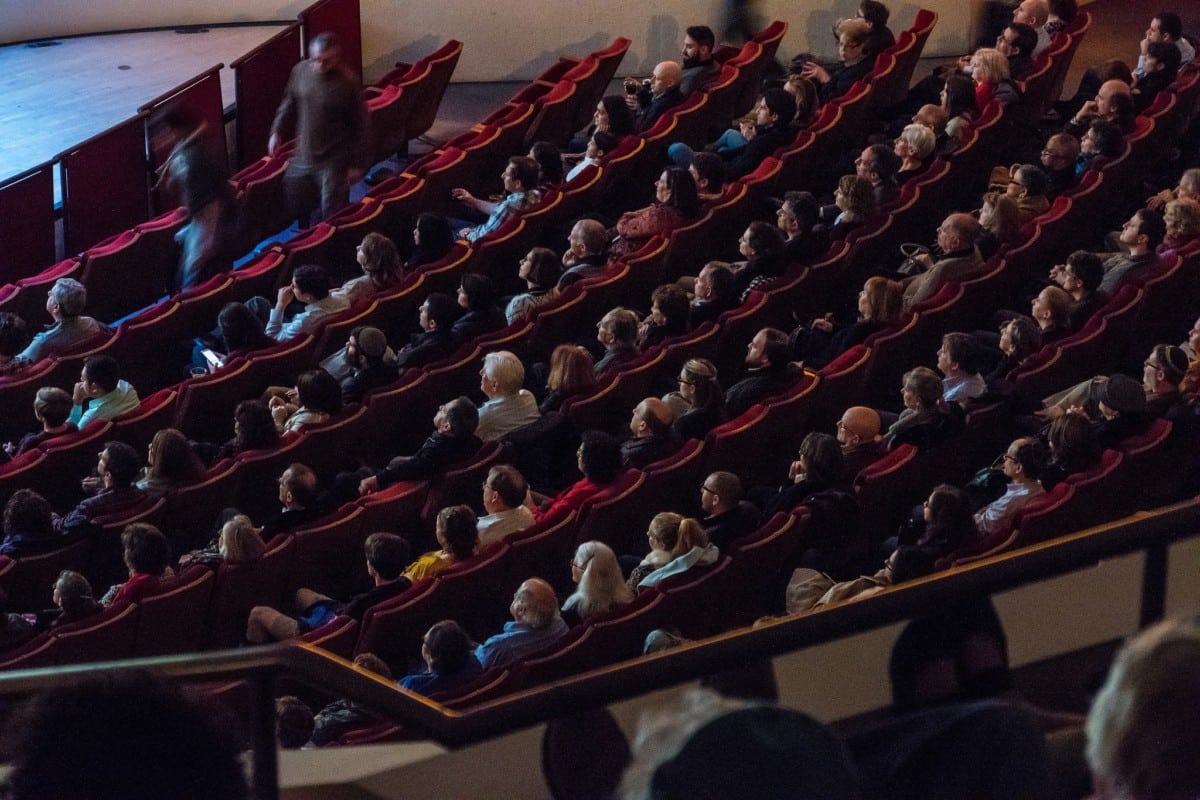 The Atlanta Jewish Film Festival has been engaging audiences since 2000. Courtesy of the AJFF

There’s the well-told documentary of The Settlers, who have moved to the occupied West Bank of the Jordan River to set up Jewish communities, legal and not-so-legal, in the midst of the largely Palestinian population. It is the first film to take viewers behind the scenes of this controversial issue. The settlers and their settlements are an important sticking point in the peaceful resolution of the long and seemingly intractable conflict between the Palestinian Authority and Israel. The film was nominated for the Grand Jury Prize at the 2016 Sundance Film Festival.

A quartet of exceptional films probe beneath the surface of everyday Israeli life: One Week and a Day, Beyond the Mountains and Hills, Wounded Land, and Our Father.

For lovers of the arts and music there are a cornucopia of absorbing screenings.

Mr. Gaga is one of the best films ever made about modern dance. It profiles the 25-year career of Ohad Naharin, the artistic director of Tel Aviv’s Batsheva Dance Company and one of the world’s most important dance innovators.

BANG! The Bert Berns Story is about how a Bronx-born Jew transformed popular music in the 1960s, writing and producing such mega hits as “Twist and Shout,” “Under the Boardwalk,” and “Brown Eyed Girl.” It’s a guaranteed toe-tapper for lovers of 60’s rock and roll.

Finding Babel is a documentary, narrated by actor Liev Schreiber, that tells the story of one of the greatest writers of 20th-century Russia, Isaac Babel, whose devotion to his work and the quest for literary truth lead ultimately to a tragic end. 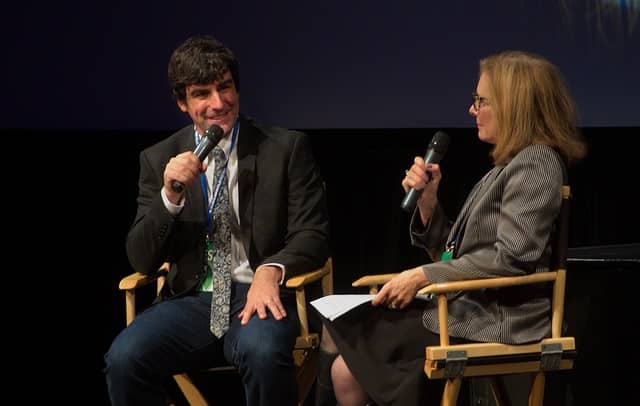 Opportunities for learning and discussion make the Atlanta Jewish Film Festival more than just a day at the movies. Courtesy of the AJFF

The Atlanta Jewish Film Festival is more than a day at the movies, however. It’s a chance to learn, too. Most of the films come with either an introduction by a local or nationally-known authority on the film’s subject matter or a panel discussion by experts. Some discussions include the film’s director, writer, or star.

For example, I’ll be interviewing the director and producers of the American documentary Big Sonia, about Sonia Warshawski, a dynamo 91-year-old Holocaust survivor who happens to be 4’8” tall.  Deborah Lipstadt, the Holocaust historian and Emory professor portrayed in the 2016 film Denial, will speak about the movie Keep Quiet. In all, more than 400 members of the Atlanta community, as well as numerous filmmakers and speakers will participate in this year’s festival.

Georgia Humanities is proud to support the Atlanta Jewish Film Festival through its grant program.

Bob Bahr is a film educator and was a volunteer on the selection committee for the 2017 Atlanta Jewish Film Festival. Immediately following the festival, starting February 22, he will be teaching a six-week course at The Temple in Atlanta called “Music, Movies and Spirit — The Southern Roots of an American Revolution 1945- 1960.”