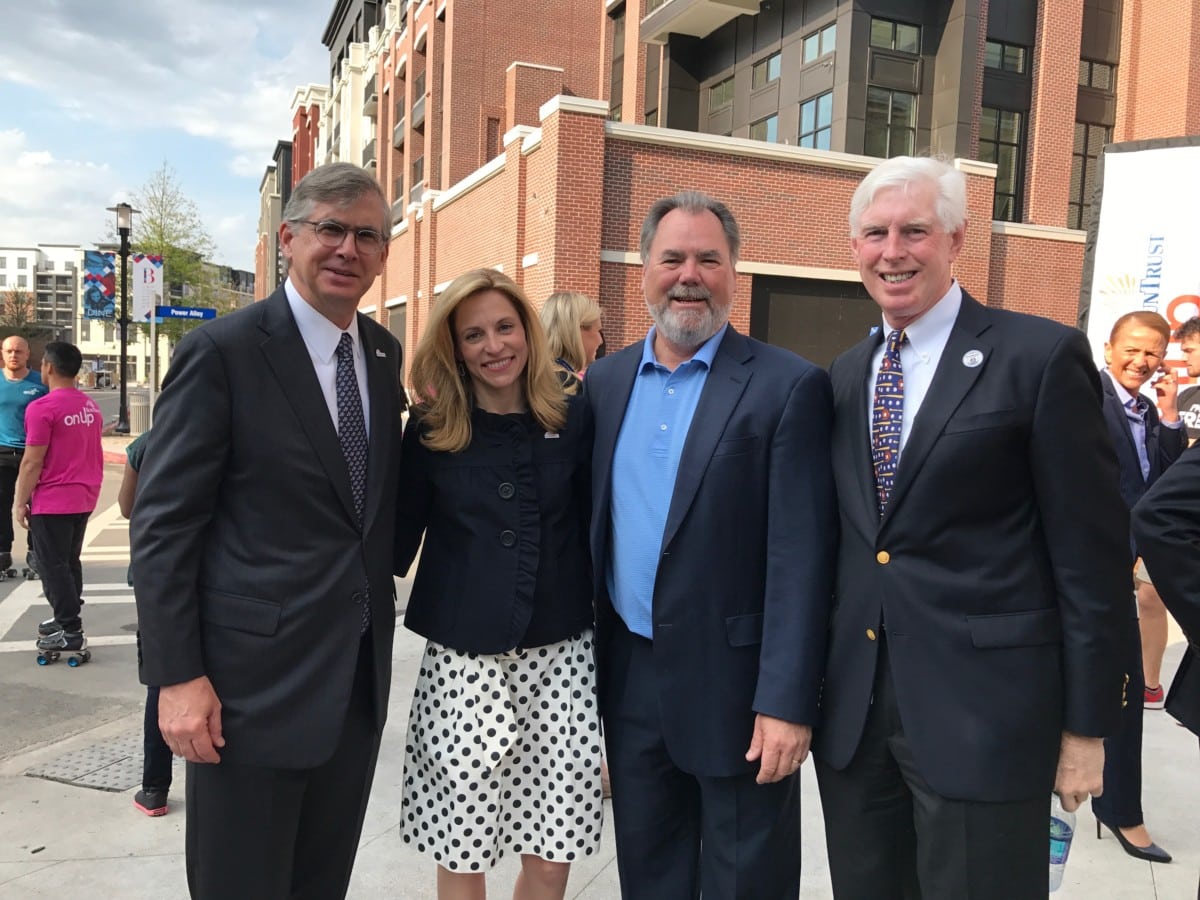 And the new name is …Truist.

The top executives of Winston-Salem, N.C.-based BB&T Corp. and Atlanta-based SunTrust Banks Inc. announced Wednesday that the name of their new merged bank will be Truist – a name picked to reflect the heritage of both financial institutions.

Once the “merger of equals” is completed, Truist will become the sixth-largest U.S. bank holding company serving more than 10 million households in the United States – mostly in the Sunbelt and in high-growth markets. 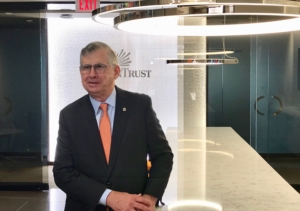 “We have been on this journey since February – laser focused on coming up with a name,” said BB&T CEO Kelly King during a telephone interview Wednesday morning. “We decided the new name is Truist. We think that’s an exciting name that builds on our heritage.”

King, who will be the founding chairman and CEO of Truist, said they wanted the name to “echo” what they were trying to do with the bank – integrate technology with the human experience – bringing a high level of trust while building a better future for their clients.

“We wanted this to be so much more than a name,” said Bill Rogers, CEO of SunTrust, who was also on the call. “We wanted it to reflect the brand attributes our associates are interested in.”

During its search for a new name, the two banks polled their employees on the brand attributes the merged bank should have – getting as many as 20,000 responses.

“They came up with the same four brand attributes,” Rogers said. Those four attributes were: trustworthy, genuine, innovative and empowering.

“We have a shared belief in building a better future,” King said.

The two companies partnered with Interbrand, a global brand consultancy, to lead the process for a new name and brand identity. The data-driven effort prioritized input from BB&T associates, SunTrust teammates and clients. Through focus groups and analytical research, these stakeholders shared their expectations and aspirations for the new brand. 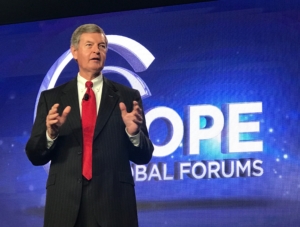 The banks will now begin the process to develop the logo of the new bank and select the colors and the font that will be part of the new brand.

“A lot of work has to go into that,” said King, adding that once that has been decided, they will begin to introduce the new name. “Over the next year or so, between closing and conversion, you will see a lot of SunTrust-Truist and BB&T-Truist signage. There will be a lot of different ways of transitioning.”

The goal will be to get the general public, customers and associates accustomed to the Truist name. After a period of transition, the names of SunTrust and BB&T will fade away.

“What we want to remember is what our history and our legacies meant ,” Rogers said. “The name is going to build on that. Over time you are migrating from two to one.”

Rogers will serve as president and chief operating for Truist until September 2021 – when he will succeed King as the bank’s CEO. He called the journey of coming up with the new name a “rewarding” experience.

“What we are building is a brand. Today, what we are announcing is a name,” Rogers said. “This is a really exciting day.”

Both Rogers and King said they watched focus groups react to the Truist name.

“They were very intrigued,” said King, adding that when the focus groups were told Truist was going to be the new name of the merged bank, they applauded. “They said it was great, that this represents what SunTrust and BB&T is all about.”

While both King and Rogers are excited about the merger, they remain loyal to their respective institutions.

Likewise, Rogers has spent his entire 34-year career with SunTrust and its predecessor – Trust Company Bank of Georgia.

“This is building on the legacy and heritage of our two fine companies,” King said. “This is about building on top of what we’ve already built.”

Lastly, Rogers was asked about whether the Atlanta Braves were aware of the new name. The Atlanta bank has the naming rights for SunTrust Park, and the expectation is that eventually the name will be changed to Truist. 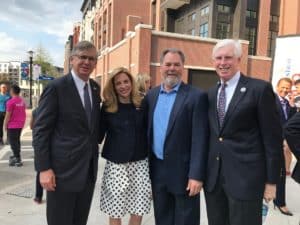 “We have a fantastic partnership with the Atlanta Braves,” Rogers said. “We’ve had lots of dialogue. Nothing is going to change for this season. We expect the naming rights relationship to continue for years to come.”

The merger of the two banks is expected to close in the third or fourth quarter of this year. It is subject to satisfaction of customary closing conditions, including receipt of regulatory approvals and approval by the shareholders of each company.

By comparison, SunTrust had $220 billion in assets as of March 31. Until the merger is completed, BB&T and SunTrust will remain separate and independent companies.