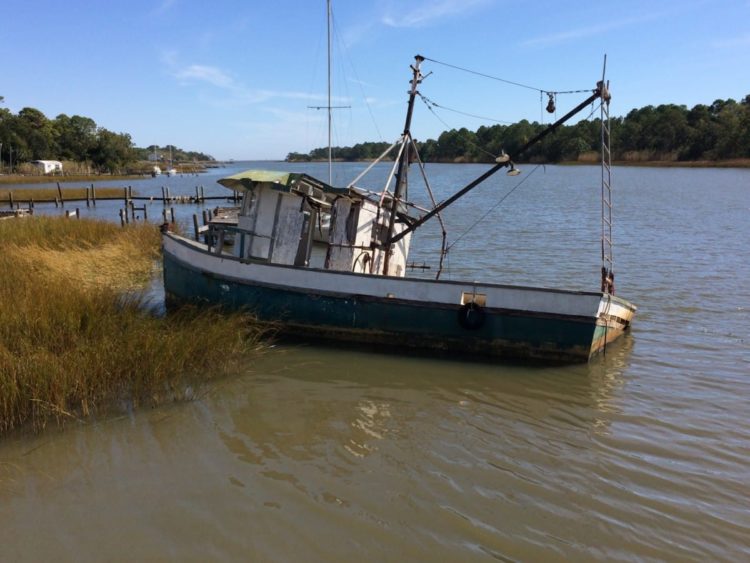 Metro Atlanta may have escaped unscathed, but farmers in Southwest Georgia may one day feel the prick of the Supreme Court’s ruling Wednesday on the lawsuit Florida filed against Georgia to increase the flow of water into the Sunshine State.

The court sent the case back to Special Master Ralph Lancaster, with instructions to take the necessary steps to come up with a plan to equitably distribute waters flowing in the Apalachicola-Chattahoochee-Flint River Basin.

Metro Atlanta’s water consumption once was the primary target in Florida’s claim that Georgia was using so much water that the fishery at Apalachicola, Fla. was dying for a lack of fresh water. The new ruling points in a different direction.

The notion that the ruling suggests farmers in Southwest Georgia may face increased scrutiny over their water consumption habits was raised by observers including Craig Pendergrast, an environmental attorney who specializes in water law at the Atlanta law firm Taylor English Duma, LLP.

Pendergrast observed the court ruling barely mentions metro Atlanta. When it does, the ruling notes that Florida agrees with Georgia’s claim that the region had, “demon­strated effective water conservation.”

The use of waters of the Flint River to irrigate fields is mentioned repeatedly. When farmers draw from creeks or wells, the end result is less water flowing through the Flint and the underlying Floridan Aquifer, Pendergrast said. The aquifer stretches from the southern tip of Florida almost to Macon.

Given the court’s focus on the usage of the Flint River waters by the agricultural industry, Georgia could respond with steps to conserve water pumped to irrigate fields. Georgia has taken steps in this direction with meters attached to water pumps and the usage reported to the state Environmental Protection Division. Other steps could include reconfiguring the center pivot irrigation systems that lose water to evaporation before it reaches plants.

“Georgia may be in position to control its own destiny while the case remains pending,” Pendergrast said. “It may be quite a while until the special master makes a recommendation. … In that time frame, the EPD could come up with a better way to more effectively manage, and appropriately condition, farm irrigation use in the Flint Basin.”

In its ruling, the Supreme Court recognized the view of the special master, in that the U.S. Army Corps of Engineers has ultimate control over water flow through the ACF River Basin. That’s due to the corps’ congressional mandate to manage the reservoir system to provide water and flood control along the basin.

The ruling noted that the corps is now willing to comply with a consumption decree placed on the system:

The corps took this position following Lancaster’s recommendation, on Feb. 16, 2017. On March 30, 2017, the corps itself issued its water control manual for the ACF Basin.

A number of entities expressed their views about the ruling. Here is a sampling: 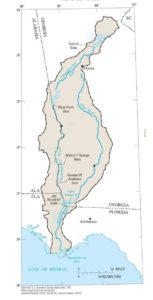 The Supreme Court included this map of the Apalachicola-Chattahoochee-Flint River Basin in the ruling released Wesnesday. Credit: supremecourt.gov 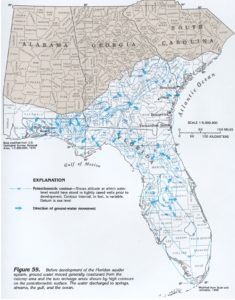 The Floridan Aquifer, shaded here in blue, is an underground river system that is affected by water pumped from the Flint River Basin to irrigate crops. Credit: pubs.usgs.gov 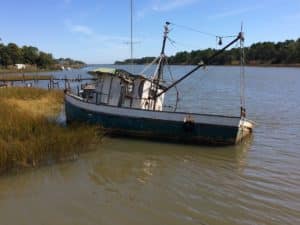 Richard Dunn, director of the Environmental Protection Division of the Georgia Department of Natural Resources, speaking Wednesday after a DNR board meeting:

ACF Stakeholders, a group of individuals, corporations and non-profits seeking a resolution of the ACF River Basin concerns:

The Council for Quality Growth issued a statement  Wendesday afternoon.

Maggie Lee contributed to this report.