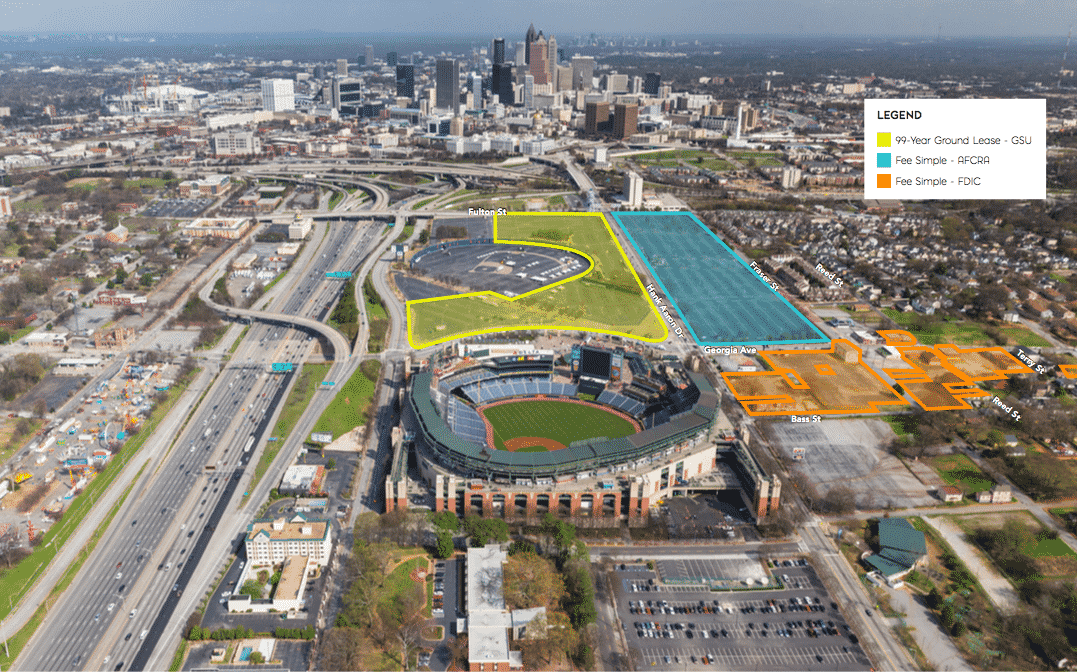 By Maria Saporta
As published in the Atlanta Business Chronicle on Dec. 30, 2016

After decades of feeling burned by the false promise of new development, Turner Field community leaders have reason to be wary.

This time could be different.

With the sale of the Atlanta Braves’ former ballpark underway, community members say they are forging a closer relationship with the biggest players behind Turner Field’s planned redevelopment, Georgia State University and Atlanta developer Carter.

The strength of that relationship will be closely watched in Turner Field neighborhoods such as Summerhill, Mechanicsville and Peoplestown, which have suffered through decades of division and failed pledge 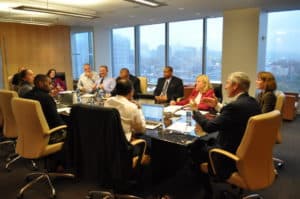 But now, Carter and GSU say they are talking with the neighborhoods about a variety of programs, from job training to infrastructure improvements.

“From the beginning, we have always intended to be respectful of the community’s interests,” said Scott Taylor, president of Carter. “We have chosen to interface with the elected representatives of the neighborhood organizations. My hope is that we can produce an outcome that all stakeholders are pleased with — the residents, the business owners and everyone who truly has a stake in those communities.”

It’s not been an easy process.

Such an agreement was in place with the Atlanta-Fulton County Recreation Authority, which provided a portion of the stadium’s parking revenues to the communities — a fund that has raised about $7 million over the past 20 years.

The development team, however, has said it cannot sign a similar Community Benefits Agreement because there’s no public body providing ongoing revenues to the project. But they insist they will work to implement a shared vision with the community.

The mixed-use development planned for Turner Field and its sea of parking lots will include residential, retail and possibly an office building in addition to GSU’s athletic facilities.

Taylor said the closing process has begun, and the sale should be completed in early January. Carter also is acquiring another 4.7 acres of property that was once owned by John Elder, and Taylor said they will close that sale later in January.

For the past 18 months, Georgia State and Carter have been meeting with the elected representatives of the Summerhill, Mechanicsville, Peoplestown and Grant Park neighborhood associations to hammer out what issues are most important in the redevelopment of the 70 acres that made up the Turner Field property, the former home of the Braves, who are moving to SunTrust Park in Cobb County.

Carla Smith, the Atlanta city councilwoman who represents the area, said the community has experienced a great deal of turmoil with false hopes and broken promises ever since Atlanta-Fulton County Stadium was built in the 1960s.

“I would have bargained with God to not have the Braves leave,” Smith said about when the Braves announced they were moving. She knew “an empty stadium is an invitation for blight,” which would be another blow to the community.

But her feelings have changed. 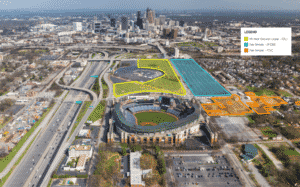 Tim Franzen, a spokesman for the Turner Field Community Benefits Coalition who was active in the Occupy Atlanta movement, is not convinced.

“This community really has been victimized by bad development deals for decades,” said Franzen, who described the area as a once thriving middle-class community that lost 10,000 people.

“We believe a community should have some control. Right now, community members are fighting for a seat at the table,” Franzen added. “We will continue to put pressure on Carter and GSU until they are willing to sit down with folks in the neighborhood.”

Alison Johnson, a 40-year resident of Peoplestown and a member of the coalition, said she would like to see a collaborative effort between the community, GSU and Carter.

“We could set a precedent for how universities work with communities. It could be a model program to help enfranchise people. I feel like we really have an opportunity, a platform for how community benefits can work effectively.”

Sherise Brown, a 25-year resident of Peoplestown, insisted a Community Benefits Agreement is important because it protects the neighborhoods.

“We need oversight and commitment — not a plan,” Brown said. “We are not trying to be enemies. We are pro development. We just want a seat at the table.”

Community leaders, however, said they have been meeting with Carter and GSU for the past 18 months, and they are comfortable with the work that’s underway.

“The community is at the table,” said Suzanne Mitchell, the 2016 president of the Summerhill Neighborhood Association. “We have determined what the community wants, and we are working towards funding and allocation of resources to bring those items to fruition.”

Those items include parks, a new street grid, streetcars, community use of the athletic facilities, attracting local businesses to the area and interfacing between Georgia State and the residents.

“I’m optimistic there will be an agreement,” Mitchell said. “This agreement is about services. It’s about quality of life.”

“People in the room have been talking in terms of compromise and working together,” Hudson said. “There’s no room for any kind of cash payout to anyone with this kind of deal. It’s much better to work cooperatively and work hand-in-hand with the developer. Let’s make this the greatest thing for the neighborhoods and the developers.”

Laura Beall, past president of the Peoplestown Neighborhood Association, said the former approach did not work. “Of all the dollars that were generated out of the parking revenues and given to the community, there was very little to show for it,” she said. “Let’s not do what has been done before. We want a community with definite outcomes.”

Beall, an urban planner, credited much of the progress to the Livable Communities Initiative that helped define the desired urban design for the area.

“We all want the same things. It’s just how we get there,” said Georgia State President Mark Becker. “We want to be a good neighbor and a good citizen.”

GSU, through its Office of Civic Engagement, is assessing how it can become more involved with the community — primarily by providing educational resources and tools for healthy living.

Becker said the first phase will be to reconfigure Turner Field and turn it into a 20,000-seat stadium for football with GSU playing there next fall. Phase two will focus on completing the GSU facilities, expected to be a baseball park.

Mitchell, the sister-in-law of City Council President Ceasar Mitchell, said she started out not wanting stadiums in the community. But she then realized most of the community was comfortable with Georgia State and Carter.

“In my mind, what started out as lemons is becoming lemonade, and it’s solely because of the individuals at the table,” Mitchell said. “Was this our first choice? Absolutely not. Have we made the best of a situation that was not in our control? Absolutely. It could have been a lot worse.”