Cool Girls has named a new executive director – Tanya Egins, succeeding Sandy Welfare, who is stepping down after five years of leading the organization. Welfare volunteered for Cool Girls for more than 20 years, and she will continue to serve as a mentor to a “cool girl.”

Egins has served as deputy director of Cool Girls since 2010.

“I know firsthand the vital role that Cool Girls plays in changing how girls see themselves and helping them recognize their unlimited potential regardless of their circumstances,” Egins said in the release announcing her selection. “It’s an honor to have the opportunity to lead an organization that works every day to provide girls with the tools they need to have healthy, happy, successful lives.” 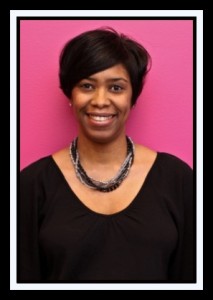 Egins has been involved with Cool Girls for most of its 25-year history of empowering girls in Atlanta.

Jeff Boykins, chair of the Cool Girls board, thanked Welfare for leading the “organization to new heights,” and for serving as “an excellent mentor and role model” to the girls involved in the program.

“We are extremely excited to name Tanya Egins as the new Cool Girls executive director,” Boykins added. “Tanya has been a member of the Cool Girls team for over 13 years and has been influential in the development and growth of our award winning programs. She is the ideal person to provide vision and direction for this organization. We look forward to Tanya’s leadership as we continue our mission of inspiring Atlanta girls to change their world.”

Egins joined Cool Girls in 2001 as the Cool Sisters Mentoring Program Manager, where she was responsible for increasing 30 matches to more than 100 in a year. Egins later served a Cool Girls’ director of programs before being promoted to deputy director in 2010, when she took over the organization’s day-to-day operations and the oversight of program delivery to more than 400 girls participating in the nine Cool Girls’ programs at metro Atlanta schools.

“Tanya’s promotion to executive director is well deserved,” Sandy Welfare said in a statement. “Her vision for Cool Girls will propel the organization to the forefront of solving 21st century issues that affect girls living in poverty.  The need is great; the organization is poised to respond.  I wish her much success.”

Egins also served as the assistant director of the National Kidney Foundation of Georgia.  Her responsibilities included analyzing and monitoring annual budgets for various programs; grant compliance as well as program management.

Egins attended undergraduate and graduate school at Valdosta State University.   She is a member of the Kiwanis Club of Atlanta, Association of Fundraising Professionals and Alpha Kappa Alpha Sorority.

She resides in Atlanta with her husband Chris and their three children, Zachary, Micah and Zoey.