Taxes for infrastructure should be seen as investments

By Guest Columnist PHILIP CHENG, a graduate of the 2011 class of Emory University, wants to devote his career to helping remedy the world’s agricultural problems

People do not normally get thrilled when they hear the term “infrastructure.”

But fans of “infrastructure” — meeting at the recent Urban Land Institute Infrastructure Summit held at the Georgia World Congress Center — seemed to jump with excitement at the mention of the word.

Jeff DrFresne, executive director of the ULI-Atlanta District Council, believes that a better infrastructure means a better planet. Various speakers at the summit talked about the importance of having strong transportation, education and water resources.

As a fresh Emory University graduate with a degree in environmental studies and sustainability, I’ve studied and worried about the issues that were being discussed. 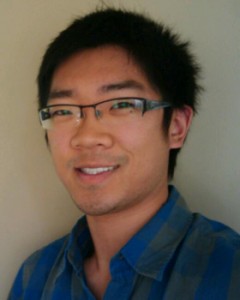 During the summit, I heard a range of ideas floating through the hall. Bringing some of those ideas down to earth was Maria Saporta, long-time business and community reporter.

She led an informal discussion panel including Renay Blumenthal, senior vice president of public policy for the Metro Atlanta Chamber, Curtis Johnson, president of Citistates Group, Katie Kirkpatrick, vice president of environmental affairs for the Metro Atlanta Chamber, and Sandy Markwood, Chief Executive Officer of n4a.
Saporta opened with general questions such as “What does infrastructure mean to you?” Panelist Blumenthal said it was the “bones and foundation” of a community. Johnson said it was “all the investments you make” and “all the things you put in” to make the future you want.

Later in the discussion, Saporta asked a very pointed question: Why shouldn’t taxes be called investments?

As someone who has not yet paid payroll or property taxes, this was a new question for me. I’m used to hearing people grumble about paying taxes. Never have I heard anyone call it an investment, yet all four panelists said yes. Taxes are an investment; the taxes Americans pay have a long-term payoff.

Infrastructure equates to quality of life, and in order for that to increase, there must be funding, which comes from taxes. People do not always see the results of their tax dollars, so it can be hard for them to support development of housing communities or education.

Without money, improving infrastructures is slow. Mayors and leaders who do not see these concerns as a high priority will not invest much into them. As I see it, this is why the mindset needs to change. The new focus of discussion should be on our long-term needs.

We need to invest even if we may not see the results ourselves. After all, former Atlanta Mayor Shirley Franklin championed the launch of the Atlanta Belt Line. But it is still being built even though her term in office is over.

As someone who initially knew nothing about the issues being discussed, I was quickly influenced by the significance of our infrastructure needs after hearing the way these men and women talked about the topic.

A community infrastructure is made up of factors such as lifelong living, sustainable water practices, future workforce development in schools, and a long list of other pieces of society.

The concluding ULI panel on infrastructure was tinged with wit, but full of common sense and pragmatism. For me, it helped tie up loose idea, and it made me leave the summit as a fan of all forms of infrastructure.