Ted Turner honored with his own street – Ted Turner Drive 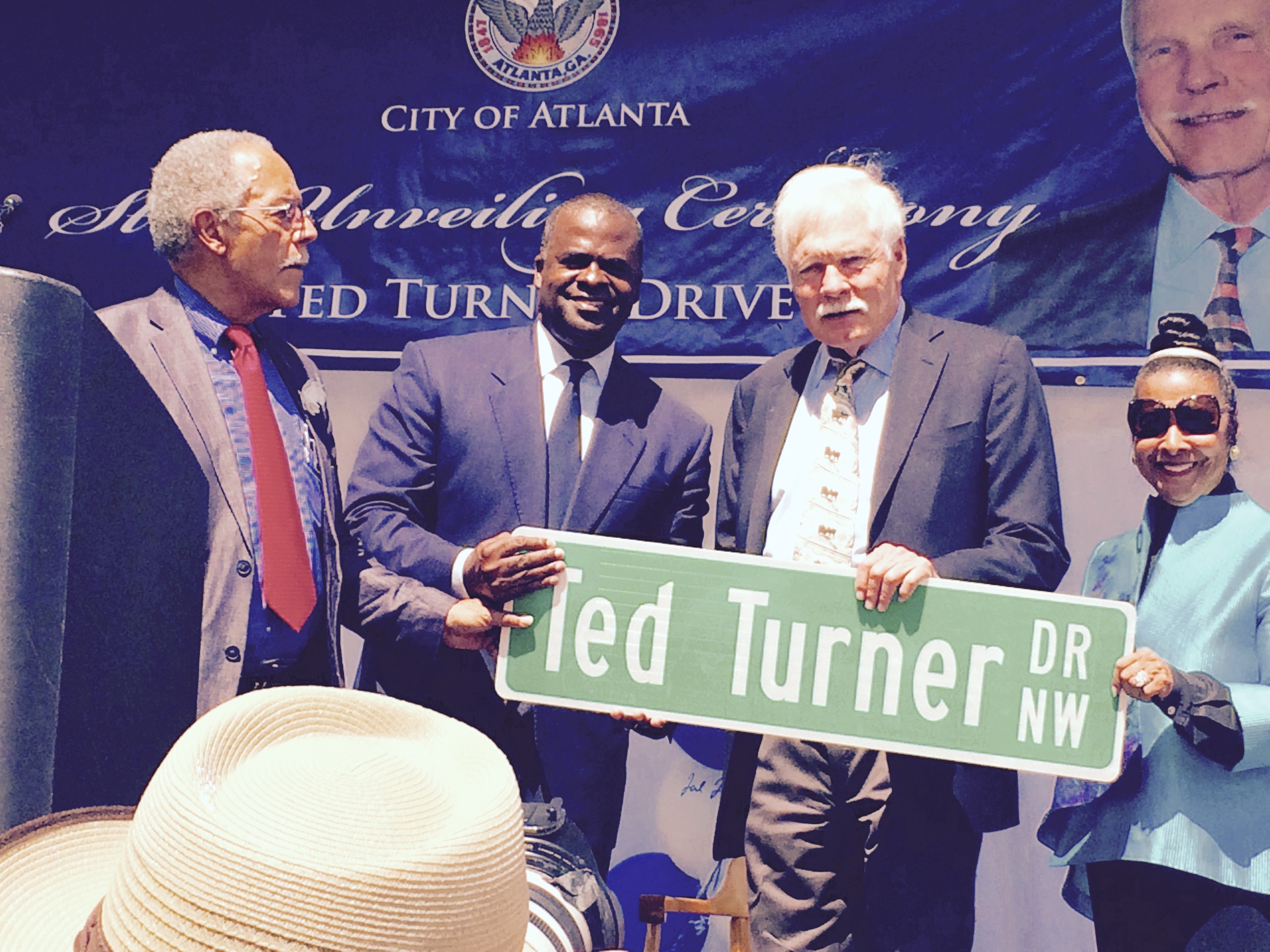 Atlanta business, political and civic leaders gathered under the sweltering hot sun on Tuesday morning to thank Ted Turner for helping put the city on the map.

Hundreds of people came – many sitting in the shade of a huge tent provided by the City of Atlanta on the parking lot across from the center of “Turner-verse” – to witness the official ceremony of naming part of Spring Street as Ted Turner Drive. 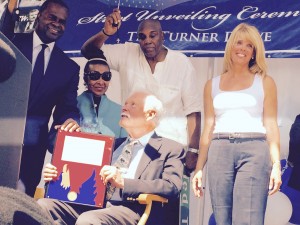 “We should pause and say thank you to a great man,” Atlanta Mayor Kasim Reed said, adding that the world knows Atlanta partly because of Turner and the 24-hour cable news network he created – CNN. “He changed newsgathering forever. That’s why I’m excited today. I wish I could do so much more than just rename a street, but that’s all I can do.”

Turner, who was surrounded by family, associates and friends, seemed touched.

“I can’t thank you enough,” Turner said. “This has been my hometown since I was a little boy.”

He went on to say how he couldn’t think of anywhere else where he would have rather based his business ventures than Atlanta.

“God bless you all,” said Turner, who has become a man of few words in recent years, before leaving the stage.

Xernona Clayton, who worked for the man who used to be called the “Mouth of the South,” remembered working with Turner at CNN Center. At the time, Turner lived in the building, and he used to walk around “without his clothes on,” she said.

“Ted has transformed this whole city,” Clayton said. “This man will never die. He has done so much. You will live forever in the city and in our hearts.”

Turner’s daughter – Laura Turner Seydel – thanked everyone for honoring her father for all the great work he had done throughout his life. 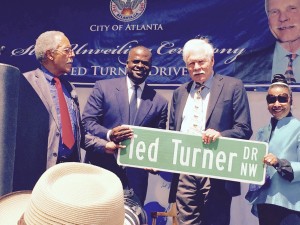 She also thanked him for supporting environmental causes and trying to minimize climate change and global warming. Atlanta is hot, she said, but her father was helping to make sure it didn’t get too hot.

Then her son – John R. Seydel – the oldest of his grandchildren – spoke about so many of Turner’s accomplishments – such as winning the World Series and starting CNN. Seydel, 22, said many of those accomplishments occurred before he was born (CNN was founded 35 years ago) or when he was too young to fully appreciate them.

But he said he would always remember his father’s philanthropy as his most lasting legacy – working to preserve the “delicate blue planet nestled in the vast reaches of space.”

It was Seydel who said the street-renaming ceremony was being held across the street from the Turner-verse (Turner Universe) in the building where most of his ventures are based at the corner of Luckie Street and Spring Street (now Ted Turner Drive).

Seydel went on to say that his grandfather believes in saving the human species.

“He is indeed the true Captain Planet,” Seydel said of Turner, adding that it has been his life’s mission to “save everything” – especially the human species.