Stories of recovery and reinvention inspire us, because they show us possible routes out of our own valleys. These stories prove that we ordinary people are capable of extraordinary resilience. 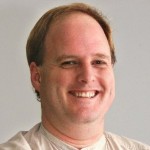 Each week since August 2011, I’ve told stories like that here. The column will continue, but without me for awhile. Starting next week, another writer will take over this space: Ben Smith, a former AJC reporter who is also my husband. He has written here previously about chicken nachos and his trail adventures.

My attention turns to my personal story of recovery, parts of which have been excerpted in the AJC and the Journal of American Family Life. I believe that we must be brave enough to open up a dialogue about a subject full of stigma and denial: mental illness. If we don’t, too many of our stories, especially our children’s, will keep ending too soon.

Each year, we lose about 4600 teenagers in this country because they have given up the struggle against their pain and have killed themselves.

As disheartening as that fact is, please keep reading – you may save a life.

In Georgia, suicide is the third-leading cause of death for teenagers;  most of those children are going to give some clue that they are thinking about suicide before they act.

For me, this subject is doubly personal, because I have two teenaged daughters and I am a survivor of attempted suicide as a teenager.

“If we were averaging the loss of about 100 young people a week to a virus, wouldn’t that virus be a topic of national politics?” Clark Flatt asked a group of parents who gathered for a seminar on teen suicide last year, at Glenn Memorial United Methodist Church in northeast Atlanta. 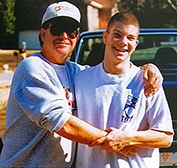 “Wouldn’t we be talking about stopping this virus before it takes my son, daughter, grandson, granddaughter or kid next door?”

Flatt spoke about his 16-year-old son Jason, an “All-American kid, no problems with drugs or alcohol—everything was picture perfect until July 16, 1997.”

That day, Jason had not shown up for work or answered a page that his dad had sent him with their family’s secret emergency code. Flatt went to their Tennessee home, expecting to find his son with his headphones on, listening to music to escape a problem with a friend or girlfriend. He expected to surprise his son, maybe wrestle a bit then go out in the pickup to talk about life.

Instead, Flatt found his son on the threshold, a .38 caliber bullet through his brain. “I remember it as vivid as yesterday, and picked up his hand and felt for his pulse,” Flatt said. “Then I lay down next to him.”

Flatt kept his son’s memory – and many teenagers — alive by starting the Jason Foundation. He speaks nationwide to create awareness of this “silent epidemic,” partly because it is left out of the typical school programs about alcohol, drugs and bullying.

“Most people are uncomfortable with the topic of suicide,” the CDC points out on its youth suicide webpage.

“Too often, victims are blamed, and their families and friends are left stigmatized. As a result, people do not communicate openly about suicide. Thus an important public health problem is left shrouded in secrecy, which limits the amount of information available to those working to prevent suicide.” 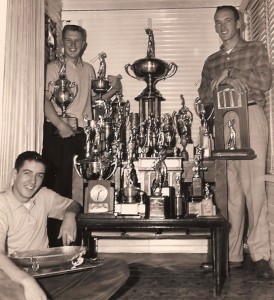 My father Jim Hiskey (left, standing) and his brothers were champion golfers who won college scholarships. Two played on the PGA Tour. Our family was competitive and successful, and trying to live up to that ideal nearly ended my life as a teenager. (Family photo)

After Flatt’s talk, sharing my story with my children and others became even more urgent. I knew how easy and comfortable it was to focus on family stories of success, and how those unfiltered stories can sometimes build an expectation where anything less is failure.

I grew up in a family like that, and like a lot of middle-class teenagers. My father and his brothers had pulled themselves out of rough, rural beginnings in southern Idaho to become national golf champions. Their trophies and newspaper clippings created in my mind a goal of achievement and belonging. I drove myself to earn athletic and academic scholarships to Duke University, where the pressure mounted and I collapsed. I withdrew from classes, the first time in my life that I had “failed,” and my downward spiral continued.

Many years later, when my children were born, I cringed at the thought of talking to them about the dark chapter in my life. I feared that they would not see me as their strong provider and caregiver. By then, I had heard about other women in my family who had also struggled with mental illness. Research and interviews helped me see these women as my family’s silent heroes. This journey of discovery is at the heart of my book project, “Trophy Girl.” 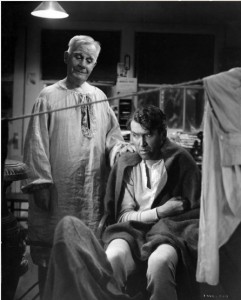 “Each man’s life touches so many other lives. When he isn’t around he leaves an awful hole, doesn’t he?” — Clarence the angel (played by Henry Travers) to George Bailey (Jimmy Stewart) in the 1946 film, “It’s a Wonderful Life.” (IMDB)

Still, it was my hardest moment to open up with my daughters as we visited the places in my life where my depression unfolded and I attempted to take my life. I knew in my bones why my relatives didn’t tell these sort of stories. Reliving those moments are hell.

Passing the truth to my children, though, made all of my discomfort worthwhile. They are armed with a more accurate family medical history and stories that show deep personal conflict as well as public success. Especially in their age group, the topic of suicide is too prevalent to remain taboo.

One of my favorite movies, “It’s a Wonderful Life,” is about a despondent man who rushes towards ending his life, before an angel intervenes to show him what the world would be like had he never lived.

“Strange, isn’t it? Each man’s life touches so many other lives,” the angel says. “When he isn’t around he leaves an awful hole, doesn’t he?”

Teenagers, arguably, struggle the most to see this bigger picture. They are smack in between childhood and becoming an adult who can make a unique difference in the world.

Let’s do what each of us can to let them know that they are not alone.