Teleworking offers workable options during snow days and every day

The two storms that hit metro Atlanta over the last three weeks effectively shut down the city’s transportation for four or five days. While politicians and officials are collaborating to determine how to better handle these situations in the future, metro Atlanta’s businesses are looking at their own performances after the storm to make similar assessments.

One of the conclusions coming out of this evaluation will be obvious. A business continuity plan is now an essential part of every organization’s workplace strategy, and emergency preparedness should be part of every family’s kitchen table discussion. 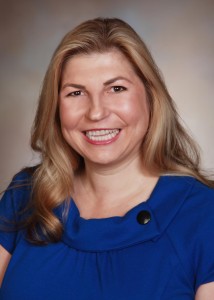 When these storms first hit, especially the Jan. 28 storm, most metro Atlantans had to put aside their work and focus on making sure they and their loved ones were safe. However, the outside world did not stop moving when Atlanta ground to a halt, and some organizations were more prepared than others to continue working.

Before VPN connections and remote logins, snow days limited what office workers could accomplish from home. However, the ease and prevalence of remote work technology has caused a shift in our approach to work: If workers cannot get at least some of their work done from home, organizations risk getting left behind.

The importance of telework becomes obvious during severe weather events when business continuity and family safety become a concern. But it’s also true for the rest of the year. A formal telework strategy gives forward-thinking employers a competitive edge in productivity, talent recruitment, employee satisfaction and the bottom line.

And while metro Atlanta has had its share of challenges with winter weather, we actually excel at allowing people to work remotely. Microsoft’s Work Without Walls survey named Atlanta the friendliest city for telework, and Forbes placed us second on its list of “most wired” cities.

We have experience working with some of the state’s top employers from both the public and private sectors to create programs that leverage the benefits of telework while minimizing any perceived drawbacks.

These efforts have produced measurable results in the Atlanta region. More than a quarter of all metro commuters, about 600,000 people, telework at least occasionally. It is the fastest-growing and most popular commute alternative in the region, each week eliminating some 12 million vehicle miles from the roads and 6,000 tons of pollution from the air we all breathe.

Interestingly, there’s still room for growth.  Some 242,000 commuters who do not currently telework believe their job responsibilities would allow it, if their bosses were amenable to the idea.

If you or your business felt left behind because of the lack of a business continuity plan that addresses remote work capabilities, look into improving your operational strategy and take advantage of the consulting services available to Georgia employers through Georgia Commute Options.

Teleworking is here to stay, and it is destined to only increase in the future.