Texas: A big state in a shrinking world 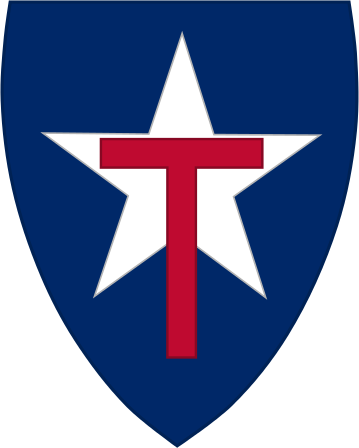 Texas is a big place, there’s no debating that. In these times, it’s also a big place adjusting, often uncomfortably, to a world growing smaller and smaller.

Earlier this year, the U.S. Army Special Operations Command announced that it would be training with other U.S. military units this summer in an exercise, called Jade Helm 15, in its biggest exercise ever. Designed to simulate terrain conditions all over the world, Jade Helm will be conducted in seven states: Arizona, Florida, Louisiana, Mississippi, New Mexico, Texas and Utah.

To this a conspiracy theorist might say, “You had me at Jade Helm 15.” The internet has crackled with stories about how Jade Helm is at the center of a vast plot to enforce martial law, take away American’s guns, and round up dissidents to be transported to “death domes” for elimination. The closing of five Wal-Marts has been linked to the plot (staging centers for the government takeover). As proof, there have been videos on YouTube of empty Wal-Mart parking lots.

Presumably these stories have stirred some level of concern in all the affected states, but only in Texas has the governor deemed them serious enough to take action. Last week, Gov. Greg Abbott ordered the Texas State Guard to monitor the exercise in his state, so that “Texans know their safety, constitutional rights, private property rights and civil liberties will not be infringed.”

It’s easy to take shots from a distance, but Abbott’s move could be viewed as a shrewd move to defuse a tense situation. Earlier, a hostile crowd confronted an Army officer explaining the mission at a Bastrop County commissioner’s court meeting.

Rather than interfering with the exercise, Abbott may have dissuaded some of his more zealous citizens from monitoring the exercise on their own. There was an element of anti-federal rhetoric in the governor’s order, but he knows his people, who can get very worked up.

The Texas State Guard, when you learn about it, seems well suited for this mission. It’s not the Army or the Air Force National Guard, but a third branch of what they call the Texas Military Forces. The State Guard reports directly to the governor and the state adjutant general.

A lot of states have volunteer forces like these — here it’s called the Georgia State Defense Force — to assist other units during natural disasters and other emergencies. But with six civil affairs regiments with cool names like the Alamo Guards and the Travis Rifles, two air wings, a medical brigade and a maritime regiment, the Texas State Guard has the kind of heft to reassure the excitable that they won’t be trucked off to a death dome anytime soon.

There are, on the other hand, dangers nearly as bizarre and much more substantial for Texans to worry about, as demonstrated by the Sunday night shootout outside an exhibition in Garland, a Dallas suburb, sponsored by an anti-Islamist group which offered $10,000 for the best cartoon of the Prophet Mohammed.

In this case, the City of Garland proved to be prudent when it demanded an additional $10,000 from event organizers for 40 extra police officers. One of them shot and killed two presumed jihadists who had driven from Arizona in full body army and with automatic weapons, after they shot an unarmed officer in the leg.

The as-yet unidentified Garland policeman who shot the two jihadists with a service pistol is likely to be acclaimed as a hero, and a representative of the values the state holds dear. But the incident was a reminder that while it may regard itself as a nation-state, Texas can’t insulate itself from the world’s problems as thoroughly as some of its citizens might wish.

Garland was chosen by the anti-Islamic group because there had been a big protest there last year outside an event sponsored by an Islamic group, but the group’s president, Pamela Geller, is from New York. Like the case of Thomas Eric Duncan, the Liberian who died in Dallas of Ebola last year after transmitting the disease to two nurses, the Garland shootout wasn’t something most Texans would want on their doorstep.

In the course of the Sunday night disturbance, by the way, Garland police evacuated a Wal-Mart. But maybe the less said about that, the better.