Bernice King, CEO of the King Center, announces events and partnerships for the 2021 King Holiday Observance (Photo by Maria Saporta)

The King Center is reimagining how it marks the holiday events around the national holiday in honor of Martin Luther King Jr.’s birthday, and it has brought in more partners than ever before to expand its mission.

If he were still living, King would have turned 92 on Jan. 15. Although he was assassinated on April 4, 1968, King’s teachings continue to be as relevant as ever as issues of nonviolence, racial and economic equity came to a head during 2020 and the beginning of 2021. 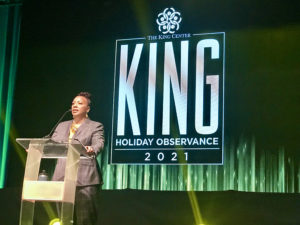 Bernice King, CEO of the King Center, announces events and partnerships for the 2021 King Holiday Observance (Photo by Maria Saporta)

Bernice King, CEO of the King Center, said the King Holiday Observance in 2021 is embracing a new mantle – the Beloved Community – a vision shared by her father as far back as the 1950s of a society based on justice, equal opportunity and love of one’s fellow human beings.

It was a concept central to the vision of the King Center for Nonviolent Social Change, founded by King’s widow – Mrs. Coretta Scott King.

Two major changes are part of the 2021 King Holiday Observance.

First, the King Center will now hold an annual Beloved Community Summit to be part of the week’s event. The two-day virtual summit was launched on Jan. 14, featuring renowned speakers, including Bryan Stevenson, founder and executive director of the Equal Justice Initiative.

The second major change is the rebranding of the Salute to Greatness Awards dinner, started 38 years ago, to the Beloved Community Awards.

Historically, the Salute to Greatness, held on the Saturday evening before the King Holiday, has been the King Center’s top fundraising event.

But this year, because of the Coronavirus pandemic, the Beloved Community Awards will be a virtual event will be streamed on Twitter, thekingcenter.org and Facebook on Saturday night from 7 p.m. to 9 p.m. 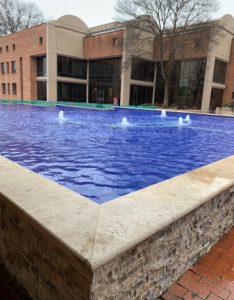 The intersection between the pandemic and racial unrest caused by the 2020 killing of Blacks, such as George Floyd has created greater awareness around the issues the King Center has been addressing for more than five decades.

“The level of compassion and sensitivity has increased,” Bernice King said. “There’s some good that’s come from that. People have been more generous.”

For example, last year, the Salute to Greatness dinner – a fancy, sit-down event – raised more money than any other Salute in the King Center’s history

“This year we have come very close to that because of existing friendships,” said Bernice King, who added the top-level sponsors – Kia and Delta – each continuing their $100,000 sponsorships. Several other sponsors, such as Coca-Cola, were at the $50,000 level for the virtual event. Delta CEO Ed Bastian is chairing the Beloved Community Awards event, which will include Salute to Greatness awards.

As a result, the King Center’s finances are stable, even though challenges remain.

“We are out of debt. We got out of debt last year,” she said. “I have been able to work with different people to stabilize the King Center. But the building is 40-something years old. A decision is going to have to be made whether to renovate or rebuild the King Center.”

King also said she Center needs to raise ongoing revenues to support its day-to-day operations and nonviolence training. It has received funding from Apple, Cox Media, the state of Georgia and the city of Atlanta. 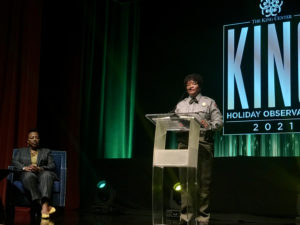 At a press conference on Jan. 11, the King Center announced an unprecedented number of strategic partnerships for various events throughout the week and beyond.

“More of us are beginning to understand the importance of the collective,” Bernice King said. “We have been very intentional about that.”

The MLK National Park is still closed, but it is holding virtual events during the week. Th

The 2021 Martin Luther King, Jr. Beloved Community Commemorative Service will broadcast live on Fox 5 and will also stream live on Facebook Watch and thekingcenter.org, on Atlanta on Monday, the actual King Holiday, from 10:30 a.m. to 1:45 p.m. 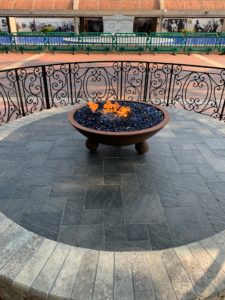 The campus of the King Center includes an eternal flame as well as the crypts of Martin Luther King Jr. and Coretta Scott King (Photo by Kelly Jordan)

Although Bernice King will be at Ebenezer for the service, the public will only be able to attend virtually.

The annual King Day March will not take place this year, but the 2021 King Holiday Observance will have the “King Family Wreath Laying” ceremony on the campus of the King Center at 2:15 on Jan. 18.

“We have to continue to find a way to create the Beloved Community,” Bernice King said at the press conference unveiling all the events. “We have to do it with the power of love and the strength of love.”

Then when asked about the unusual year because of the pandemic, she said she missed being able to see everyone in person.

“A great part of me is sad. I miss you all,” she said. “It’s very difficult, but I thank God for the gift of technology that enables us to still do something that’s meaningful. We know technology can be an instrument of good as well as an instrument of evil. We hope by this time next year, we will be able to gather together again.”