The Actress and the Planter: A Lesser-Known Civil War Story 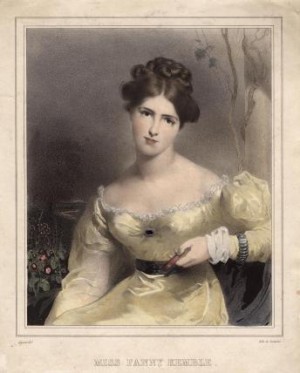 Fanny Kemble published a graphic account of the horrors of slavery, based on firsthand experience at her husband's plantation.

Pierce Mease Butler and Fanny Kemble had a tempestuous marriage and divorce, the effects of which passed on to their children and grandchildren — not unlike the separate regions of the nation where they lived. 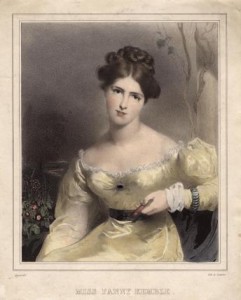 Fanny Kemble published a graphic account of the horrors of slavery, based on firsthand experience at her husband’s plantation.

Fanny Kemble was a brilliant Shakespearean actress and prolific writer, born to a London family famous for its performances before kings and queens. In 1832, she and her father ventured to America to raise money for their London theater through a series of plays in New York, Boston, Washington, D.C., and Philadelphia. Kemble’s performances electrified audiences everywhere, including Chief Justice John Marshall, Senator Daniel Webster — and one Pierce Mease Butler, a some-time actor who played flute in the orchestra that accompanied her.

Pierce Mease Butler was the grandson and heir of Pierce Butler, who fought in the Revolutionary War, served as a delegate to the U.S. Constitutional Convention, and at the time of his death in 1822, was one of the South’s wealthiest slave owners.

New Georgia Encyclopedia author Stephen W. Berry suggests that “in certain respects, Pierce Butler did not die at all, ruling his family from beyond the grave. His will, a byzantine affair, cut some children out altogether and passed his Georgia estate directly to this grandsons — providing that they changed their name to Butler. All eventually did, lured on by the awful majesty of the major’s legacy.” 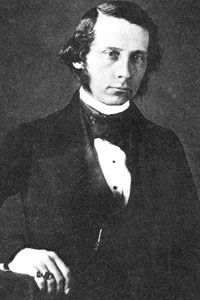 Pierce Mease Butler inherited rice and cotton plantations on the Georgia coast, along with 500 slaves. He gained national notoriety for staging the largest single slave auction in U.S. history.

Thus, at the age of 16 Pierce Mease Butler entered the ranks of the rich by inheriting more than 500 slaves and highly profitable rice and cotton plantations on St. Simons Island and Butler Island. The young Butler lived primarily in Philadelphia, as did his grandfather before him. Each entrusted the management of their Georgia property (human and otherwise) to overseers.

In 1834 Butler, smitten, proposed to Fanny Kemble, who accepted not only his offer but also his condition that she set aside her budding career as an actress. Money, it seemed, would never again be a problem for the artist.

The marriage got off to a rocky start. Not only missing her family and homeland, and regretting her agreement to leave acting behind, Kemble was also absorbing Philadelphia Quaker sentiments against slavery, her husband’s main source of wealth. Butler convinced Kemble to spend the winter of 1838 on his Georgia plantation.

There, he was certain, she would learn the error of her views, although, according to New Georgia Encyclopedia author Catherine Clinton, this was a “miscalculated attempt” by Butler.

It was a fateful trip. Traveling ahead of Butler with their two young daughters, Frances and Sarah, Kemble encountered the institution of slavery firsthand at Butler’s plantation, an experience that hit like an earthquake. In her weeks there, she fell into a deep darkness, much disturbed by what she saw and heard, recording her thoughts and observations in her journal. She took an active interest in the care and health of Butler’s slaves, complaining vigorously about the overseer’s cruel treatment.

After just a few months, she began the journey back to Philadelphia, realizing that through her marriage she had become an accomplice in the “peculiar institution.” Although eager to speak and write about what she had experienced, Kemble was forbidden by her husband to publish her journal, and he even went so far as to threaten anyone who tried.

In 1849, in a trial widely publicized on both sides of the Atlantic, Butler and Kemble divorced. Butler obtained custody of their daughters, allowing them summer visits with their mother.

Although now a fixture in international abolitionist and women’s rights circles through her published writings, Kemble continued to resist calls for the publication of her 1838 antislavery journal. She worried about Butler’s retaliation in a family war that already was spreading to the children.

After the Civil War began, Kemble returned for a time to her home in London, while Butler remained in Philadelphia. Worrying that the British government might recognize the Confederacy, in 1863 she at last consented to publish Journal of a Residence on a Georgian Plantation in 1838-1839. 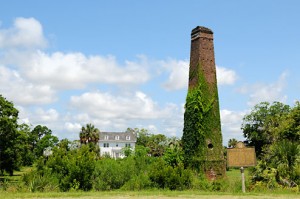 The Butler Plantation, near Darien, Georgia, was a rice plantation owned by Pierce Mease Butler. His wife, Fanny Kemble, spent the winter of 1838-39 here.

We can’t say whether her graphic account of slavery contributed directly to the decision of Parliament and the Prime Minister to decline granting recognition to the Confederacy, but at the least, it hinted at the prospect of a great public outrage in the event that they did.

After the Civil War, Pierce Butler returned to Georgia to make a go of it on his plantations, but now without slaves. He died of malaria in 1867, and his daughter Frances Butler Leigh inherited the land. She and her husband (an English clergyman) returned to Georgia to grow cotton and rice. When the freedmen (formerly the plantation’s slaves) refused to work for them, their business failed.

Long at odds with her mother’s stance on slavery, and irate with the new freedmen, Frances Butler published in 1883 her own memoir, Ten Years on a Georgia Plantation, in an attempt to refute her mother’s blistering indictment.

The elder daughter, Sarah, sided with her mother. She married Owen Jones Wister of Philadelphia. Their son, Owen Wister, gained fame as the author of The Virginian, perhaps the greatest Western of all time. Reportedly, Wister sympathized more with his Grandfather Pierce and Aunt Frances than with his grandmother Fanny. Is this true?

The main character in his novel is a one-time aristocratic plantation owner from Virginia who moves to the Wild West as a cowboy after the Civil War. He becomes “a courageous loner who follows his private code of honor while prevailing over the forces of evil.” We might also ask, like Kemble? Or is the hero more like Butler, who finds himself torn between his love of the worldly Fanny and his honorable loyalty to the South’s way of life?

Today on Butler Island near Darien, in southeast Georgia, the savvy tourist will find two historical markers, each identifying the location of Butler‘s rice plantation (the house and mill chimney still stand). One marker describes Fanny Kemble as “the brilliant English actress” whose journal of her time on the island “is said to have influenced England against the Confederacy.” 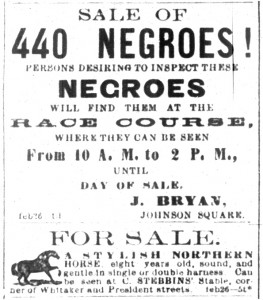 At this slave auction, which later became known as “the Weeping Time,” Pierce Mease Butler sold more than 400 slaves.

A second marker closer to the mansion reports that Kemble’s younger daughter, Frances, lived with her husband after the war at this location, where she “wrote a book, Ten Years on a Georgia Plantation, an interesting and valuable account of life in this section during the Reconstruction.”

Each woman’s personal history of life on Butler Island adds to the overall picture of what life was like in the South before and after the Civil War, contributing to a historical narrative of conflicting opinions that still obscure a clear national consensus on the causes of the war to this day—much like a divorce in which both parties can’t agree on what went wrong.

The trauma of war lingers in many ways, but in time citizens of a nation, in reflecting on the past, begin to form their own record of perceived heroes and villains.

It is interesting that in Philadelphia, near where Pierce and Fanny lived when married, there is a sign dedicating a public park to the memory of Fanny Kemble. But the only marker dedicated exclusively to Pierce Mease Butler’s memory is one in Savannah, which explains that in this city in 1859, he gained national notoriety for having staged what may have been the largest single slave auction in U.S. history (436 men, women, and children were sold).

Forcing the break-up of many slave families who had lived for generations on his plantations, African American heritage remembers this event as “the Weeping Time.”

Each of us, as readers and observers of history, may draw our own conclusions as to those people and events that most contribute to, or hinder, the progress of civic society.