A rendering of the proposed Atlanta Public Safety Training Center. (Image via www.atltrainingcenter.com)

By Guest Columnist LILY PONTIZ, an environmental engineer and member of the Community Stakeholder Advisory Committee for the Atlanta Public Safety Training Center.

Since joining the Community Stakeholder Advisory Committee (CSAC) for the Atlanta Public Safety Training Center, I have observed the developers from DaVinci Development Collaborative, along with the Atlanta Police Foundation, mislead the community into believing that they are following a legitimate, regulated environmental due diligence process.

In reality, they are doing less than the minimum to meet the legally-defined standards for environmental site assessment reporting, and are breaking the trust of stakeholders and the terms of their Ground Lease Agreement with the City of Atlanta.

For those unfamiliar with Phase I and Phase II Environmental Site Assessments (ESA), here is a brief overview:

A Phase I ESA is an evaluation of a property’s current and historical use, completed prior to the sale of the property, to determine the potential for hazardous conditions to be present. The goal is to find potential areas for remediation including soil and water contamination to understand environmental liabilities associated with the site.

In Phase II, the goal is to fully characterize these liabilities using detailed fieldwork and subsurface testing, to know up-front what the cost and risk will be of developing the contaminated areas. 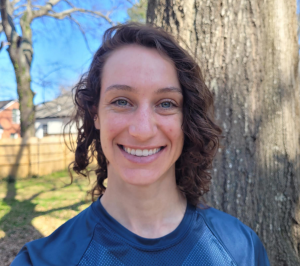 Lily Pontiz is an environmental engineer, formerly registered as a professional engineer in Georgia, with experience treating emerging water contaminants. She is currently a graduate student in Urban Studies at Georgia State University and a member of the Community Stakeholder Advisory Committee for the proposed Atlanta Public Safety Training Center.

In the case of this project, the development team completed a Phase I ESA in April 2021 but did not release it to the public until after the Atlanta City Council approved the development Ground Lease in September 2021. Instead of completing a Phase II ESA, in December 2021 after months of promising they released a “Limited Site Investigation” (LSI). The consultant group Terracon noted throughout the report that it was based on an agreed-upon scope of services and not the ASTM standards.

This report neglected to investigate all recognized environmental conditions from Phase I, and the development team continued to refer to it as a Phase II ESA — implying it served due diligence functions it did not.

Since the City of Atlanta did not constrain the acreage of the Atlanta Police Foundation’s lease to any specific portion of the property, DaVinci Development Collaborative simply took the results of the Phase I ESA and avoided the planning development in the riskiest areas of the site, leaving contaminated areas for someone else to clean up in the future.

This is technically allowed by item 6.2 of the Ground Lease Agreement, which says if the Atlanta Police Foundation does not find anything that breaks current law, and they do not disturb a contaminated area, they are not accountable for cleaning anything up.

What is not allowed, according to item 6.3 of the Ground Lease Agreement, is pursuing a Phase II ESA report without entering into a separate agreement with the City with respect to the extensive Phase II ESA reporting and remediation of environmental conditions it would bring to light.

It is apparent that the development team would have preferred to title their Phase II ESA a “Limited Site Investigation” for several reasons: They can selectively avoid the requirements of an official Phase II ESA, they can avoid cleaning up environmental contamination that a full Phase II ESA would have found and they can avoid invoking item 6.3 of the Ground Lease Agreement which would slow the project down in negotiating another agreement with the City.

At this point, Atlanta Police Foundation continues to manipulate public discourse by referring to their Limited Site Investigation as a Phase II ESA, and the City of Atlanta has not attempted any recourse to correct these actions. This is yet another stage of this project that has moved forward with half-hearted due diligence, relying on a lack of accountability, no City of Atlanta oversight, and misleading the public.

Additionally, several questions raised by CSAC members were left unaddressed in the environmental site assessment process. The main point made by several members was about the discrepancy between promising a Phase II ESA and delivering a Limited Site Investigation with a clearly limited scope.

We also questioned the lack of soil investigation around the 20,000-gallon above-ground storage tank, the historic use and contents of which were unknown and could have been a source of pesticide, herbicide, or fuel oil leaks into the surrounding soil. No specific pesticide or herbicide screening was completed on the soil or groundwater samples despite their known historical use on the land.

Of the three groundwater samples, one showed the presence of 2-methylnaphthalene. In a full Phase II ESA, an engineer or scientist would have recommended an additional pesticide screening to follow up on the compound’s presence; however, no follow-up testing was completed in this Limited Site Investigation.

Finally, given the historical operation as a prison farm and plantation prior to that, conditions, violence, abuse, accidents, and harsh punishments, it is reasonable to believe that areas of the property could contain human remains in unmarked graves. This was never investigated.

Not fully investigating the recognized environmental conditions and the significant data gaps identified in the Phase I ESA, and releasing the Limited Site Investigation after months of promising a Phase II ESA, are signals of neglect on the part of the Atlanta Police Foundation and DaVinci Development Collaborative.

Comments and professional input from myself and others on the Community Stakeholder Advisory Committee were brushed off and no additional site investigations were considered beyond the Limited Site Investigation.

To remedy this, the City of Atlanta must force the development team to act responsibly by requiring a proper Phase II Environmental Site Assessment. If they fail to do so, taxpayers are likely to foot the bill for the remediation that is being ignored, or for the complicated litigation that will arise when this development team disturbs human remains on this site.