The boys of Currahee: they stood alone (Part 2) 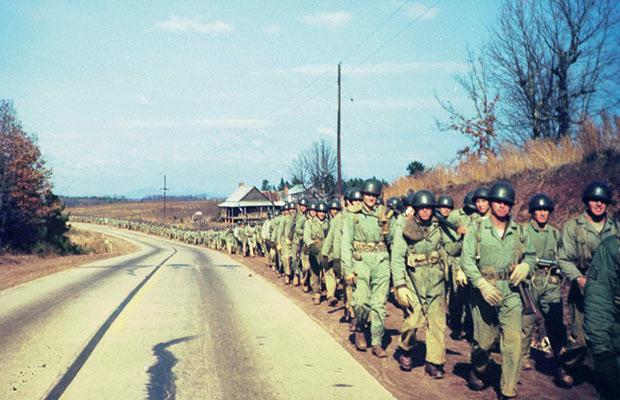 In part one of this story, I talked about the origins of Easy Company — the boys of Currahee — and their training at Camp Toccoa, Georgia, and their participation in the Normandy invasion of June 6, 1944. 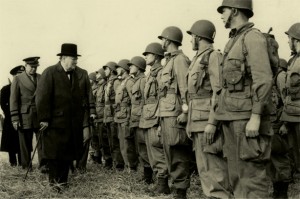 By November 1944, the Allied push toward Germany had stalled in the hills and valleys of France and Belgium. German defenses along the Rhine River were seemingly impenetrable. Then, on December 16, at the onset of winter, the enemy launched a massive counteroffensive that caught the Allies by complete surprise.

A German force of seven tank divisions, 250,000 Wehrmacht soldiers and Waffen-SS infantry pushed through the Allied lines in the Ardennes forest of Belgium—the first step in a daring lightning strike to the Meuse River. If successful, it would divide the American and British forces and quite possibly lead to their defeat.

As the Germans clearly understood, a critical objective of the offensive was the capture of the town of Bastogne. It stood at the strategic intersection for a vital network of roads that they needed to control in order to transport heavy armor and troops to the Meuse. And it was to Bastogne that Easy Company and the rest of the 101st Airborne were hastily deployed.

A foxhole used by an Easy Company paratrooper during the Battle of the Bulge, near the city of Bastogne.

Because of the haste of their move to Bastogne, they arrived without adequate winter clothing, supplies, and rations. Heavy snowfall in the bitterest winter in memory complicated all movement. Their only shelter was the foxholes they dug for themselves. Surrounded, they endured endless artillery bombardments for the next three weeks, yet fought back and blocked the roads through the Ardennes forest, preventing the German advance. Called upon to surrender, their commander famously responded, “Nuts!”

While the snowstorms in December affected all operations, on balance, the weather favored the Germans. Low ceilings and poor visibility prevented airstrikes against their advancing lines. Moreover, the Germans were well supplied in munitions, fuel, winter clothing, and provisions.

Still, by the first week in January, it was evident that the counteroffensive was failing, and the Germans began pulling back toward the Rhine. Estimates of American casualties exceed 100,000. For the German forces losses likely exceeded 80,000. The abandonment of their equipment in the withdrawal would deprive the Third Reich of its last means of defense. 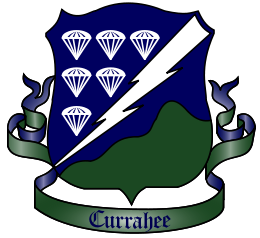 What became known as the Battle of the Bulge was, in retrospect, one of the turning points in World War II that helped to assure an Allied victory. The 506th and Easy Company (along with the entire 101st Airborne) received its second Presidential Unit Citation in seven months, this for its defense of Bastogne. The cost of that successful defense, however, was high and included 19,000 Americans killed.

Five centuries earlier Henry V challenged his outnumbered English troops to rally against the vastly superior forces of the French in the Battle of Agincourt. William Shakespeare imagined the king exhorting his men, reminding them that the smaller their number, the greater the honor they might share, and proclaiming these words:

“But we in it shall be remembered / We few, we happy few, we band of brothers.”

The Cherokee name for that mountain in north Georgia where the Currahee boys trained means “stand alone.” And stand alone and apart they did. The story of this modern band of brothers is both intensely real and a powerful metaphor about the will of outnumbered human beings to stand firm against oppression.

Postscript: One of the “Band of Brothers,” William “Wild Bill” Guarnere, died earlier this month. Only a handful of the 140 members of Easy Company are still alive.