The ‘farm-to-table’ movement — more fundamental than a fashion trend

By Guest Columnist MERIDITH FORD, editorial director of the Reynolds Group in Atlanta

A recent meal in Providence, R.I., sent my brain on a trip. The journey? Trying to define, once and for all, what the term “farm to table” actually means. I’m not sure, after so many years of overuse, it means anything anymore.

The meal was at a much-talked about restaurant, the Dorrance, where the chef, Ben Sukle, mines the mastery of this lauded movement with the precision of a dental hygienist.

Showy, inside the former Federal Reserve (which was a former restaurant as well as a bank) in the city’s downtown corridor, the restaurant’s lavish décor is as opulent and involved as a Tolstoy heroine. Sukle’s menu, in contrast, is a study in farm-to-table meets the molecular movement, and sometimes, consequently, suffers from borderline personality disorder. 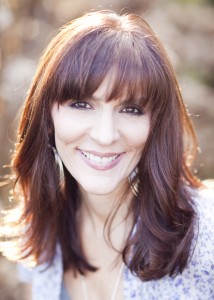 To point: Halibut – in white, fleshy glory (as meaty and steak-like as a fish can get) romps with a feathery showing of green foam, evoking as many corny sea references from my dining companion as he could muster. The dish seemed orchestrated – a little too much strained choreography and not enough good old-fashioned hoofing.

“Hoofing” is at the center of what the farm-to-table movement was about when the culinary cause first began nearly 30 years ago. Alice Waters, of California’s Chez Panisse, is the American chef most often credited with bringing what became the Slow Food movement – which embraces local food systems and lobbies for fair treatment of small farms – to American attention.

Odd that such a contrivance would be needed, since much of this country’s economic base before and during World War II was based in agriculture – particularly in the South. And not “Big Agriculture,” as defined by everyone from Slow Food founder Carlo Petrini to the movement’s anointed god, Michael Pollan, whose book, The Omnivore’s Dilemma, began a global phenomenon, and outlined why as a society we need to move back to as many locally sourced, seasonal foods as possible.

But the refrain I strained to hear while I nibbled through young winter lettuces, shaved country ham, radishes and roasted peanuts tossed with an ethereally light buttermilk dressing was one of authenticity. The food was fresh, delicious and clearly prepared with care and notes of artful interpretation.

But did my halibut actually come from New England waters? Admittedly, I didn’t ask. But my guess is that it came from the North Pacific, where nearly 90 percent of commercial halibut is fished.  And if I truly devoted myself to eating only locally sourced, seasonal foods, I have to admit I would miss halibut. And bananas. And pineapple.

When something as sensible as these tenets – embraced by our grandparents as a way of life – have to be outlined as a cause, something has gone astray in our food system.

And so what ensues is falseness, a pretense, that somehow eating this reasonably is a fashion; a trend only to be enjoyed at a certain level of propriety. “Farm-to-table” becomes a marketing catch phrase found on every menu from Atlanta to New England, and consumers find themselves scratching their heads while glancing over menus and picking out hydroponic tomatoes in the grocery aisle, trying to make out what it all means.

When I think of the chefs in Atlanta who truly embrace what it all means, three come to mind:

1) Bacchanalia’s Anne Quatrano, who has always cooked with a responsibility towards sourcing to provide the best flavor to her menu. So while she often uses vegetables from her farm in Cartersville, she also procures fresh asparagus each spring from Stockton, Cal., a city so regaled for its asparagus it holds a momentous festival each April.

2) Linton Hopkins is perhaps the city’s smartest and most vigilant of chefs when it comes to sourcing locally and eating responsibly, having founded the Peachtree Road Farmers Market. Hopkins was among the first of the city’s chefs to place a listing of the farms and purveyors he uses on his menu at Restaurant Eugene.

3) Steven Satterfield, whose menu – and acumen – at Miller Union is among the most sincere and genuine in the country.

My guess is that none of these chefs would tell me to never eat halibut again. It’s time we embrace – and insist on – what’s good and right about food as a given, not a marketing gimmick.

Note to readers: Meredith Ford was the dining critic and main food writer for two major newspapers for 12 years.  In the interest of full disclosure, Bacchanalia and Miller Union currently are clients of the Reynolds Group. But Ford will be leaving the firm April 19th to become executive editor of Modern Luxury Media.