The Georgia way — coming together to give and serve 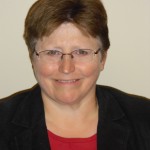 Last month I attended the Kiwanis Club of Atlanta holiday meeting. Almost 200 people were there, which is about double the number that gather each Tuesday at the Loudermilk Center to learn, serve, and connect. The reason why? Santa Claus was in attendance, and he and Tom Gay (president of Gay Construction) presented checks totaling almost $235,000 to 58 nonprofits to assist with projects that benefit the children and youth of metropolitan Atlanta.

From longtime recipients the Boys & Girls Club of Metro Atlanta and Hillside to first-time recipient the Southeastern Trust for Parks and Land, board members and staff turned out to accept the checks, say thank you, and celebrate with the Kiwanians. The Georgia Humanities Council received $1,760 to support National History Day in metro Atlanta. (Click here for the full list of recipients.)

Support for these contributions comes through an annual campaign, to which club members give, along with a distribution from the Kiwanis Club of Atlanta Foundation, which holds $2.9 million in assets. The foundation’s assets doubled in 1993 through a bequest from the estates of James and Helen Joyner. Mr. Joyner was a Kiwanis member, chairman of the Boys and Girls Work Committee, and the vice president of the J. M. Tull Company. According to Kiwanian Harry Lamon, Joyner had a strong interest in helping children in the Atlanta area, though he and his wife did not have children of their own. Through the careful stewardship of the foundation trustees, this legacy has supported the work that was important to the Joyners.

It’s a Georgia tradition to leave a legacy, as the Joyners did. The recent $38 million gift from the Robert Woodruff Foundation to the Woodruff Arts Center comes at a perfect time in the history of the Atlanta Symphony, Alliance Theatre, the High Museum of Art, and Arts for Learning.

Dixie Coca-Cola Bottling Company in Atlanta. In 1900, the year after acquiring the rights to bottle Coca-Cola throughout most of the country, Joseph Brown Whitehead established this company. His family founded three philanthropies in Georgia and has donated generously to social service, religious, and educational organizations. Credit: National Register of Historic Places

That grant is only one of the hundreds of grants that happen annually through the legacy of Robert Woodruff, not to mention the individuals and foundations all across Georgia whose legacies came out of the Coca-Cola Company and investments in its stock.

Georgia is a generous place. According to the Foundation Center, giving from 1,533 Georgia private foundations totaled almost $932 million in 2012.

More recently, on November 13, 2014, the United Way of Metropolitan Atlanta raised more than $15,000 in an hour to help homeless women veterans. That same day, Georgia Gives Day (an online effort convened by the Georgia Center for Nonprofits) raised almost $2.5 million to help all kinds of nonprofits.

Like the Kiwanis Club of Atlanta, civic clubs and their foundations raise funds and spend them or give them away for charitable purposes. The Georgia Rotary Student Program, based in Savannah, holds assets in excess of $10 million to support student international travel. The Georgia Lions Lighthouse Foundation, based in Chamblee, has assets of almost the same amount to support and provide vision and hearing services.

Women’s clubs, chapters of 100 Black Men, and giving societies such as Circle of Joy also provide important support for education and youth development.

Technology also provides new vehicles for philanthropy. Atlanta ranked number three on the 2014 Blackbaud survey of most generous online United States cities with populations of more than 100,000 (behind Seattle and Alexandria, Virginia).

At the 2014 National Philanthropy Day (sponsored by the Association of Fundraising Professionals Greater Atlanta Chapter), Alicia Philipp of the Community Foundation for Greater Atlanta challenged attendees to make Atlanta number one.

Laura McCarty is vice president of the Georgia Humanities Council.

Previous Article
What Martin Luther King, Jr. Can Teach Us About Serving Others
Next Article
A disconnect: climate change and the environment at the state legislature