The Roots of Georgia Roots Music 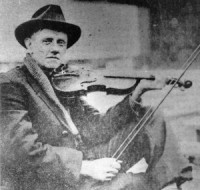 Georgia’s musical influence looms large, extending far beyond its borders. The examples are legendary, including Johnny Mercer, Ray Charles, Brenda Lee, James Brown, Otis Redding. What is the nature of this place that nurtures such powerful roots?

Fiddlin’ John Carson, of Marietta, was the first genuine old-time country musician to broadcast country music over a radio station.

The Smithsonian Folklife Festival, an annual event on the National Mall in Washington, D.C., used the term roots music in the early 1970s to describe “folk” or “old-time” music that combined singing with acoustic guitar, banjo, fiddle, and accordion. That term stuck, and in the popular imagination harkened back to the rural settings of the Eastern United States, especially Appalachia and the regions of the South where Scots, English, and Irish forebears brought with them traditional ballads, reels, and jigs. African traditions played a role as well, for the banjo’s precursor crossed the Atlantic with slavery.

Today the term roots music has a much more inclusive meaning, applying to a broad range of sounds that have unique cultural, local, geographic, and ethnic origins. How did this awareness, and appreciation, come about?After 1920, and especially after World War II, electrification made the radio and phonograph (record player) common household items, and through these innovations, millions of Americans were exposed to a fuller variety of music. 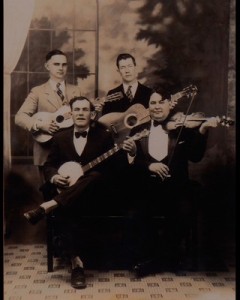 The Georgia Yellow Hammers were an old-time fiddle string band from Gordon County. The band was active in the 1920s.

Propelled by a rising broadcasting industry, record companies scoured the southern countryside to bring local acts to national audiences. It was a New York company that traveled to Atlanta to record Fiddlin’ John Carson in 1923. Carson’s tune “The Little Old Cabin in the Lane” received airplay, and to everyone’s astonishment, quickly sold more than 500,000 copies nationwide to become country music’s first hit. There was a message here: regional music sells.

As one explores these roots traditions, it quickly becomes evident that Georgia roots music has been an inspirational source for many of the leading musicians, including writers and performers, of the twentieth century.

In the 1920s, country music performers Gid Tanner and the Skillet Lickers were among the most widely recognized names of the time, influencing a generation of musicians. Savannah’s Johnny Mercer, whose Georgia roots found their way into his music (“Moon River,” “Blues in the Night”), became America’s most popular twentieth-century songwriter. 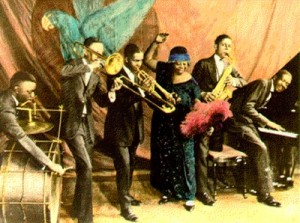 Known as the “Mother of the Blues,” Gertrude “Ma” Rainey began her career with a performance at the Springer Opera House in Columbus.

Thomas A. Dorsey (1899-1993), known as “Georgia Tom,” of Villa Rica became the dominant modern gospel composer of his time; his compositions helped to establish Mahalia Jackson as the preeminent gospel singer of her time. The list goes on, amazing in its diversity and range.

How do we explain Georgia’s outsized role in the recorded music of the twentieth century?

I think about the importance Georgia has played in the nation’s history as one of the original thirteen colonies, being home to a diverse group of ambitious settlers as well as enslaved human beings and their descendants. I think about its pivotal role in the Civil War, followed by its long and determined rebirth from the ashes. And in all of this, I cannot forget the poverty, racial injustice, isolation, and educational backwardness that also were an unfortunate hallmark for so long.

The South’s juxtaposition of rural and urban, hopelessness and hope, downtrodden and free, traditional and modern, victorious and defeated creates a dynamic tension. In the South the heart longs to sing, or cry, or praise in its own universal language. Here life not infrequently comes down to the bare essentials, but not infrequently it also sings out the promise of an American dream, a better world that continues to resonate far beyond our shores. Its music history bears the imprint — and the inspiration — of its human experience. 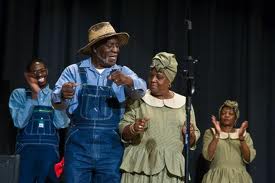 The McIntosh County Shouters are keeping alive the ring-shout, a musical tradition associated with enslaved Africans who lived on the Georgia coast.

A final thought. Georgia’s and the South’s political history have been characterized by racial and ethnic boundaries. Yet our culture is also a testimonial to an evolving harmony: foodways, music, stories, literature, arts, and crafts can and do cross boundaries, each nourished by and influencing the other.

Will new music traditions emerge from Georgia’s more recent immigrant communities — Indian, African, Latino, Asian, Caribbean? If the past is any guide, the answer is yes.

The next time you listen to music — practically any genre — pause for a moment and visualize a path extending back in time to Georgia’s “roots,” to the cotton fields, mountains, country churches, juke joints, street corners, theaters, county fairs, saloons, front porches, prison yards — and studios.

The fact is that our musical enjoyments, not to mention the music of today’s recording artists, cannot be separated from the work, genius, and joy of Georgians who came before, nor from the poverty, sacrifices, and discrimination some also endured. They may be gone, but if we listen, their music still echoes in new harmonies.

If you would like to experience some of the diversity of Georgia’s roots music traditions, visit the Georgia Roots Music festival at the Woodruff Arts Center, planned for January 18, 2014. For more information, visit http://garoots.org.