There are so many reasons to be proud of our state. But I’d like to share with you something that Georgia has quietly done which should be not only a point of pride for all of us, but should also give us a sense of optimism about our collective future and the role our state will play in the burgeoning entertainment, technology and creative industries. 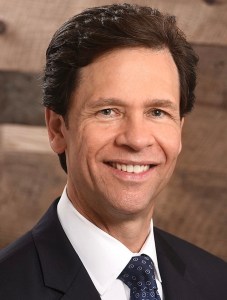 About eight years ago, as the film industry in Georgia was picking up momentum – primarily because of simplification of the film tax credit and private sector investment in sound stages and ancillary businesses – there were serious concerns about whether we had enough Georgians to meet the growing film workforce needs.

To really appreciate this, consider that never in the history of film production had there ever been a need to grow a crew base like this. Indeed, never in the history of film has there been the kind of explosive growth that we have seen in Georgia. From 2007 to 2020, direct spending by productions in Georgia went from about $20 million to $4 billion. What other regional industry has seen well over 4,000 percent growth in just 13 years?

What has happened with Georgia’s film industry is unprecedented. And what our state did to drive it is similarly unique.

What we didn’t do to address the need for a well-trained film and entertainment industry workforce would have been the old model, create an expensive brick-and-mortar film school and place it on the campus of a single institution.

Just a few months later, in January 2016, 193 students enrolled in the inaugural GFA classes through three institutions, two universities and a technical college. Today, there have been over 10,000 class registrations by Georgians through 28 public universities and technical colleges, as well as a growing list of Georgia private institutions, from Dalton to Augusta, from Gainesville to Griffin, all across our state. Over 1,100 students have been in on-set internships, on hundreds of productions, taken under the wings of the hardworking men and women of IATSE Local 479. No longer are there questions about Georgia’s ability to meet our film production workforce needs. And the astonishing economic activity that this workforce and the commensurate $4 billion in direct spending is driving speaks for itself.

For Georgians, this world-class, first-of-its-kind, practical education can be attained, 18 hours of college credit earned, and Georgia Film Academy industry certification granted, in less than a year – all at a cost of just $125 a credit hour minus what is usually about $1,000 earned in a paid production internship. Virtually all books, supplies and fees are covered.

Simply put, for about $900 – and often free, when paid by HOPE or other scholarships – any Georgian can pursue a dream job in our state’s film industry, which the Motion Picture Association tells us averages about $84,000 a year.

As the founding executive director of the Georgia Film Academy, I can’t tell you how exciting it is to walk the halls of our Trilith studio campus and see students from all over Georgia, from institutions across our state, learning together in the same classes.

Georgia Film Academy’s student enrollment is comprised of 52 percent people of color, 50 percent female, and all ages are represented from 18 years to 60-plus years. Our students share their dreams and ideas and, together, enter the workforce of what is rapidly becoming a legacy industry for our great state. Peaches, peanuts, and now, production. In their eyes, I see a future where a Georgian never again has to leave our state to pursue a passion, find a job and create wealth.

I see this clearer every day as our film academy now supports, in addition to our core production courses, a full range of instruction from content creation and filmmaking to post production and production accounting, as well as Esports and related creative technology crafts. What began as a high demand job-training program has truly evolved, in lockstep with the industry we are driving, into a kind of entertainment arts conservatory that supports the full ecosystem of world’s fastest evolving creative economy.

I see a future, that is nearly upon us, where we have television writers’ rooms in Georgia, dozens, perhaps hundreds of them, and screenwriters living here, and literary agents, and local financing, and distribution, development and programming executives, and soundstages supported by decade-long leases from Athens to Savannah to Columbus, the entire ecosystem of the business permanently here in Georgia.

So, let’s stop referring to ourselves as the Hollywood of the South. We are Georgia. We have our own stories and content creators, now supported and trained by our Film Academy. Let’s continue to grow our film production industry that will be our bread and butter and be the full, complete, and permanent entertainment industry that is within our grasp, that is the dream of our students, that is the vision of our state’s Film Academy. This industry, its bright future, the Georgia Film Academy, that special southern spirit of collaboration and partnership that is our secret sauce, and all our students are a point of pride for all of us.

Jeffrey Stepakoff, MFA, is the founding director of Georgia Film Academy, established in 2015 to train workers for what then was a nascent industry.

Previous Article
Plan to demolish historic Lakewood Elementary School blasted as ‘shameful’
Next Article
Brad Currey (1930-2022): an Atlanta leader like no other