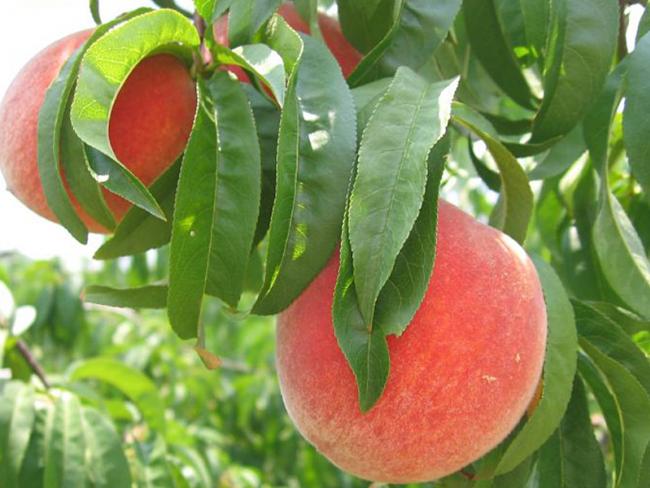 This week, ALLISON HUTTON, of Georgia Humanities, uses the story of the peach to examine a period in Georgia when what the state would become was far from certain.

These names, honoring the agricultural industries in which Georgia ranks first (according to data compiled in 2014), may be more accurate, but “peach” has a certain ring to it that’s hard to replicate. And why would we want to?

The peach and its ascendancy to Georgia’s favorite and most famous stone fruit helps tell an important story of Georgia: who lived here, who worked here, and how we became who we are today.

Long before James Oglethorpe established Georgia as a British colony in the 18th century, Franciscan monks had introduced peaches to St. Simons and Cumberland islands in the 1570s. The monks were present as part of the Spanish attempt to colonize Georgia by establishing missions through which native people could be assimilated into the Spanish colonial system by means of religion, that is, Catholicism. More than a century later, the missions began to fail as the native population, which the missions had hoped to subsume, declined through exposure to disease. The Spanish retreated to Florida, but the peach trees they cultivated remained. 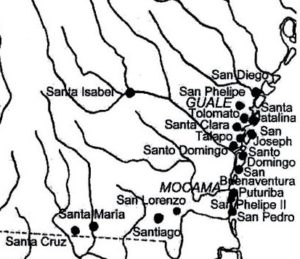 By the mid-18th century, the Cherokee had begun growing peaches. This agricultural practice wasn’t to last, either. By the late 1820s, the Georgia legislature had claimed Cherokee land for white settlement. In 1829, another treasure sprang forth from Cherokee land — gold — heightening white desire to possess the territory. In 1830, Congress passed the Indian Removal Act. In 1838, the Cherokee were forcibly removed from Georgia, leaving their land, their farms, and their peach trees behind.

Peaches had been enjoyed in Georgia for nearly 300 years when Raphael Moses, a Jewish lawyer and planter from Columbus, began to think about how he might sell his peaches outside of the state in the mid-19th century. Moses eschewed the traditional shipping method of packing the peaches in pulverized charcoal in favor of shipping them in champagne baskets, which preserved their flavor. (Peaches finally made their way to New York City sometime between 1858 and 1860). Eleven years after becoming the first planter to successfully ship and sell peaches outside the South, Moses became General James Longstreet’s chief commissary officer in 1862.

The story of the peach, like so many other stories of the South, takes a turn after the Civil War. Whereas slavery had once made cotton production profitable, its abolition forced farmers to consider alternative crops. Peaches were one of these.

While the term “New South” may primarily bring to mind post-Civil War industrialization, it also speaks to economic viability and vitality. Produced in fields rather than factories, peaches nevertheless played a role in the South’s transformation. 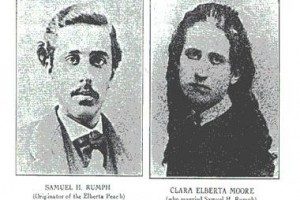 As peach acreage expanded, the peach industry exploded thanks in part to innovations in horticultural practices and delivery by Marshallville grower Samuel H. Rumph, the “father of the Georgia peach industry.” In 1870, Rumph discovered the Elberta peach, which he named after his wife. The Elberta wasn’t as susceptible to bruising as earlier varieties and thus traveled better. Rather than traveling by a combination of wagon and boat as they had prior to the Civil War, peaches were transported to northern markets by railroad. The fruit arrived in excellent condition thanks to the refrigerated rail car that Rumph developed. These decades of innovation in the late 19th century gave way to a nickname that’s stuck around: the Peach State.

Georgia is no longer be the top producer of peaches (that honor belongs to California), and even within the state, other industries have overtaken that of the peach. Blueberries, broilers, pecans, and peanuts tell stories about Georgia, too, but the story of the peach’s early days — a story that includes Spanish colonizers, native inhabitants, planters, freed slaves, and citizens who had to profoundly retool their state’s economy — reminds us of a time when what Georgia would become was far from certain.