By Guest Columnist GILBERT YEREMIAN, a business owner in Atlanta

As an ally to the LGBTQ community and a business owner who knows the importance of valuing a diverse workforce, I’m hopeful 2020 will bring nondiscrimination protections for LGBTQ Georgians in employment, housing, and public spaces. 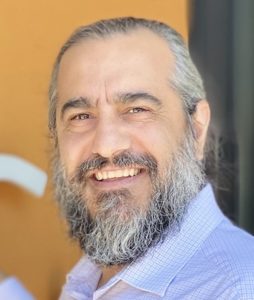 This is more urgent than ever, since the U.S. Supreme Court is expected to soon issue a ruling on whether or not federal law protects LGBTQ workers from employment discrimination.

In the meantime, Georgia lawmakers must not leave any of their constituents behind, and should advance nondiscrimination protections at the state and federal levels.

I didn’t always understand the struggles of LGBTQ people when I was growing up in Turkey. When I was a teenager, a few people in my social circle came out as gay, and I enjoyed going to social clubs with them. I immigrated to the U.S. in 1997 and settled in Atlanta, where I opened Gilbert’s restaurant in the heart of one of Georgia’s most vibrant neighborhoods for the LGBTQ community.

From day one, diversity was one of our core values. Eight years ago, I also opened another restaurant, on 10th and Piedmont. Between the two businesses I have about 25 employees working at any time.

When my colleagues and I interview applicants for open positions, we look for those who understand our values, most importantly that they interact with customers in a respectful and welcoming manner. We’re a family business serving customers from our own neighborhood. Our staff members have different backgrounds, genders, and sexual orientations, and we’ve grown over the last 20 years to make sure we’re doing right by them.

When people feel free to be themselves, they can be more creative and innovative, which benefits everyone. It’s for these reasons that over 200 major companies submitted briefs to the Supreme Court arguing in favor of nondiscrimination protections in three cases concerning workers who were fired for being LGBTQ. 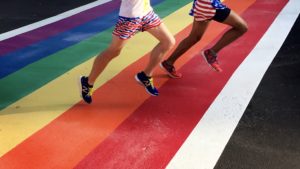 Businesses have been far ahead of politicians for years in protecting their LGBTQ employees and enacting inclusive LGBTQ nondiscrimination policies internally.

Personally, I cannot imagine being the employee of a business that doesn’t support me. Having to worry about that must be terrifying for so many people, especially if they are also experiencing discrimination in renting an apartment or in frequenting businesses or services that are meant to be open to the public.

I’m not LGBTQ myself, but I understand that anyone who is hardworking and high- performing in their workplace should not have to fear discrimination. It’s past time we put an end to this by passing a enduring statewide and federal nondiscrimination laws. Georgia is one of 30 states that have not yet done the work to stand up for our LGBTQ friends and neighbors.

At the same time, last year in a historic bipartisan win, the U.S. House of Representatives passed the Equality Act for the first time, which would solidify federal LGBTQ nondiscrimination protections. Advocates are continuing to build support now in the U.S. Senate. It’s this combination of steps forward at the state and federal level that gives me hope for new understanding and positive movement forward this year.

“Gilbert has been a tremendous ally to the LGBT community and I have valued his commitment to equality. He has opened his business for fundraisers and receptions and his location on the corner of 10th & Piedmont has been the staging grounds for public celebrations of U.S. Supreme Court cases.

“What others may not know about him is that he has also reached out to me to share job notices with our youth HIV and transgender leaders programs, for those seeking employment with a supportive boss. He’s been an active supporter of our successful efforts to pass non-discrimination ordinances.

“In Brookhaven, where he lives, he and his family showed up at the meeting where members of the city council had their final vote to ban discrimination among local businesses. He spoke from the perspective of a person of faith, small business owner and ally of the LGBT community on the importance of passing that ordinance. I knew his testimony made a difference when moments after this testimony, we were pleasantly surprised when the council voted unanimously to pass that ordinance.”