World-class cities have world-class New Year’s Eve celebrations – free events in public places where people can celebrate – out with the old and in with the new.

Sadly, Atlanta was absent this year as we saw the calendar turn from 2019 to 2020. The annual tradition of the Peach Drop has been held at Underground Atlanta for the past three decades with the exception of 2017 when it was located at Woodruff Park. 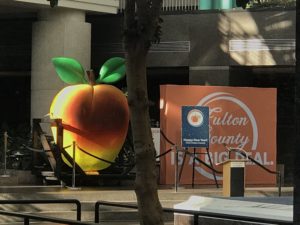 But the Peach Drop was put on hiatus by Atlanta Mayor Keisha Lance Bottoms in November when she announced that the city, which had taken over organizing the event after the ownership of Underground Atlanta changed hands, would not be holding a Peach Drop to welcome 2020.

The tradition continued – featuring live music, the drop of the Peach followed mandatory display of fireworks – until this year.

But there are hopeful signs that an outdoor Atlanta New Year’s Eve celebration will return on Dec. 31, 2020.

Fulton County Commission Chair Robb Pitts has pledged to be part of an effort to carry on the tradition. Mayor Bottoms, when she announced there would be no Peach Drop to welcome 2020, said the city would “reevaluate, reexamine the location and how we plan it out.”

(The developer WRS will be redeveloping Underground Atlanta, so that venue is not a viable option for a New Year’s Eve celebration for the foreseeable future.

But we need look no further than one block north of Underground – to the site of the iconic Coca-Cola sign on top of what is now Walgreen’s Pharmacy right next to Woodruff Park. 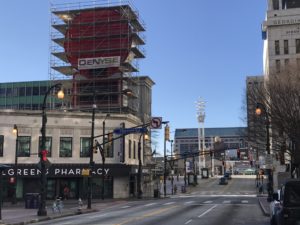 The Coca-Cola sing is currently being refurbished. The Underground tower that held the “Peach Drop” is in the background (Photo by Maria Saporta)

The Coca-Cola Co. currently is refurbishing the colorful and visually-stimulating sign at Five Points – a gigantic sign the company describes as the Coca-Cola spectacular. It happens to be across the street from where Coca-Cola was invented – Jacob’s Pharmacy at Five Points.

When Coca-Cola initially announced that it would be refurbishing the sign, it had thought the work would be completed by the end of 2019. When I heard there would be no Peach Drop to welcome 2020, I considered proposing moving the event as part of an unveiling of the refurbished sign. But company officials then told me the work to upgrade the sign would not be completed in time for such a celebration.

But now we have the better part of a year to plan for a dramatic spectacular New Year’s Eve tradition that would herald back to a former Atlanta tradition.

When I was growing up, the Coca-Cola sign was at the crest of Peachtree nestled in between what is now Margaret Mitchell Square and the Georgia-Pacific building (formerly the site of the Loew’s Grand Theatre).

Every New Year’s Eve, my parents, my sister and I – accompanied by friends and thousands of other Atlantans – would descend at the base of the captivating neon spectacular to watch the digital clock flicker to midnight. 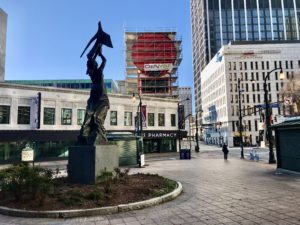 It was Atlanta’s own version of Times Square. When it was announced the sign was going to be dismantled (to ensure that Georgia-Pacific would move its headquarters to Atlanta), my sister and I put on a behind-the-scenes “Save the Sign” campaign by reviving the New Year’s Eve celebration in 1979-1980.

So many people showed up for the New Year’s Eve celebration that Peachtree was completely closed off to cars from Baker Street to several blocks south of the sign.

We were not able to save the original sign. And for 20 years, there was not a neon Coca-sign in the company’s hometown.

Then in 2002, then-Coca-Cola CEO Doug Daft heard about what the sign had meant to Atlanta, and he ordered that a replica be made and placed downtown.

Now, nearly 20 years later, we have an alignment of stars to recreate a true Atlanta tradition that combines our hometown drink with our official state fruit.

If truth be told, the actual Peach used in the Peach Drop does not command the respect of New York’s crystal ball. We have an opportunity to reimagine a spectacular peach to go with our Coca-Cola spectacular. We could have a three-dimensional peach that could sparkle and twirl with the countdown to the new year. 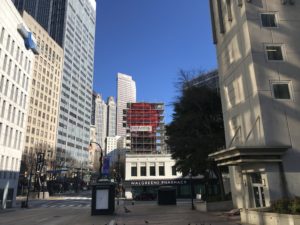 Pitts has said reinstituting the Peach Drop event should be a public-private partnership – and I would like to suggest several of those potential partners.

It would be great if the city of Atlanta, Fulton County and the state of Georgia agreed jointly become the public sponsors of the celebration.

Coca-Cola, Georgia-Pacific, Georgia Power, WRS, Newport and CIM could be the private champions behind a New Year’s Eve party.

And of course, Central Atlanta Progress, Georgia State University and the Atlanta Downtown Neighborhood Association would be instrumental partners in recreating a successful new tradition in the heart of Atlanta.

Thousands upon thousands of people could congregate at Woodruff Park and spread out to Peachtree and Marietta streets – using the Coca-Cola sign as a natural focal point.

We have a year to come up with plans to reimagine a New Year’s Eve celebration with possibly a new-and-improved Peach to drop.

We can do this. We can create a world-class New Year’s Eve celebration for Atlanta. 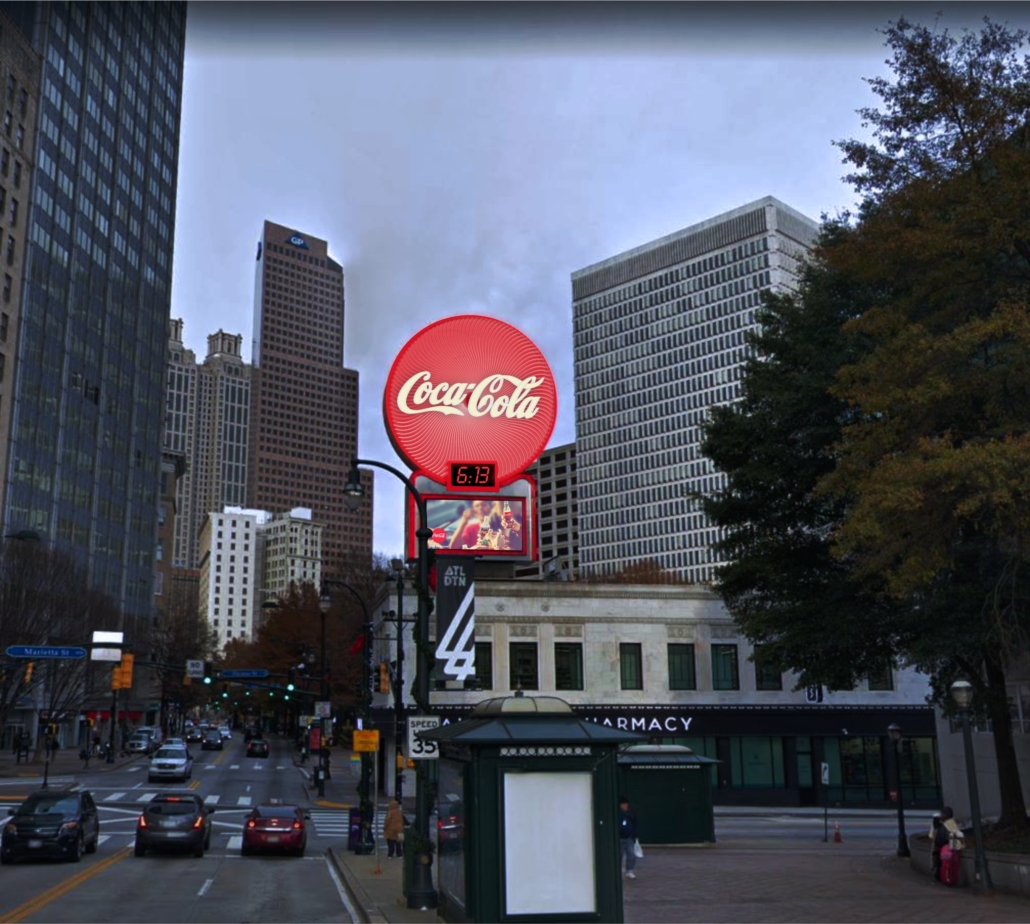