To candidates running for Georgia offices: keep an open mind

The 2010 election is a critical one. Like the rest of the nation, Georgia is facing the most challenging economic time in its history.

The Metro Atlanta Chamber produced a study of the top economic drivers of our economy for both the immediate and long-term future.

Healthcare and bioscience were among the top five areas of growth. Georgia is blessed with Georgia Tech, University of Georgia, Emory University, Georgia State University, the Centers for Disease Control and top infertility treatment centers; all providing a large cluster of research expertise.

Linked with these institutions in multiple research endeavors are Shepherd Center, Grady, Children’s Healthcare, Piedmont, Emory Health System, St. Joseph’s, Northside and others. There are efforts going on to advance promising research for the cure of adult and juvenile diabetes, sickle cell anemia, spinal cord injury, Parkinson’s, infertility and a host of other diseases and injuries.

I was struck by “the Republican question” as it was labeled on the primary ballot. I was asked if I believed in protecting life at its earliest beginnings until its end. Who would answer no?

To say you believe is protecting life at its earliest stage is easy and everybody does, but this does not address the complexity of the question being asked. Should we legislate when life begins? Is this an appropriate role for our elected officials?

Indeed, in Fulton County, nearly 50 percent of respondents voted: “No.” I believe this is because the voters were intelligent enough to understand that this is a loaded question and requires far deeper analysis than a simple yes or no vote.

If we are going to legislate when life begins, perhaps we should ask if it begins with the combination of egg and sperm in a petri dish. Or, when an embryo is transferred to a woman’s uterus? Is it when an embryo attaches to the uterine wall and a woman’s body begins to produce detectable pregnancy hormones? Or perhaps when a heartbeat is detected? 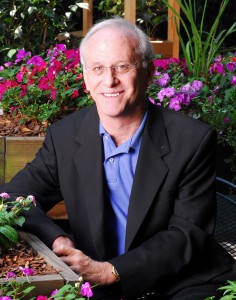 Embryologists and scientists realize that embryos are self-selecting and unfortunately, very few fertilized eggs actually develop into a viable pregnancy and have the happy ending of a live birth.

We have to consider the unintended consequences of legislating when life begins.

Several years ago, constitutional law professors at Georgia’s law schools pointed out some of the pitfalls of granting rights to a multi-celled organism, lacking brains waves or a heartbeat.

To a person, they agreed that doing so would outlaw capital punishment, invalidate the final will and testaments of all Georgians and make most types of organ donation impossible.

All of the reproductive endocrinologists in our state have pointed out that the current standard of care for infertility patients would be a thing of the past and they would not be able to practice medicine in the State of Georgia.

The larger message is now that you will not be supportive of bioscience, regenerative and infertility medicine. Indeed that is the message that has been given to the bioscience community for several years — long before “Octomom” became a convenient excuse for restrictive legislation.

We as voters need and want to know what you believe. The future of Georgia is hinged on our electing officials who will support policies and legislation that advance bioscience, healthcare and education.

These sectors have a strong foundation and are a major cornerstone that will bring Georgia out of this economic slump and help bring us back to economic prosperity and closer to our goal of employment for all Georgians.

“Note to readers: James Shepherd and his family co-founded the Shepherd Center in 1975, two years after he sustained a serious spinal cord injury that left him paralyzed from the neck down. James Shepherd believes that stem cell research holds promise for scientific breakthroughs that could help repair spinal cord injuries as well as other health afflictions.”