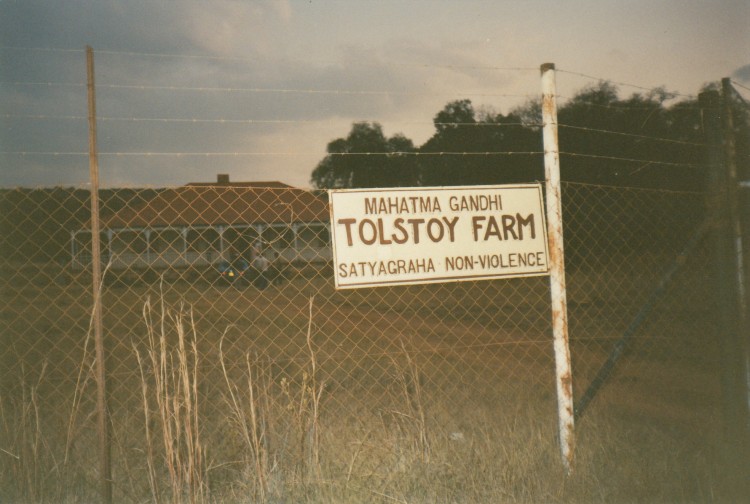 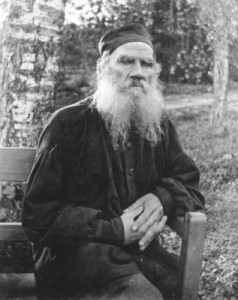 The 20th century was the bloodiest in recorded history. But the wars of colonialism and strife in two worldwide cataclysms of violence produced rebellious offspring — the global pursuit of peace and human rights. Remarkably, one of the intersections of this story is present-day Atlanta. And that story begins on an estate about 130 miles south of Moscow, at the home of a Russian count.

War and Peace and Anna Karenina established Leo Tolstoy as one of the greatest novelists of all time. Then he plunged into the crisis of his life. He saw the presence of death everywhere, and asked, What is the ultimate meaning of life?

In seeking answers to this timeless question, over the next thirty years he evolved a moral vision driven by a single emotion, love. That emotion soon enough took on great powers of meaning in his fictional short stories. “The Death of Ivan Ilyich” (1886) is illustrative and as profoundly relevant today as then.

In 1894 he privately published his testimonial, The Kingdom of God Is Within You, a remarkably influential yet also controversial statement that called for a revolution of “love and compassion” founded on Jesus’ ethical teaching in the parables and the Sermon on the Mount. Only through nonviolent resistance to evil could a better world come about, Tolstoy concluded.

From his wide reading, Tolstoy also became convinced that compassion and love of one’s enemy were at the heart of all the world’s great religions.

His Kingdom of God was banned in Russia because of its critique of the Russian Orthodox Church, the military, the czar, and that nation’s aristocracy. Nor was Tolstoy a friend of au courant communism and socialism, dismissing them as mere theories. His hero was the meek Russian peasant. (To his wife’s everlasting consternation, Count Tolstoy managed his life and his considerable estate outside Moscow, with its local peasantry, as an earthly kingdom of compassion.) 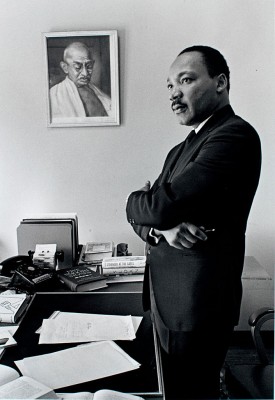 One of the readers of Tolstoy’s revolutionary book was a man named Mohandas Gandhi, an Indian barrister practicing law in Pretoria, South Africa. There, he personally experienced the sting and violence of apartheid. Deeply moved by the Russian writer’s advocacy of an extreme love and nonviolent resistance, Gandhi and Tolstoy began a round of correspondence that lasted until Tolstoy’s death in 1910. So entranced by Tolstoy’s insights was Gandhi that he founded an experimental farm outside Johannesburg that would later become a model for his ashrams in India. He named it “Tolstoy Farm.”

Eventually Gandhi returned to his homeland in India, where, adopting a lifestyle of simplicity, he led a mass movement of nonviolent protest that mesmerized the world in its audacity and culminated — amazingly — in the dissolution of three centuries of British rule in 1947. Though 35 years had passed since Tolstoy’s death, in Gandhi’s eyes the great writer’s insights assured him of a transcendent presence.

In 1949, while a student at Crozer Theological Seminary, Martin Luther King Jr. gained an appreciation of Gandhi’s philosophy of nonviolence. Six years later in Montgomery, that lesson was on full display, as were King’s skills as an emerging moral leader. As the founder of the newly formed Southern Christian Leadership Conference, in 1959 he and Coretta Scott King visited the Mahatma’s homeland and met with the new nation’s prime minister. They also learned more about the nationalist movements in Africa. King returned to the United States inspired anew by the hidden power of a defiant, nonviolent love half a world away.

Atlanta is known around the world for raising the banner of nonviolence, which is why it is no surprise that the Center for Civil and Human Rights has its home here. At the Carter Library is President Carter’s Nobel Peace Prize. A mile away at the King site is another Nobel Peace Prize, this one Dr. King’s. The well-known Gandhi statue dedicated there in 1998 bears witness to the Mahatma’s influence felt here.

In 2015 the Nobel Peace Prize Laureates Summit will convene in Atlanta. The city too busy to hate will have an opportunity to reflect on love’s power and its place in our past. The city’s heritage of nonviolent leadership makes it a fitting site.

And perhaps it is not too late for the city of Atlanta to be introduced to the man who Gandhi described as a mentor, that Russian count whose writings on nonviolent resistance continue to assert an influence on the direction of history. If there are missing saints on Atlanta’s roster of heroes, surely Tolstoy is one.

Previous Article
Combating the February doldrums with action
Next Article
House Transportation Bill: We can do much better