Traditions in clay: John Burrison — the molding of a scholar’s career 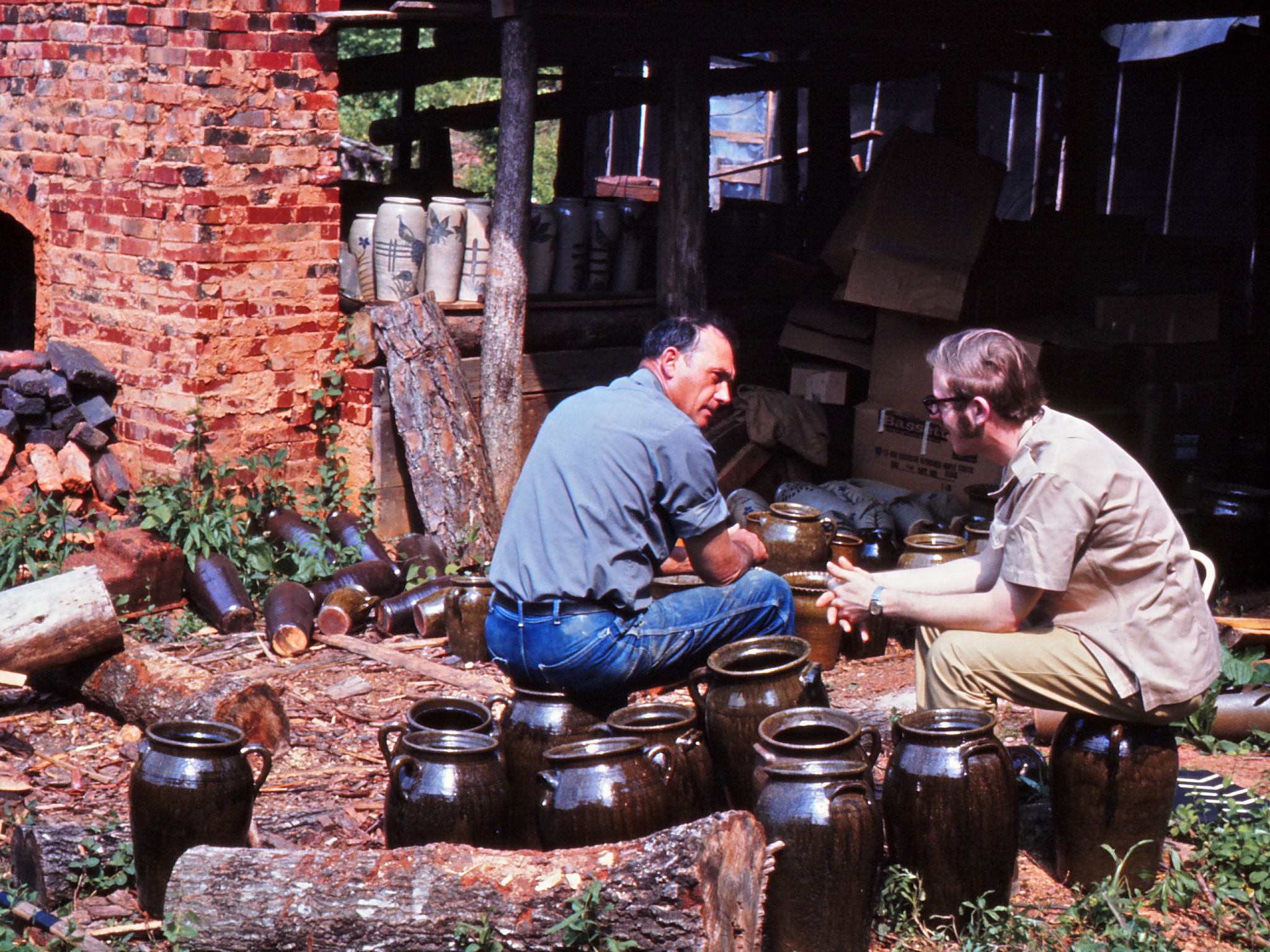 What is the value of a liberal arts education today? Academics — especially in the humanities — are often the objects of public criticism, if not dismissal, because of the “irrelevance” of their work. How does a college student majoring in, say, history or literature find a job after graduation? One scholar’s career, however, can help us recast this question of relevance. 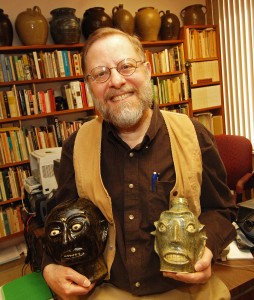 John Burrison is a folklorist. Folklore — or “folk traditions” or “folk cultures — could be defined as the way people create meaning in their lives based on customs, practices, and stories that are passed down. Knowledge creation and dissemination in this sense is quite different from a “formal” education.

In 1966, Burrison joined Georgia State University, where he has taught every year since. During that time, he has helped shape an entire academic field of specialty through his teaching, his books and articles, his professional networks worldwide, and (most important) his study of what anthropologists and folklorists call “informants” — living participants in a tradition with communal and familial roots. Burrison’s specialty is pottery.

Pottery has a long tradition in the South. Until the 20th century, pots and other handmade articles of clay were vital to daily life. Entire families specialized in this highly practical craft, making a living by selling their handcrafted and kiln-fired “jugs” (and living in locales with names like “Jugtown”) to local farmers and tradesmen. Families became known for their particular styles and methods of jug making.

Today pottery is treated as decorative and authentic art forms that collectors seek out. But barely a century ago, the clay pot served a quite practical household need for storing, preserving, and transporting foodstuffs, syrup, liquids (including distilled beverages, of course), and every other pourable commodity. Pots seem always to have been part of human civilization. Archeologists have unearthed remnants of some in China that are at least 20,000 years old.

In the 20th century, however, the centuries-old traditions of handmade pottery in Georgia and elsewhere, and the family-based knowledge that sustained it, passed away with the rise of assembly lines and mass production. Almost passed away, that is.

Burrison has traveled widely in north Georgia and throughout the South, studying the remnants of this folk pottery tradition. It began in earnest with a meeting that seems practically fated.

According to New Georgia Encyclopedia author Keith Anthony, before Burrison moved to Atlanta (from Philadelphia), his primary interests were oral literature and musical traditions. Then, in early 1968, while collecting information and artifacts for an exhibit of north Georgia folk crafts, Burrison stopped by the Meaders family home in White County.

Stepping from the car, Burrison was met by Lanier Meaders, the last old-fashioned family potter in the state. He was firing pots in his yard next to a tar-paper workshop. “It was as if he had been waiting for me,” recalls Burrison. 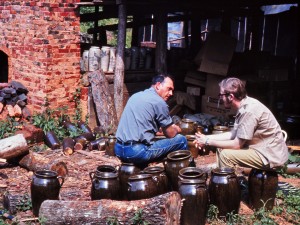 Folklorist John Burrison (right) with potter Lanier Meaders in 1970, demonstrating another use for churns. Photo by Dick Pillsbury

Indeed a fated moment, for so began a friendship between artisan and folklorist that led to two path-breaking books, Burrison’s Brothers in Clay: The Story of Georgia Folk Pottery and From Mud to Jug: The Folk Potters and Pottery of Northeast Georgia. Burrison’s scholarship has its place in the revival and preservation of family-based jug making like that of the Meaders family. Indeed, folk pottery generally has found new life with an appreciative audience of modern collectors.

Thinking about that first meeting between Burrison and Meaders, from which so much has come, I ponder the role of accident – or is it synchronicity – in how we build our life’s work. Today we “choose” and “pursue” a career. In an earlier day, people described their work as a “calling,” which chose them. Did pottery and one of its foremost traditional Georgia jug makers, Lanier Meaders, call John Burrison? If so, I would say Burrison heard that call because he was attentive, and exactly where he was supposed to be.

Let me return to the matter of “relevance.” Like so many others plowing the fields of the liberal arts, Burrison has given us, through his teaching and scholarship, the tools we need for appreciating a tangible, dynamic connection with life around us.

Folk pottery is very much part of that life, full of memory and practical beauty. It is also, especially in the South, an extraordinary example of a living unification of the region’s cultural traditions that cross ethnic and racial lines. What better antidote than this to the shallowness of so much in our popular culture today?

To see folk pottery curated by Burrison, visit the Shaping Traditions collection at the Atlanta History Center, and the Folk Pottery Museum of Northeast Georgia in Sautee Nacoochee.

John Burrison will be delivering “Around the World in Eighty Clays: A Folk-Pottery Travelogue,” a three-part lecture series on international pottery traditions, at 7 p.m. on Oct. 1, Oct. 10, and Oct. 15 at different venues in Atlanta. The lectures are free and open to the public. For more information, see the Arts at Emory University website.