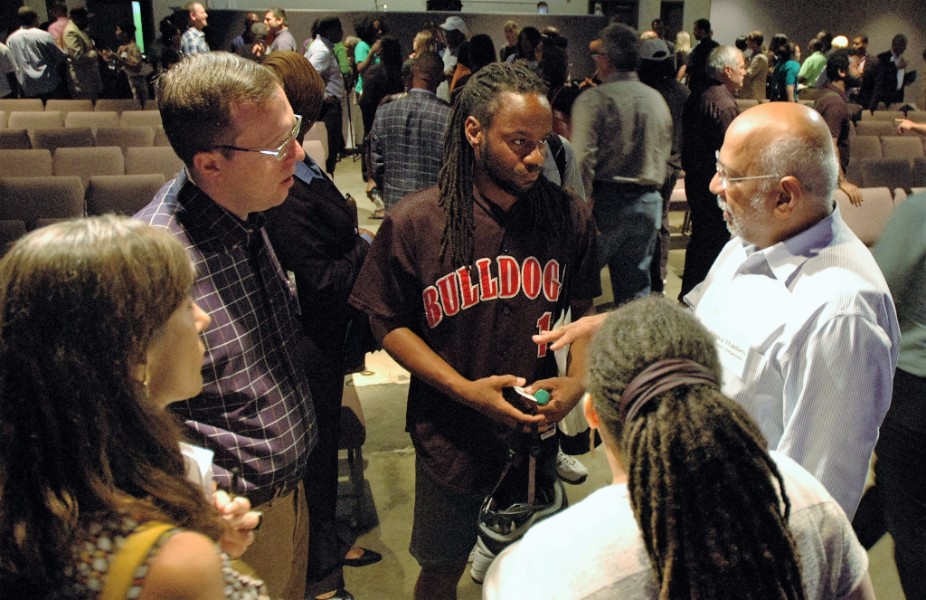 Twice a month, the Transform Westside Summit has been meeting for a breakfast gathering at the City of Refuge to explore initiatives to revitalize the communities on the west side of Northside Drive.

Several hundred people have been showing up on the first and third Friday mornings of each month to listen to various presentations while dining on donated Chick-fil-A breakfast sandwiches, fruit and yogurt. The meetings begin at 7:15 a.m. with a 15-minute devotional where various people have preached about the west side. 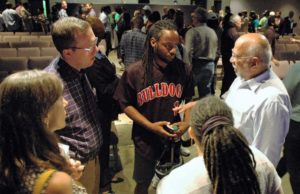 But there was some confusion earlier this week when Dan Cathy, CEO of Chick-fil-A, sent out a text all over town saying that this Friday’s Summit would dispense with the official parts of the meeting and would be entirely devoted to prayer.

“We want a strong show of support from the business community as we bow our heads in repentance and plea for forgiveness to God and other,” Cathy wrote in his text.

Unfortunately, the Westside Future Fund had already invited Tim Keane, the City of Atlanta’s commissioner of planning and community development, to speak to the group.

After days of trying to massage the situation, John Ahmann, the executive director of the Westside Future Fund, was sending out an email on Thursday explaining the compromise they had reached.

“Many in our community are driven by their spiritual faith to participate in the Westside revitalization efforts,” a new notice from the Westside Future Fund stated. “The time at the start of our meetings has been an opportunity to share various inspirational reflections. In light of the recent tragedies around our nation, and the healing deeply needed, we will have a dedicated extended time for prayer and reflection starting at 7:15 a.m. before the start of our program with City Planning Commissioner Tim Keane.”

The statement went on to say that all are welcome to share a prayer or reflection from the heart. “This is meant to be inclusive,” it said.

The program is set to begin at 8 a.m. For the first time, the Transform Westside Summit will dispense with self-introductions to accommodate the extended time for prayer.