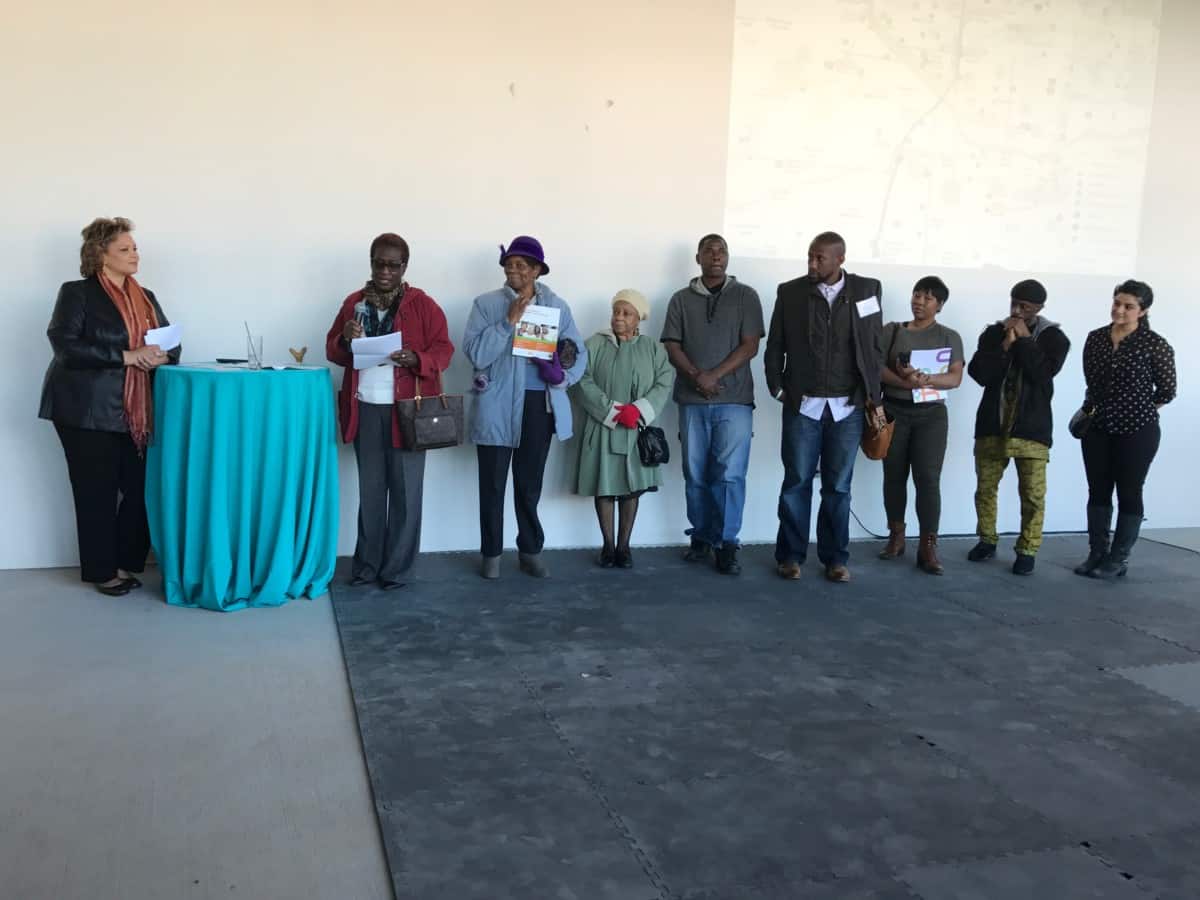 Deborah Scott introduces members of her team working on new development ideas for the Lee Street corridor, during a TransFormation Alliance reception in 2017. Credit: Maria Saporta

Atlanta’s TransFormation Alliance on Thursday night celebrated its recent designation as one of six groups from around the country awarded with a $1 million grant to help advance more equitable transportation and housing initiatives.

The Strong, Prosperous And Resilient Communities challenge is providing a three-year, $90 million in grants to support local groups and their leaders who are working to ensure that major new investments in transportation are equitably in their efforts to improve health and environmental outcomes for all residents.

The Transformation Alliance invited its partners and friends to a reception at the Ponce City Market next to the Atlanta BeltLine.

“We have a catalytic moment, which is the T-SPLOST,” said Meaghan Vlkovic, Southeast market leader for the Enterprise Community Partners, who then identified four of the goals: racial equity, climate, health and creative place-making. 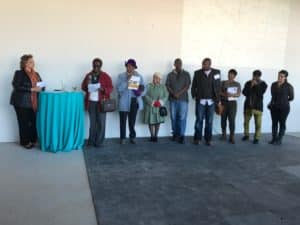 “Our transit and community investments are at a truly transformational point, potentially increasing by billions of dollars,” the TransFormation Alliance wrote in a release when they realized they had won the $1 million grant and would be eligible to receive millions more over the next three years.

Deborah Scott, executive director of Georgia Stand-Up, said the Transformation Alliance would be focused on Lee Street, the Oakland City MARTA Station, the Atlanta BeltLine and the area around Fort McPherson.

Scott introduced community leaders who had spent years working on a community action plan for Fort McPherson, but most of the former Army base ended up being sold to filmmaker Tyler Perry for his studios.

Now Scott said those leaders will be able to work with the TransFormation Alliance.

“I’m so happy your work was not done in vain,” Scott told the group of leaders who attended Thursday’s celebration.

“What I love about the TransFormation Alliance is that each of these individuals were trying to do the right thing for the right reasons before there was money on the table,” said Doug Hooker, executive director of the Atlanta Regional Commission. 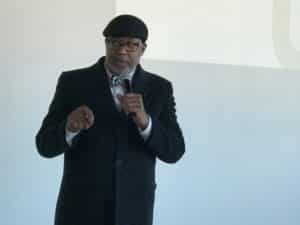 As intown living has become more popular and MARTA has become more attractive to developers, Hooker said the redevelopment process brings along with the dangers of displacement.

“There’s got to be a new Atlanta way that focuses on equity,” Hooker added. “The lessons learned here are going to be extremely important as other communities begin to take this on.”

Hooker said that 20 percent of the metro area’s residents have an annual income of only $25,000. In the city of Atlanta, that jumps to 30 percent. And in the Lee Street corridor, it is 50 percent.

The other five cities that were selected through a competitive application process to receive initial funding and technical assistance from SPARCC (Strong, Prosperous And Resilient Communities)  were Chicago, Denver, Los Angeles, Memphis and San Fransisco.

Already, when combining the six cities, a total of 30 million people have been reached working through 252 local partners.

The TransFormation Alliance represents a diverse group of organizations including government agencies, business partners, metro Atlanta’s transit agency, and the nonprofit community – was awarded $1 million in direct grant and technical assistance funds over the next three years. Collectively, the SPARCC sites will have access to an estimated pool of $70 million in financing capital, as well as $14 million in additional programmatic support.

With the award, TransFormation Alliance will:

*         Demonstrate the potential for a new development style that focuses on equity, health, and environmental outcomes. The demonstration focus area is the Lee Street corridor, from the West End MARTA station to the Oakland City MARTA station in southwest Atlanta.

*         Advocate for racial equity during the MARTA expansion and continued development of the BeltLine through both policy changes and the built environment.

  *       Address shortcomings and challenges that result from spatial segregation, including the health and climate disparities that disproportionately impact black neighborhoods.

*       Ensure residents and organizations are involved in the decision-making process, by deepening capacity-building opportunities for established and emerging community leaders and civic institutions, and by incorporating arts and culture-based community engagement.

     *    Advocate for policies to increase resources for strategies that reinforce SPARCC principles, including advocating for the allocation of additional budget and funding toward affordable housing preservation and development.

“In the past, policy and programmatic decisions about how to invest in the places we live, work, and play have all too often led to deeper poverty and less opportunity for people of color and low-income communities,” said Brian Prater, executive vice president of strategy, development, and public affairs at the Low Income Investment Fund, one of the national partners of SPARCC. “This is a critical moment when big infrastructure investments are coming, or are already underway, and people of all races and incomes should benefit. We are excited to support the SPARCC sites and look forward to seeing the results of these local efforts to positively shape our cities and regions for generations.”