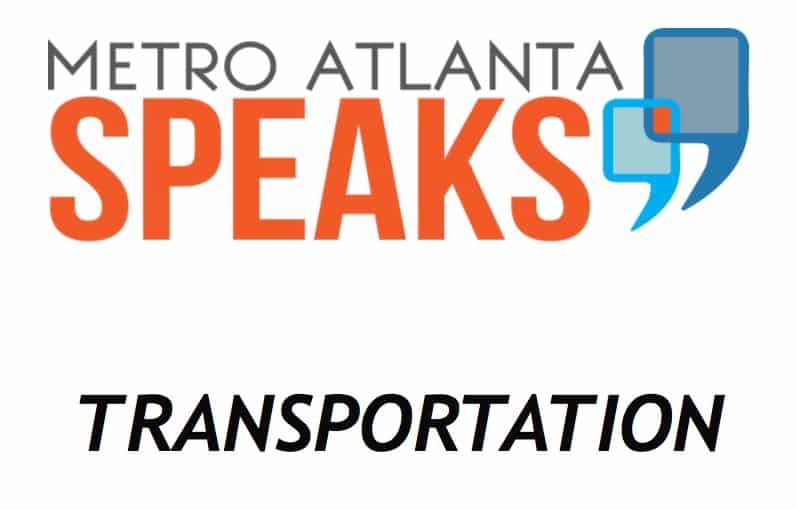 For the third year in a row, transportation continues to be the top concern in the Atlanta region – mentioned by 25 percent of the population.

The results of the fourth annual Metro Atlanta Speaks public opinion survey were to be announced at the Atlanta Regional Commission’s State of the Region breakfast at the Georgia World Congress Center.

More importantly, the respondents expressed strong support for public transit with 73.5 percent said transit was very important and another 18.7 percent said it was somewhat important. 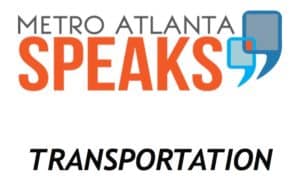 The second greatest concern mentioned by respondents was crime. with 23 percent mentioning it as a top concern.

While that was troubling, metro Atlanta’s economy is showing signs of getting stronger.

Nearly half of respondents said job opportunities in the region are “excellent” or “good” – up from about one in three in 2013. And just 12 percent of residents said the economy was the region’s biggest problem, compared to 24 percent in 2013.

However, the survey showed that many residents face financial difficulties, according to an embargoed release.

Only half of respondents said they could pay for a $400 emergency right away, with cash, check or debit card.  About 14 percent said they would not be able to pay at all, while an additional 6 percent said they’d have to sell or pawn something.

And nearly one in five residents said they sometimes skipped meals or reduced portion sizes because of a lack of money. 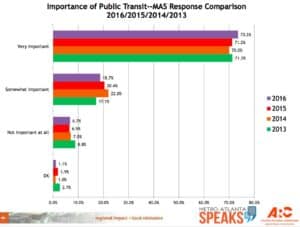 “While our economy is improving overall, this survey makes it clear that not everyone is benefitting,” said Mike Alexander, director of ARC’s Center of Livable Communities. “This is not an isolated problem. Poverty exists across metro Atlanta, from the region’s core to the suburbs. Metro Atlanta Speaks provides a greater understanding of the challenges facing our region.”

Other key findings from this year’s survey include:

The 2016 survey, conducted by Kennesaw State University’s A.L. Burruss Institute of Public Service and Research, asked questions of more than 5,400 people across 13 counties about key quality-of-life issues. The survey is statistically valid for each county and the City of Atlanta, with a margin of error of 1.3 percent for the 13-county region as a whole and 4 percent to 7 percent for the individual jurisdictions.

Previous Article
Column: How a chance meeting at a bar helped a nonprofit buy a home
Next Article
Atlanta plans to refurbish green roof atop City Hall