For 26 years, the No. 1 advocate for Atlanta’s trees has been Marcia Bansley.

Now Bansley has decided to retire, effective in mid-May, when she intends to begin studying architecture. She will join Trees Atlanta’s board.

Filling in as interim director will be Connie Veates, a past president of Trees Atlanta’s board.

Trees Atlanta was begun in 1985 by Central Atlanta Progress. Since then, trees have been planted throughout the region — but primarily in the business districts of downtown, Midtown and Buckhead. “There’s an awareness that we need to have trees around us whenever we build new buildings,” Bansley said. 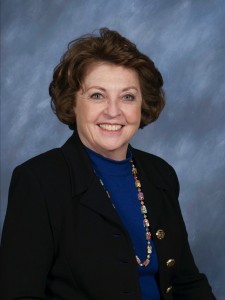 Bansley said it’s an ongoing battle to make sure existing trees aren’t cut down and to make sure new trees are planted and maintained in an urban environment.

“We need to see trees as part of the infrastructure of Atlanta,” Bansley said. “Trees are not just amenities. They clean the air, and they cool our cities. In a perfect world, people would put as much values on trees as they do on other infrastructure.”

Today, Trees Atlanta has a full-time staff of 10 and an annual budget of nearly $1.6 million. Its LEED-certified building is in the Reynoldstown community.

“This is a phenomenal opportunity for me to come back and be involved in the community I love and work in an area that I feel strongly about,” Parks said. “We need people to understand what a huge problem this is for the community.”

After learning that about 800,000 metro Atlanta residents are functionally illiterate, Parks said she was compelled to take on the cause and to see how Literacy Action could work with other community groups to pool resources.

“With her passion for education and literacy, and her ability to execute, Karen Webster is the ideal candidate to lead Literacy Action,” said Pat Upshaw-Monteith, president and CEO of Leadership Atlanta. “Not only will she lead well, she will also attract others who are not currently engaged to support this cause.”

Previously Parks has served as interim CEO of the Atlanta Women’s Foundation, the first CEO of the Civic League for Regional Atlanta, and as a senior corporate vice president for Beers Skanska Inc.

Southface has been awarded a $500,000 challenge grant from the Kendeda Fund to set up an endowment that would maintain and update its “Eco Office” with the latest technologies in energy efficiency and water conservation.

Southface, the leading Southeast organization promoting green-building practices, has turned its Eco Office into a community showcase and learning demonstration center for those latest technologies.

Early education advocate Stephanie Blank invited top executives to a dinner March 29 to hear from Lawrence Kellner, former CEO of Continental Airlines, and Kimberly Davis, president of the JPMorgan Chase Foundation. Both are national leaders in the early-childhood education movement.

“Much of the business community is still not aware as to why early education must be a priority investment if you want to impact the current educational crisis,” Blank said. “We want to help educate business leaders on why it makes sense from an investment standpoint.”

The Piedmont Driving Club might never be the same.

For decades, the Piedmont Driving Club did not allow women, black or Jewish members. Upon introducing his wife, Elaine Alexander, a Legacy Lady, attorney Miles Alexander said, “Imagine how many dead members are spinning in their graves today.”