Atlanta-based national nonprofit Purpose Built Communities will receive a $7 million grant from the Truist Foundation over the next three years to bolster its work in transforming communities.

The grant was announced Tuesday at the 11th annual Purpose Built conference, which is being held virtually this year because of the COVID pandemic. 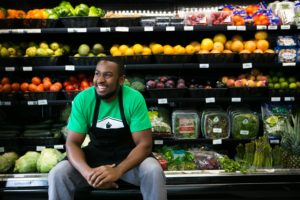 As part of this funding, the Truist Foundation has also committed to becoming the official sponsor of the Racial Equity Ambassadors program, a central part of Purpose Built Communities’ approach to improving health outcomes, economic mobility and racial equity.

Bill Rogers, Truist’s president and chief operating officer who serves as chairman of the Truist Foundation, said in a statement the bank is interested in creating “opportunities for upward economic mobility in communities that may have been historically overlooked.”

The Truist Foundation was established in early 2020 following the merger of Atlanta-based SunTrust Bank and BB&T, which had its headquarters in Winston-Salem, N.C., into what is now Truist, which is based in Charlotte. 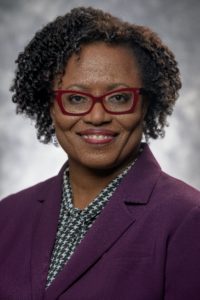 Lynette Bell, president of the Truist Foundation, said in a telephone interview that the bank reached out to Purpose Built last December to see if there were partnership opportunities.

“We are excited to be able to support this multifaceted investment and to support their work,” Bell said. “Purpose Built is a great partner for Truist because its mission and its values align with ours.”

The grant also expands the support for Purpose Built, which has been supported by three major philanthropists – Warren Buffett, Tom Cousins and Julian Robertson. Its work has been focused on breaking the cycle of intergenerational poverty by producing better health outcomes, racial equity, and economic mobility.

“For the first decade of our existence, we were funded by three investors,” said Carol Naugton, president of Purpose Built, in an interview. “They gave us a chance to see if we could make a difference.”

At last year’s Purpose Built conference, the Robert Wood Johnson Foundation announced that was making a $6 million grant to the Atlanta-based nonprofit that has built a network of 28 communities in 24 different cities across the country. It has three communities in Atlanta – East Lake, Grove Park and South Atlanta. 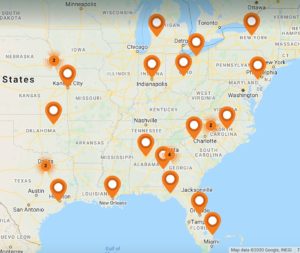 A map of the Purpose Built Communities Network

Purpose Built serves as a pro-bono consultant to help lift communities by improving housing, education, wellness and other amenities that create healthy communities. In each of those neighborhoods, they work with a community quarterback – usually a nonprofit that oversees the revitalization of their respective areas.

“We estimated several years ago that there were about 825 neighborhoods in cities across the country that needed this kind of holistic support,” said Naughton, who said there is now a national movement around place-based change.  “We are looking to be excellent in what we do. We are being very thoughtful. We recognize we don’t have to do it ourselves, so we are sharing what works with other organizations.”

Naughton added that the Truist grant represents transformative investments in Purpose Built by helping expand its network and improve outcomes.

“This is a translational investment,” Naughton said. “It’s a model we hope other organizations will follow.” 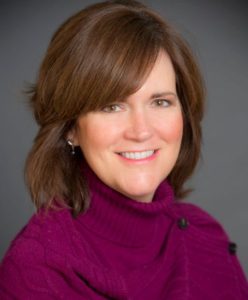 Naugton also highlighted Truist becoming the official sponsor of the Racial Equity Ambassadors program, which was first launched in 2018. The program brings together a group of leaders from the Purpose Built Communities Network to address racial equity within their communities.

The participants provide guidance to other leaders and draw attention to tools to help neighborhood advocates learn and lead from conversations about equity. Purpose Built convened its second cohort launched in February 2020.

“We’re excited to partner with Truist Foundation and thrilled this infusion of funding will advance our work in dozens of communities across the country,” said Shirley Franklin, executive board chair for Purpose Built Communities. “Building racial, social and health equity in communities of concentrated poverty is not an unrealistic dream – it’s happening in real-time across the Purpose Built Communities network as local leaders and partners are all taking intentional, coordinated, and specific actions.”