Thanks to their popularity and demand for original and branded entertainment, Turner Broadcasting System’s Animation, Young Adults and Kids Media offerings will be expanding and undergoing strategic changes, the company announced Tuesday morning.

The expansions and strategic changes will impact Adult Swim, the Cartoon Network and the all-cartoon-classics Boomerang.

* Cartoon Network will introduce a new portfolio of original content online at CartoonNetwork.com and its other digital branded platforms.

* Additionally, the all-cartoon-classics Boomerang will be aligned worldwide as a family co-viewing network and will be introduced officially this year for ad sales and promotional opportunities in the United States.

Adult Swim, basic cable’s No. 1 network for young adults from 18 to 34, currently airs nightly from 9 p.m. to 6 a.m. It just recorded its most-watched year in its history, ranking No. 1 among young adults and men for the ninth year in a row.

At the same time, Cartoon Network, known for its strength with boys, will offer its core audience of kids from 2 to 14 a brand new portfolio of original content, designed to augment its on-air programming.

Finally, Boomerang, voted the most beloved network by parents in the 2013 Harris Poll, will be programmed and marketed globally to present a line-up of classic and contemporary cartoons for consistent programming appeal to family co-viewing across all of its 13 international feeds.

Asked how the expanded offerings would impact employment in Atlanta, spokesman Joe Swaney said he did not know at this time.

“As Adult Swim continues to succeed with record ratings and connects with its audiences more than ever, it is imperative that we find a way to grow this part of the business that keeps the essence of what has made it successful and competitive,” Snyder said in the press release.

Snyder went on to say: “Our original content also continues to expand, particularly in primetime, with creative and innovative shows such as Rick and Morty. An additional hour in primetime answers these needs and gives us the opportunity to develop more original content for primetime that will engage our audiences even further. 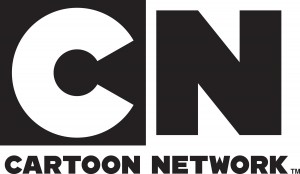 “At the same time, we know more and more kids today are turning to digital options for entertainment content beyond their TV screen, so we’re developing a new slate of original content that will premiere on CartoonNetwork.com and our other digital platforms to feed that ever-growing appetite,” Snyder continued. “Cartoon Network will always be on when and wherever our audience wants to experience it. Meanwhile, as audience appeal for classic cartoon programming on Boomerang has grown to critical mass, we’ve determined now’s the time to open the network to our partners as a new opportunity to reach family audiences, particularly parents with young children.”

“As viewing habits continue to evolve, advertisers are looking for opportunities to engage and connect with audiences in a variety of ways that provide greater reach for their brands and messages,” Speciale said in the release. “These are distinct brands and this expansion will allow for additional opportunities for advertisers to reach a cross-section of demos across proven platforms.” 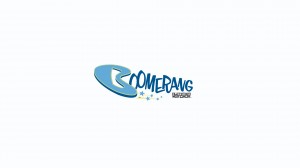 Adult Swim will launch its new hour of programming with the 20th Century Fox Television hit animated comedy series, King of the Hill, to air at both 8 p.m. and 8:30 p.m. followed by The Cleveland Show at 9 p.m. This will lead audiences into a full line-up of original and acquired award-winning, branded content (i.e. the Emmy-winning Robot Chicken and Childrens Hospital, Rick and Morty, etc.).

Scheduling of this digital content—to include shorts, interstitials, short-form and traditional series plus, free gaming opportunities—will be announced prior to launch on March 31, and as new projects are introduced throughout the year. This new digital content will join an expanded slate of network series programming available both through a streaming environment at CartoonNetwork.com, on tablets, phones and On Demand.

Launched in the U.S. on April 1, 2000, Boomerang debuted as a 24-hour, commercial-free network dedicated to showcasing classic cartoons from the Hanna-Barbera, MGM and Warner Bros. animation libraries. As it was rolled out to international territories, the network programming and promotion was made strategically flexible to appeal to the different local territories, often resulting in a cross section of target audiences.

Based on the success of the U.S. network, coupled with overwhelming feedback from the 2013 Harris Poll and impressive results from Turner beginning to officially review its Nielsen Media ratings, AYAKM determined to reposition Boomerang globally as a network for kids and parents to enjoy together. Armed with the strength of characters from beloved series like The Powerpuff Girls, Looney Tunes, Scooby-Doo, Where Are You?, Dexter’s Laboratory and Tom and Jerry, Boomerang will be singular in its ability to be appealing for two generations; as kids who grew up on these time-tested shows, parents will be able to share their childhood favorites with their own kids.