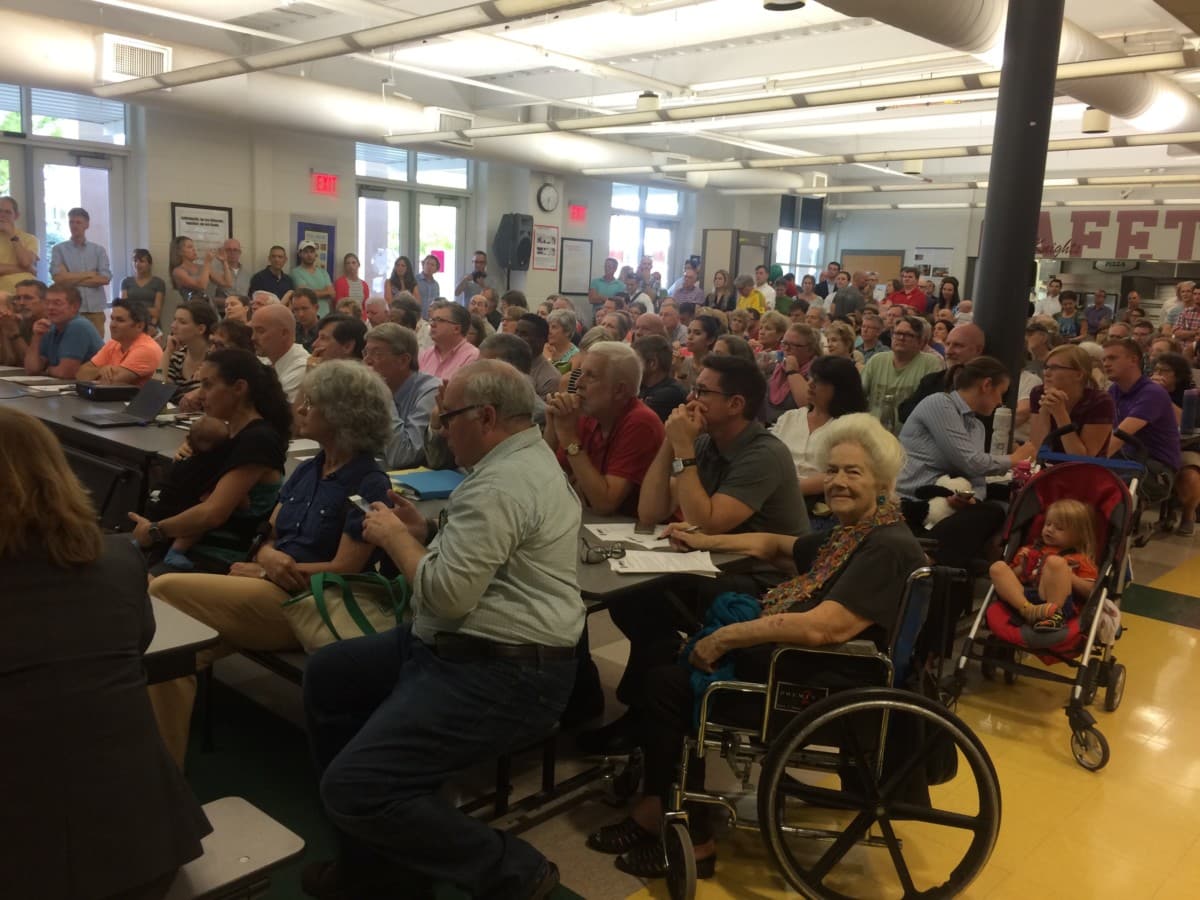 More than 400 people came to a community meeting at Grady High School Tuesday evening to explore turning the Monroe Drive-Boulevard corridor into a complete street. 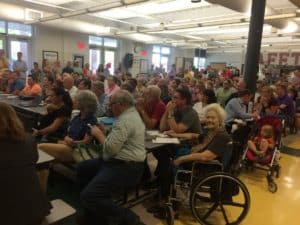 “It’s very exciting because we all worked together to get the word out,” said Faye DiMassimo, general manager of the City of Atlanta’s Renew Atlanta Infrastructure Program, of the standing-room-only meeting. “We are very much in the concept phase.”

It is estimated  the planning and design process will take about a year. The meeting included a short presentation from the project managers and engineers, but the decision was made to not open the floor for questions or comments. Instead, people were asked to write comments or talk to the planners one-on-one to express their thoughts. People also can submit comments or questions by going to the Renew Atlanta website. 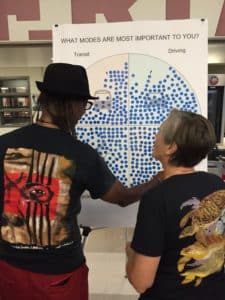 People were given opportunities to weigh in on what modes of transportation are most important to them – walking, cycling, transit or driving. The dots were pretty evenly spread out between the four modes.

“It really supports the idea of complete streets,” DiMassimo said.

Citizens who were present also were asked to highlight the problem areas along the corridor by sticking pink dots at those spots. Not surprisingly, the biggest problem area was the intersection of 10th Street, Monroe Drive, the Atlanta BeltLine and Virginia Avenue.

Perhaps no one is more vested in making improvements along the Monroe Drive corridor than Thomas Hyneman. Earlier this year, Hyneman’s 14-year-old daughter – Alexia – was hit while riding her bicycle through that intersection – passing away the next day. A memorial in her honor with a white ghost bicycle next to a decorated rock with momentos in her honor. 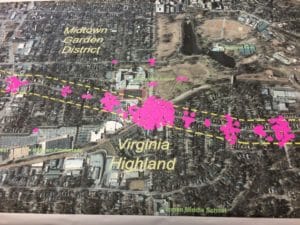 Several of her classmates from Grady came to Wednesday’s community meeting – often leaning on each other for support.

“I understand the politics involved, and I’m glad to see progress moving forward on this very troubled corridor,” Hyneman said. “However, half way through next year is far too late and long for action on an intersection that had over 160 accidents prior to the death of my daughter six months ago.”

The corridor travels through nine Atlanta neighborhoods. Between 18,500 and 21,500 vehicles travel along the corridor each day.

“The roadway varies in number of lanes, width and condition,” a description of the project stated. “Sidewalks are present on the majority of the corridor, but are often in disrepair.” 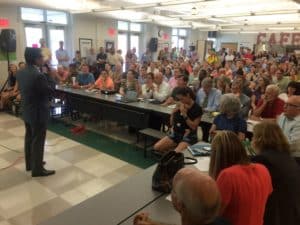 The description also said “there are multiple crash hotspots along the corridor including four fatalities and 28 crashes involving bicycles or pedestrians over the most recent three-year period..”

After receiving comments and ideas from the community, planners will present their recommendations in early 2017 on ways to improve the corridor. At that time, the community will be asked to comment on those concepts before a final design is reached.

Paul Morris, president and CEO of Atlanta BeltLine Inc., was delighted by the turnout Tuesday evening. But he also recognized the street is complex, and the solutions to improve the corridor are similarly complex.

Several people in the community were concerned the Monroe/Boulevard Complete Streets project could recommend for the street going from four lanes to three as a way to incorporate multiple modes of transportation along the corridor. 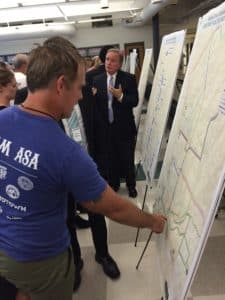 As the project description stated: “Complete Streets are streets for everyone. They are designed and operated to enable safe access for all users, including pedestrians, bicyclists, motorists and transit riders of all ages and abilities. Complete Streets make it easy to cross the street, walk to shops and bicycle to work.”

The corridor continues to attract new investment, and there is continued concern about increased congestion and safety along the route.

“The Complete Streets project will identify existing safety and congestion issues and develop corridor improvements to improve mobility, safety and quality of life for all users,” it stated.

Meanwhile, Hyneman understands that the longer it takes for those improvements to be realized, the more likely it will be that someone else will be hurt, if not killed, while walking or cycling along the corridor.

Alexia Hyneman would have turned 15 on August 30.