A few years ago, Atlanta’s du jour was “Every day is an opening day.”

Well this past week, the slogan actually could have been brought out of retirement.

Two major attractions — both quite different yet significant in their own right — opened this past week — the new Eastside Trail Gateway connecting the Atlanta BeltLine to Historic Fourth Ward Park and the new College Football Hall of Fame. 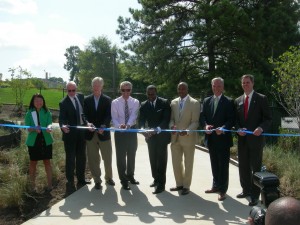 The Eastside Trail Gateway opened Friday morning as dignitaries braved the 90-degree heat to mark yet another milestone in the development of the Atlanta BeltLine — a project that continues to redefine the city.

Charlie Shufeldt, chairman of the Atlanta BeltLine Partnership, said that the effort has raised more than $50 million in private donations. From now on, Shufeldt said the plan is to raise money on a project-by-project basis, as opportunities present themselves.

Just 10 days ago, Ryan Gravel – the visionary godfather of the BeltLine — gave a talk at the 5th Annual Living Walls conference, which was holding a lecture series at the Center for Civil and Human Rights, itself an attraction that just opened a couple of months ago. 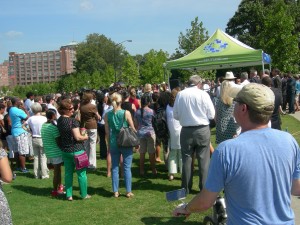 Gravel spoke about how he grew up in Chamblee — a suburban community that resembled those of so many others of his generation. But now the momentum is bringing people back to the city to a different lifestyle – one that is less dependent on the automobile and one that is friendlier to people on foot or on bicycles.

As Gravel spoke, it reminded me of the original gateway connection between the BeltLine and Historic Fourth Ward Park. A few renegade BeltLine activists took it upon themselves to build steps on the steep slope that separating the former rail corridor from the new park. 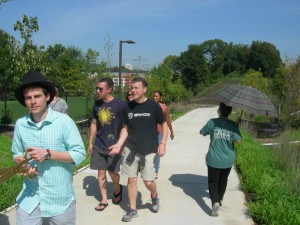 The steps, made out of wood and whatever materials could be found, were clearly a basic get-from-here-to-there endeavor. But they served a purpose.

So on Friday a new fully-ADA compliant winding ramp weaving its way up the steep terrain was opened with the official ribbon-cutting. Bicyclists, pedestrians and people walking their dogs were quick to find the new way to access both the BeltLine and the park. 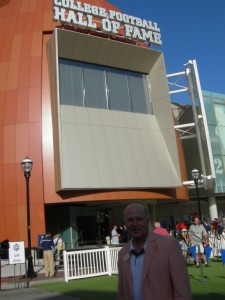 The opening of the College Football Hall of Fame had its own pizzazz as marching bands and cheerleaders helped get the crowd of eager first-time visitors in the mood for one of the nation’s favorite past-times.

Crowds started gathering at 9 a.m. on what was already turning out to be a very warm day. Coca-Cola was giving away free iced-cold drinks. Kia was showing off come of its latest cars. And Chick-fil-A, literally attached to the new Hall of Fame, was open and ready for business.

For Dan Cathy, CEO of Chick-fil-A and the largest corporate donor of the Hall of Fame, it was a day of celebration. Cathy, however, didn’t sit on the speaker’s platform. Instead that honor was given to Steve Robinson, the Chick-fil-A executive who was instrumental in putting the project together. Others on the platform included Atlanta Mayor Kasim Reed; John Stephenson Jr., president and CEO of the Hall; Steve Hatchell, president and CEO of the National Football Foundation; and Bill Curry, who coached both Georgia Tech and Georgia State University football teams and who gave the invocation. 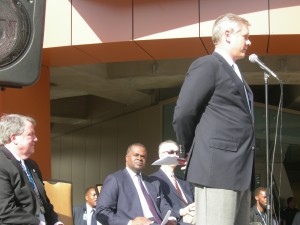 Several inductees to the College Football Hall of Fame also were present for the opening — sitting on a row below the podium. They included former Georgia Tech players Joe Hamilton and Randy Rhino; former University of California and Atlanta Falcons quarterback Steve Bartkowski; as well as University of Georgia players Bill Stanfill and Kevin Butler.

As soon as the $68.5 million attraction opened, people flowed in – predictably mesmerized by the multi-story wall of helmets from 767 schools that have college football teams. 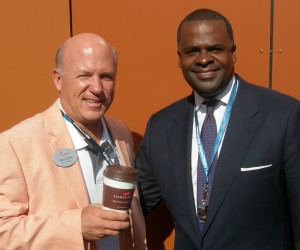 For those who had registered their college on their ticket, the helmet from their school shined extra brightly – creating a colorful display of which fans were the first visitors to the Hall.

Although Hatchell and Stephenson had been quite careful about declaring Atlanta the capital of college football in the country because they wanted to show a sense of measured respect to other major centers, Mayor Reed had no such hesitation.

“The College Football Hall of Fame makes the City of Atlanta and the State of Georgia the center of college football in the United States,” Reed boasted. “The City of Atlanta is a city of dreamers and doers. Here we have another extraordinary attraction in our city.”

After the official opening, Reed was asked what would be the next opening in Atlanta’s future.

“I don’t know,” he laughed, before adding that first he needed to get some sleep. 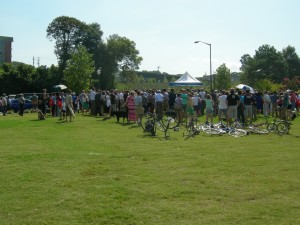 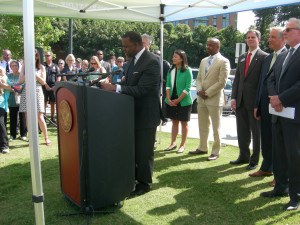 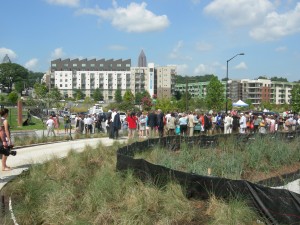 Shows how the Gateway winds up the hill 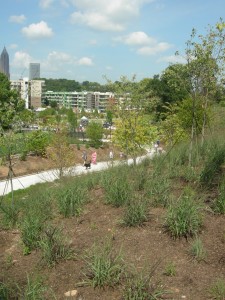 Another view of the trail 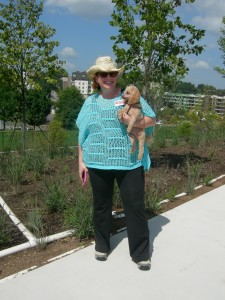 Anna Foote with her dog experiencing the new connector 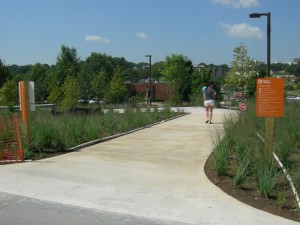 The entrance to the Gateway connector from the BeltLine 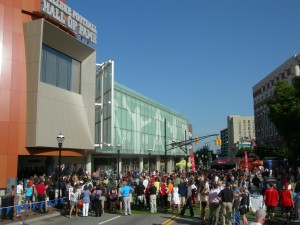 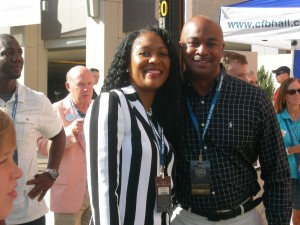 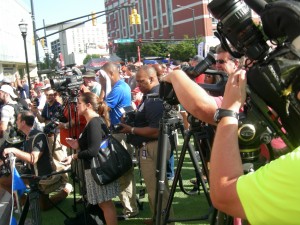 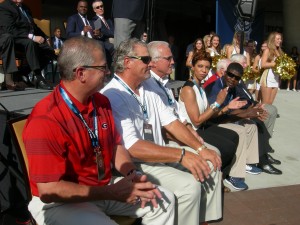 Hall of Famers are cheered on by the crowd 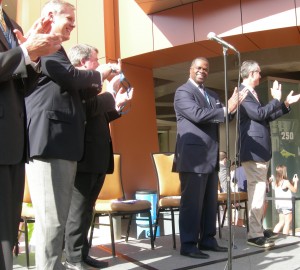 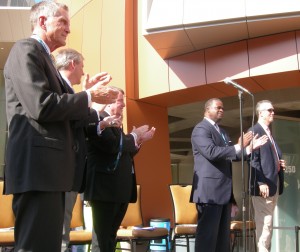 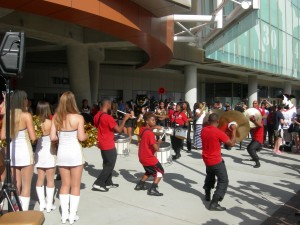 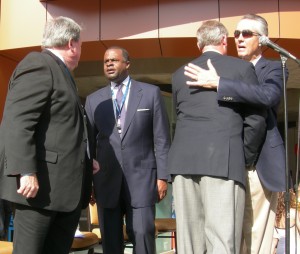 Despite 90-degree temperature, warm hugs are shared by all