The Coca-Cola Co.’s link to Atlanta will change after the company’s annual meeting in April.

Two of its key directors — Donald R. Keough and James B. Williams — will not be standing for re-election,  marking a new chapter for the Atlanta-based Coca-Cola Co.

Both Keough and Williams, who both are seasoned Atlanta executives, have had ties to the company for decades. In fact, both were associated with the company from the days when Robert W. Woodruff, the long-time leader of the company, was in charge.

Keough, 86, served as president and chief operating officer of the Coca-Cola Co. from 1981 to 1993, forming a remarkable partnership with then CEO Roberto Goizueta. Although he retired from the company in 1993, Keough continued to be one of the most influential advisors to the company.

That relationship was institutionalized in 2004 when Keough was re-elected to join the Coca-Cola board. That just happened to coincide with the timing of Neville Isdell coming out of retirement to become chairman and CEO of the company.

Williams, retired CEO of SunTrust Bank, roots with the company go deep. He joined the company’s board in 1979 after having developed a close relationship with Woodruff.

SunTrust, had been Coca-Cola’s bank going back to 1919 when its predecessor bank — Trust Company Bank — financed the sale of the Coca-Cola Co. As a result, the bank held a large share of the company’s stock until recently when it decided to diversify its holdings. Also, the super secret recipe for the Coca-Cola concentrate used to reside in the vaults of the bank until it was moved to the new World of Coke in December, 2011. 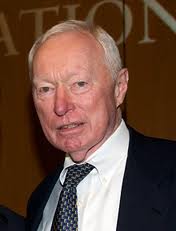 Williams, 79, has had tremendous influence on Coca-Cola’s board, serving as chairman of its finance committee since 1985.

With Williams retiring from Coca-Cola’s board, the bond between the company and the bank will be greatly diminished. Until recently, a top executive from the Coca-Cola Co. served on SunTrust’s board, and of course, with Williams as a company director, it was a reciprocal relationship.

Clearly the retirement of Keough and Williams dilutes the Atlanta presence on Coca-Cola’s board. Only two other outside directors of the 17-member board call Atlanta home — Ronald W. Allen, now CEO of Aarons Inc. and former CEO of Delta Air Lines, and former U.S. Sen. Sam Nunn, who is CEO of the Nuclear Threat Initiative, so he spends much of his time in Washington, D.C. and around the world.

Of course, Muhtar Kent, the chairman and CEO of the Coca-Cola Co., is based in Atlanta.

“It’s hard to imagine Coca-Cola without Don and Jimmy,” Kent said in a statement. “We are grateful to both of them for the immeasurable leadership they’ve brought to our company for decades. Many of our current Coca-Cola leaders learned this business under Don, and I have personally benefited from his guidance, mentorship and friendship for more than 30 years. Likewise, Jimmy has been a great advisor to me and the Board, and we have all gained from his clear direction and wise counsel.”

And over the years, Atlanta also benefitted greatly by having both Keough and Williams on the Coca-Cola board. Now we’ll see what the next chapter will bring.