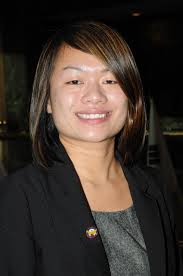 Atlanta Mayor Kasim Reed has made a couple of significant appointments these past couple of days – promoting two of his key staff members.

On Wednesday, he announced that he is nominating Amy Phuong as commissioner of the Department of Parks and Recreation. Phuong has been serving in that position as an interim commissioner since May after George Dusenbury left the administration.

Before that role, Phuong served as the city’s chief service officer, where she helped engage Atlantans in community service and channel volunteers towards the greatest area of need. She played a leading role in launching and developing Reed’s Centers of Hope initiative where she helped to raise $5 million to support youth programs throughout the city.

Just the day before, Mayor Reed appointed Melissa Mullinax as a senior advisor. She will provide guidance on legislative issues and manage Reed’s external relationships with government officials, neighborhood and community organizations.

Mullinax, who has been serving as deputy director of communications for the mayor, also will advise the mayor on City of Atlanta commission appointments as well as provide strategic communications counsel to senior administration officials on operational and policy issues.

Both promotions continue Reed’s efforts to put together his administrative team for his second term in office.

Several positions still remain open including the president and CEO of Invest Atlanta (the mayor said he is conducting the final round of interviews and an announcement should be forthcoming); and a new planning commissioner.

After Phuong became interim parks commissioner, the city was able to retain its National Recreation and Parks Association accreditation, the highest honor that can be bestowed on a parks system.

“Amy brings the right expertise to help the Department of Parks and Recreation meet the long-term goals of my administration,” Reed said in a release. “I am confident that her experience, vision and exceptional commitment to public service will help deliver on our promise to expand best-in-class recreational opportunities and green space for our city’s children and families.”

Phuong, who must still be confirmed by the Atlanta City Council, is a graduate of Georgia Tech and a 2014 Georgia Tech MBA candidate. She has held board positions with the Children’s Museum of Atlanta, Dad’s Theater, FLUX Projects, Keep Atlanta Beautiful, the United Way of Metropolitan Atlanta’s Cole Society Advisory Board, and the Quality of Life Advisory Committee for the Fort McPherson Redevelopment Project.

“As a native Atlantan, I am honored and excited to serve as the Commissioner of Parks and Recreation,” Phuong said. “Parks and recreation facilities are true community assets that positively contribute to the fabric that makes Atlanta special. Under my leadership, we will strive to become a world-class system.”

“Melissa has been an invaluable member of my senior team since 2012,” Reed said. “Throughout her career, she has shown a deep dedication to serving communities across Atlanta and Georgia. In this new role, she brings with her a wealth of knowledge in public affairs, strategic communications and politics.”

In her role as deputy director of communications, Mullinax has been developing and implementing dev comprehensive and integrated public relations and communications strategies for the mayor and the City’s operational departments.

Mullinax has also played a leadership role in a number of the administration’s policy initiatives including the successful effort to improve the City’s ranking in the Human Rights Campaign’s Municipal Equality Index, the Blue Ribbon Commission on Waste and Efficiency, and women’s policy issues.

Prior to joining the Reed Administration, she was the Government Affairs Advisor to the Chief of the Mississippi Band of Choctaw Indians, a federally-recognized 10,000 member gaming tribe, where she developed and sustained key relationships between the Tribe and federal, state and local governments, businesses and economic development organizations.

She also served as a founder and principal of three public affairs and political consulting campaigns – The Edison Group, True Blue and Percussion Campaigns + Communications.

Previously, Mullinax also served as the Southern Regional Political Director from 2002 until 2006 for the largest union in the country, the Service Employees International Union (SEIU).

“I am honored to have the opportunity to work with Mayor Reed and the Administration on critical policy initiatives and external affairs,” Mullinax said in a statement. “I look forward to working with our community and government partners to ensure that strategic partnerships and effective communications are assets for, and deliver value to, what I believe is the greatest city in America.”

A native Atlantan, Mullinax graduated with honors from Agnes Scott College with a degree in political science.  Mullinax has served on the national boards of the Victory Fund, the Center for Policy Alternatives and the American Association of Political Consultants.

In Georgia, she served on the Executive Committee of the state Democratic Party, on the board of WIN List, a political action committee for pro-choice Democratic women candidates, and the Women’s Policy Group.

Previous Article
ARC board defers decision on seating developers, votes to allow public comment during board meetings
Next Article
A green light for GM plant project