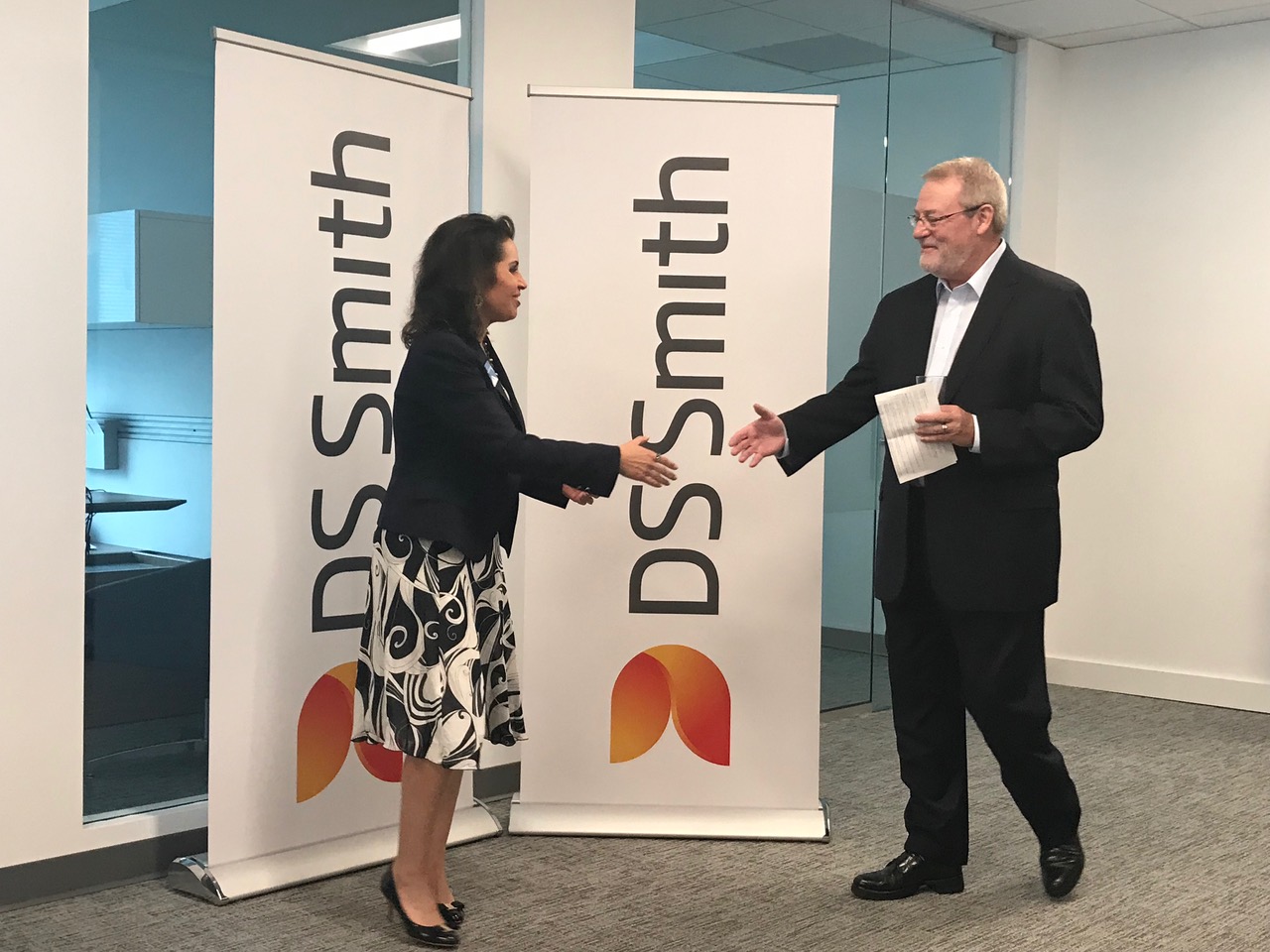 Atlanta is solidifying its role as a center for the packaging industry in the United States.

The newest company to call Atlanta home is DS Smith, a U.K. company that selected Buckhead as its North American headquarters. The company considered 17 cities before choosing Atlanta.

DS Smith held an opening reception for its new offices at 3475 Piedmont Road on June 11. The event also was an opportunity to highlight DS Smith’s new global partnership with the Ellen MacArthur Foundation, which will accelerate the company’s sustainability goals. 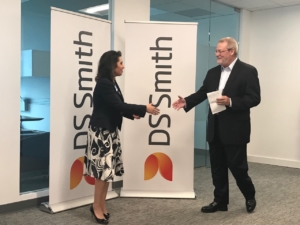 “Atlanta is probably the single largest packaging hub in the world,” said Jim Morgan, CEO of DS Smith’s North American operations. “We have wonderful friends and colleagues in Atlanta. We enjoy their cooperation and their competition. There’s Georgia Pacific, WestRock and Graphic Packaging.”

In an interview during the reception, Morgan said Atlanta was selected because of the available talent with technical expertise in the market. The second biggest criteria was logistics – “being able to get everywhere in the world” through Atlanta’s airport.

“We are really happy to be here in Atlanta,” said Morgan, who was with a company – Interstate Resources, which was acquired by DS Smith in August 2017. The company had been operating in Virginia near Washington, D.C., before moving to Atlanta.

Currently the company is employing 55 people in Atlanta where their mission is “redesigning packaging for a changing world.”

“Our expansion in North America is very aggressive,” said Morgan, who expects the Atlanta office to grow.

The partnership with the Ellen MacArthur Foundation will seek to create a circular business model where the company has pledged that 100 percent of its products will be reusable or recyclable by 2025. It also has pledged to reduce its CO₂ emissions, relative to production, by 30 percent by 2030.

Scott Seydel, an Atlanta businessman and environmentalist who serves on the board of the Ellen MacArthur Foundation, helped make the connection with DS Smith.

“Ellen was the first woman to circumnavigate earth in a sail boat – beating all the men’s records at the time,” Seydel said.

That’s when she decided to dedicate her life to stopping the dumping of dangerous plastics and other toxic materials in the oceans and waterways.

“When we see what’s happening in the world, we are committed to changing what’s happening to the oceans,” Morgan said. “We want to move away from being a linear economy where we make something and throw it away. We want to produce a great product and recycle that product to create a circular model.”