UES filed two separate legal responses late Friday afternoon objecting to efforts by Tyler Perry Studios and MILRA to dismiss UES’ lawsuit against a proposed deal to sell 330 acres of the 488-acre Fort McPherson to the internationally-known Atlanta filmmaker to build up to 16 sound, television and movie studios on the property.

In its new filings, UES said it had been working on a movie and entertainment studio deal with MILRA since 2011 spending “enormous amounts of time and resources” towards buying 80 acres of the fort for its project. 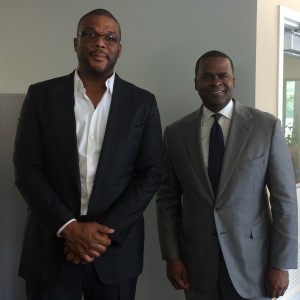 Tyler Perry and Kasim Reed at Aug. 8 MILRA board meeting

When asked about the Ubiquitous Entertainment’s lawsuit against the Perry deal on August 8, Atlanta Mayor Kasim Reed called the suit “garbage,” and he made disparaging remarks against the people behind UES who were legally challenging Perry and MILRA.

But in its latest filings, UES clearly states it has legal problems with the way the Perry deal thwarted its own plans for a movie studio.

After UES made a formal offer to buy 80 acres in December, 2013, MILRA informed UES on Jan. 26, 2014 that “it was not the yet the title owner of the federally owned” property, and “at such time that it became property owner, inform UES and other parties who were interested purchasing property located within Ft. McPherson by public notice.”

But UES said MILRA never advertised the property, and it still has not become the title owner of the land.

“Nor has it given any reason for why it has violated the federal statute governing the disposition of federal property,” the new filings state. “It did, however, join in a press conference in June 2014, with Atlanta Mayor Kasim Reed stating that it had entered in ‘robust’ negotiations with Defendants’ Perry for Defendant Perry to purchase the Ft. McPherson property.” 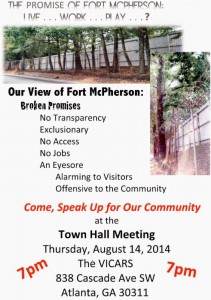 But in its filing against Tyler Perry Studios, UES said the issues are even more conflicted than just not following disposition of federal property.

“UES, upon information and belief, has cause to believe that Tyler Perry is in possession of its site plans and drawings as a result of receiving them from MILRA,” the legal filing states. “Not only that, UES requested that MILRA return all documents and plans that had been shared but also to not share the information with parties outside of those meetings (this is the primary purpose of a nondisclosure agreement and a non-circumvent agreement).

The filing said that when Perry’s team submitted its proposed development plans for Fort McPherson, it “contained similar site plans, drawings and business plans” to those submitted by UES. It also disclosed that had intended to build movie studios, an entertainment complex as well as a educational institution.

In UES’ filing against MILRA, it breaks down its legal problems with the authority.

“As set out in the Complaint, federal law required that federal land be conveyed and transferred in a very particular manner and under very particular conditions,” it states. “In its Brief, MILRA does not deny this fact but instead argues, essentially, that UES does not have the right to call it to the carpet for failure to follow those clearly prescribed procedures and requirements.” 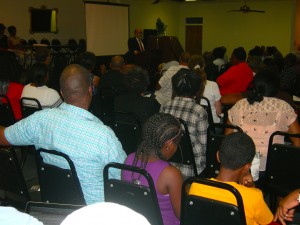 The UES filing stated that the MILRA and the City of Atlanta “made a sole source determination that the Ft. McPherson property should be sold to Tyler Perry Studios…. However, in so doing, MILRA has not followed the statutorily mandated guidelines for the disposition of federal property which require, where feasible, a fair and open competition be made available to all persons who quality to compete.”

The filing went on to describe statements by MILRA executive director Jack Sprott as “fraudulent” because MILRA Chairman Felker Ward said in June that MILRA had been negotiating with Perry for months, showing that the public would be given an opportunity to bid on the property. 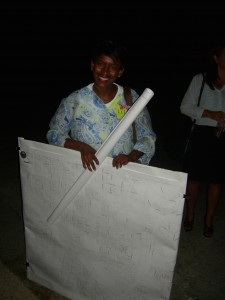 Kay Wallace with her boards and presentations after community meeting

The attorneys representing UES is Tony Axam and Edtora Jones, both of Atlanta.

UES is not the only entity questioning whether the out-of-the-blue negotiations with Tyler Perry Studios followed the legal process for disposing federally-owned land.

At a standing-room only community meeting Thursday, Aug. 14 at the Vicars on Cascade Avenue, more than 150 people showed up to object to the way the process had been handled. (See Carrie Williams editorial of the meeting below).

Kay Wallace, a resident of West End, gave the audience a primer on how the disposition of federally-owned is supposed to happen with community involvement and how it has been happening in Atlanta. 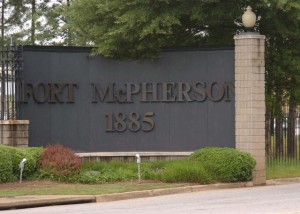 The Fort McPherson Townhall Meeting:  The “Awful Song” Of Community Exclusion And How We Can Fly

Sitting in the VICARS – a community space in Southwest Atlanta I know and love through my participation over the years with the Concerned Black Clergy – and observing nearly 200 community members attending a town hall meeting on Fort McPherson this past Thursday, Aug. 14th, 2014 — I could tell many were bracing for bad news.  And, that meant they were also bracing for what it would take – if it was at all possible – to turn the potential bad news around.

I saw Maria Saporta, an extraordinary journalism professional with her own online news outlet – SaportaReport – in the packed room.  There was Sen. Vincent Fort, along with the town hall meeting organizers that were signing people in, helping to hand out the meeting agenda and information sheets for the town hall.  There were also a few independent folks with video cameras – one in particular I noted from People TV, Atlanta’s public access television station.

But, as the town hall meeting got started, with a prayer from the Community Church of God’s pastor Rev. Michael Smith, there was an obvious missing:  there were no Atlanta television news station cameras on the scene.  No Channel 2, 5, 11, or 46 reporters.  And, from all appearances, no AJC reporters, either.  Perhaps even more sadly, there did not appear to be any traditional black newspaper reporters there, either – but then, Thursday’s are often the deadline day for their papers.

You could call it a corporate media “black-out”.  That’s who owns the AJC and our television affiliate news stations:  major U.S. corporations.

Why weren’t they there?

Sen. Vincent Fort’s media release regarding the Aug. 14th town hall meeting was sent from the Senate Press Office, so the television news stations would have automatically been notified.

So, why didn’t they — the television news stations — cover the town hall meeting?

What we know for sure is, by not having major television media there — or print media there, like the AJC — the majority of metro Atlanta will not know what the community found out at Thursday’s town hall meeting, which is: the Fort has not been sold, and there are processes that can be impacted over the next 8 weeks to advocate for community inclusion.

But what also became clear to me, from having attended this community meeting, as well as other meetings around Atlanta recently is that those communities impacted by similar types of issues in other parts of the city and metro Atlanta- may never get to see the pattern of similarity in their issues.

Or see just how locked out they are, from the decision-making process.

This is the “Awful Song” about community in Atlanta, an analogy I’m offering to what R. Kelly sang about in his Grammy-winning song, “I Believe I Can Fly”. [click HERE]

How did that happen?

A literal “gold rush” is getting ready to descend upon the communities of Vine City, English Avenue, Oakland City, and the Campbellton Road Corridor, from these major development decisions over the new Falcons stadium and now Fort McPherson.

Who will profit from that “gold rush”?  The communities already know it will not be them – again — unless something drastically alters.

What can possibly bring balance to this imbalance of power, where communities are locked out of the decision-making process that impacts their lives so keenly?

Dr. King said we would have to address the “re-structuring of the whole of American society”.  I believe he was pointing to bringing the people of America themselves fully into the decision-making process of government. That type of “re-structuring” – if done right -has the possibility of bringing balance to the decision-making processes that impact our communities, especially our disadvantaged ones.

It is the imbalance of power that keeps communities locked out of the decision-making process.

As those “incubator” advocacy strategies begin to grow roots, and sprout leaves, we will be the first to bring them to you.  For those of you who are ready now to begin the journey of advocacy, feel free to email us with your interest, questions, or comments.  One-day advocacy conferences will be beginning this fall, in September 2014. 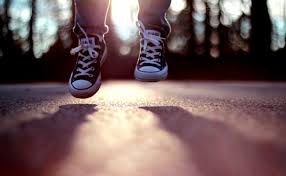