The Fulton County Executive Airport (Airport) occupies 985 acres on the industrial corridor located along Fulton Industrial Boulevard (FIB corridor) and Martin Luther King Jr. Drive. Bookended by recent and significant investments by companies such as Amazon and UPS, the FIB corridor and surrounding area are ripe with development potential.  Within the FIB corridor, Fulton County controls nearly 7 miles of uninterrupted Chattahoochee River frontage, and it has successfully developed several civic and community developments. Additionally, Fulton County owns several key parcels that can be developed for income-producing and widely-sought amenities capable of satisfying the needs of the Airport and its clients and enhancing the surrounding industrial and logistics hub.

On September 30th and October 31st, 2020, Fulton County partnered with ULI Atlanta to convene a Technical Assistance Panel (TAP) consisting of unpaid volunteers from the 1,400 ULI members in the Atlanta District Council chosen specifically for this assignment. The Fulton County project included ten other seasoned real estate, development, and finance professionals from ULI Atlanta’s membership — and I served as Project Manager. Our group was tasked with identifying market-driven development opportunities for Fulton County-owned properties located adjacent to the Airport and advising on how best to catalyze that development. The culmination of our work on this project and recommendations can be found in the final report here. 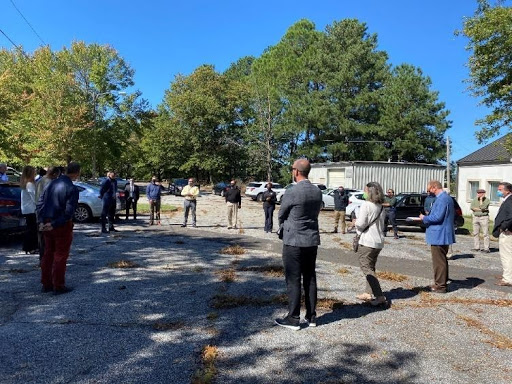 In a year when COVID-19 left little untouched, the TAP was delayed six months from March to September when the TAP Panel, ULI Atlanta staff and member leadership, Fulton County leadership, Airport leadership, Commissioners from the Fulton County Board of Commissioners, and colleagues from the Fulton County Development Authority finally convened on a bluebird sky day for socially-distant and open-air introductions followed by a police-escorted caravan tour narrated via Zoom by Fulton County and Airport leadership. The caravan tour saw and heard about exciting improvements inside the Airport and otherwise focused primarily on Fulton County-owned parcels surrounding the Airport and along the FIB corridor. Subsequent Zoom-based stakeholder interviews were then conducted by Panelists from their respective homes and showcased lively discussions, positive and critical comments, and altogether valuable input from a wide spectrum of stakeholders including local governments, local asset owners, companies, Airport tenants, transportation and utility entities, among others.

The Panel heard both praise and criticism of the FIB corridor and surrounding area that ranged anywhere from perceptions of the area as being blighted and severely lacking core amenities to being extremely well-positioned to harness the strengths of the area to build income-producing community-based needs as well as developing targeted workforce development, with a distinct opportunity in industries like aeronautics and logistics. Stakeholders also highlighted local interest in adding retail amenities and services including a limited-footprint grocer, more restaurants, and even services like childcare. 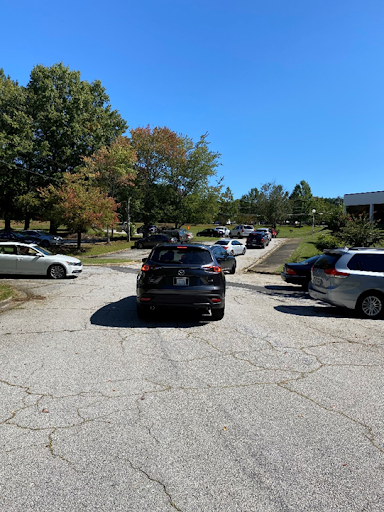 The Panel then moved on to discuss areas in the FIB corridor that could be prioritized for near-term development, citing Fulton County’s ownership of the plateau encircled by Aviation Circle and adjacent to the existing Aviation Community Cultural Center. The Panel believes this area can provide a focal point for development of the FIB corridor that could take form as a pedestrian-friendly, vibrant town center with related services for Airport users and the surrounding community.

In its discussions, the Panel also noted the importance of the strong leadership of both Fulton County and Airport teams and their impressive ability to coordinate with developers, companies, and even local colleges and universities focused on the study of and innovation in aerospace and logistics as a factor in the future success of the area’s development. While the FIB corridor is considered to be generally behind competing industrial corridors in the Atlanta Region from the standpoint of the outdated design and capacity of the area’s existing industrial buildings, its proximity to Atlanta’s urban core and Highways I-20 and I-285, make the adage of “location, location, location” a key selling point for additional and sustained private investment in the FIB corridor.

To date, Fulton County and Airport’s current long-term plan for the area inside-the-fence includes plans to continue to enhance amenities, aesthetics, and runway capacity necessary to continue to be Atlanta’s premier corporate airport. As part of that vision, the improvements inside-the-fence will be implemented contemporaneously with those outside-the-fence, most likely via a partnership with a private developer. The TAP Report will be utilized in decision-making for this outside-the-fence vision, and it prioritizes creating a more-aesthetically pleasing, vibrant, and potentially green gateway into the City while also best positioning the FIB corridor for the logistical needs, built assets, and community amenities needed to transform the FIB corridor into a successful and enduring industrial and logistics district.

Alex Heaton is an attorney at Morris, Manning & Martin, LLP, a full-service national law firm founded and headquartered in Atlanta. He is an active member of the Urban Land Institute. He is currently involved in this year’s Center for Leadership Program, serves on ULI Atlanta’s Technical Assistance Programs (TAPs) Committee, and is part of the core planning team for the Atlanta Community Schoolyards Initiative, a joint-effort of ULI Atlanta, the Trust for Public Land, and Park Pride.

In addition to Fulton County, ULI Atlanta would like to thank Georgia Power for their co-sponsorship of this TAP Report.