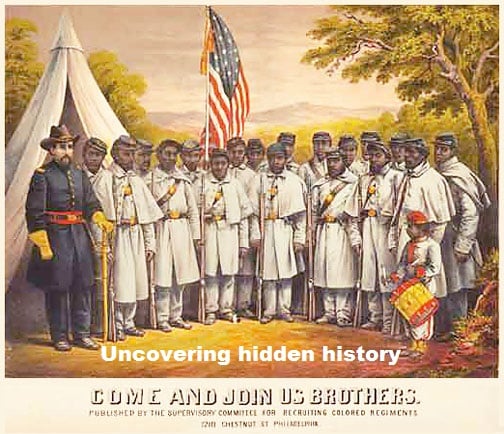 This week, ELYSE HILL, a professional genealogist, shares the stories of African American lives she’s uncovered in the archives.

As a genealogy researcher I’m always looking for records and documents that provide unique information about the lives of African Americans in the South. I’ve been fortunate to have found some interesting information about pre-Civil War free and enslaved persons in various resources housed in federal, state, and county archives, in courthouses, and in university holdings. Here, for Georgia Archives month, I’ve shared a few of the stories I’ve come across over the years. These stories offer a glimpse into the lives of African Americans and range from before the Civil War, when most were enslaved, to the war itself, to freedom. 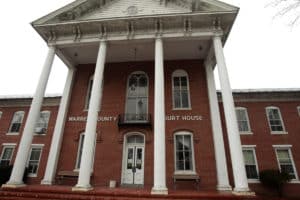 The University of Georgia’s online Georgia Newspaper Project contains Milledgeville’s Southern Recorder newspaper dated March 15, 1832, in which the Baldwin County inferior court clerk placed a public notice that “Viney” (Lavina) Moss had registered free person status for herself and her children Mary, Berry, Ellick, George, and Ephraim. She would receive her certificate provided there were no objections. I can only imagine Lavina’s feelings of being free in a slave state and while probably among slaves who were her family members.

McDonough Memorial Cemetery in Henry County is the final resting place for Holloway and Anthony Crockett. Their white marbled military headstones indicate they were Civil War veterans, privates in Company B of the 135th U.S. Colored Infantry. Henry County’s probate court has the will of John Crockett, their owner, which allows us to trace their story. 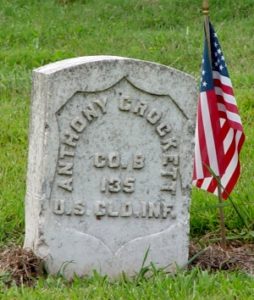 In the will, written June 15, 1856, and probated September 1, 1856, Crockett acknowledges that “being of advanced age and knowing that I must shortly depart this life, that I should make a disposition of the property with which a kind Provider has blessed me.” In addition to noting his desire for a decent Christian burial and payment of his debts, Crockett bequeathed numerous properties, including his slaves, to various family members. Holloway and his parents, Stephen and Mary, were given to John Crockett’s daughter, Nancy Crockett-Lemon, and Anthony was given to his son, John Crockett Jr.

Holloway and Anthony’s Civil War pension application files are maintained at the National Archives in Washington, D.C. Their files contain sworn and signed affidavits stating they joined General Sherman’s army on his march from Atlanta to Macon and then on toward the sea. From Savannah they followed Sherman to North Carolina, and on March 25, 1865, in Greensboro, they enlisted in the 135th. They were discharged on October 23, 1865, in Louisville, Kentucky. Both the will and pension files confirmed they were not brothers as I had initially thought. I would love to know more about their journey with Sherman.

The Bureau of Refugees, Freedmen, and Abandoned Lands (better known as the Freedmen’s Bureau) was established on March 3, 1865. The bureau had offices in cities throughout former slave-holding states. The bureau provided food, housing, transportation, medical aid, and legal assistance, and established schools for poor whites and more than 4 million former slaves. The National Archives at Atlanta (NARA), in Morrow, maintains approximately 28 microfilmed rolls of Georgia’s Freedmen’s Bureau records. 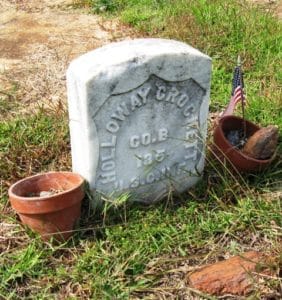 The film for the Freedmen’s Smallpox Hospital in Augusta has a register of patients, and contains the names of Louisa Porter and her family. Porter, age 24, was admitted to the hospital on October 1, 1865, nearly six months after the end of the Civil War. Beneath her name in the records are the names and ages of four young children admitted the same day. I assume that George (6), Richmond (4), Jenny (3), and Orange (1), were Louisa’s children. The heartbreaking part of this discovery is that the records tell us that between October 2, 1865, and October 18, 1865, all of the children died. Louisa was discharged on October 25, 1865. These children lived as free persons for only a few months while enduring a fatal disease. I hope that Louisa received some type of support from family and/or friends upon her discharge.

Another set of microfilm at NARA contains records of the Freedman’s Savings and Trust Company, incorporated in 1865. Its purpose was to provide an institution where former slaves and their families could place and save their money. On January 22, 1866, Robert Baker opened his account at the Savannah branch with a $43 deposit. Robert indicated on his application that he was born in Liberty County and that his former owners were R.F. and Elizabeth Baker of Savannah. He was widowed with one daughter, Caroline, worked as a stevedore, and lived near Margaret Street in Savannah. Unfortunately, as a result of mismanagement, fraud, and other issues, the bank closed in 1874, and most depositors lost all of their savings. I wonder if Robert closed his account before this event.

This is just a small sampling of the many resources and records I’ve discovered in my research. Many of these record images are available online at various genealogy websites, but there are some that aren’t and require a trip to an archives or courthouse. Those living in metro Atlanta are fortunate to be near both federal and state archives located in Morrow.  The state archives contains microfilm of many Georgia county courthouse records.

If you don’t have Georgia roots, do like I did and adopt a Georgia native or event, take a break from the computer, and go on a research trip to a Georgia archive and courthouse. See what genealogy treasures you may discover. Take my word for it: there are endless genealogy treasures out there to be discovered.

Elyse Hill is a professional genealogist who has done research on her family and for clients for more than 10 years. She was a first place winner in the 2015 International Society of Family History Writers and Editors (ISFHWE) Excellence-in-Writing competition, and is an experienced genealogy presenter.