Underground developer asks Atlanta Mayor to ‘stick with us’ 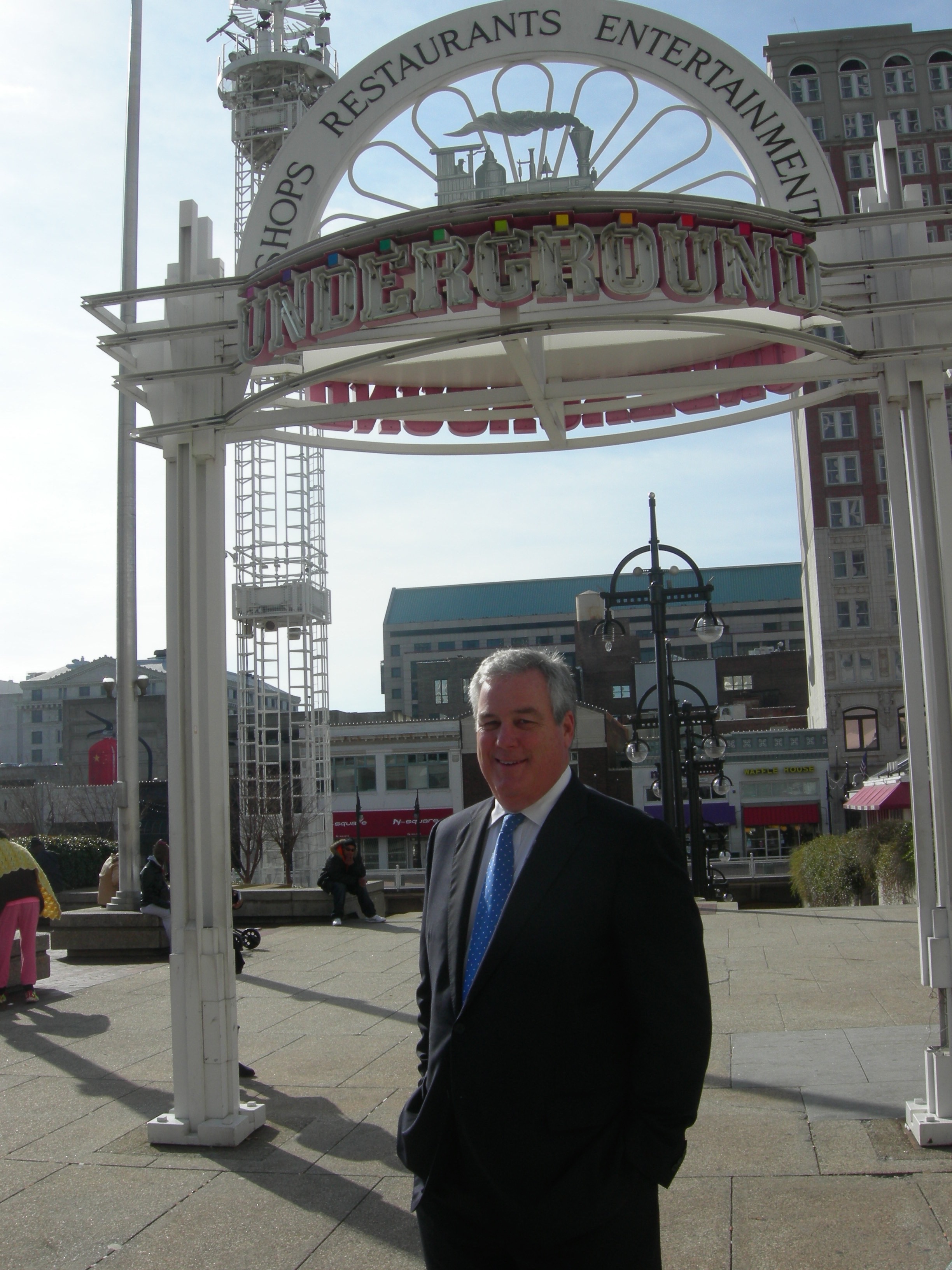 By Maria Saporta and Douglas Sams
As published in the Atlanta Business Chronicle on Jan.6, 2017

For four years, South Carolina-based WRS Realty has been pursuing a deal to buy Underground Atlanta – becoming the sole bidder to buy the property from the City of Atlanta.

But now, WRS has until the end of January to close on the sale of Underground, a transaction that has been delayed several times because of the complexities involved in the deal.

Atlanta Mayor Kasim Reed, in a Jan. 4 interview with Atlanta Business Chronicle, said that in order to clean up the issues involved, both the boards of Invest Atlanta and MARTA will need to meet this month to vote on the title easement issues. “We have the ability to address the concerns that were raised in January,” Reed said. “It’s time for this to close. After that we will either close or we’ll move on.”

The mayor repeatedly said he hopes to complete the sale with WRS, which he credited for creating the interest in the Underground property. But he also said the city now has options if the deal with WRS does not work out.

“There are at least two other firms with the ability to close with the funding in place,” Reed said. “I feel loyalty to WRS. They created the interest that we are currently seeing in Underground. I know the development community is taking an interest in south Downtown, and it’s only going to get stronger and stronger.”

In referring to the other potential developers, Reed said, “The other parties have expressed an interest at a higher rate than the deal we have struck with WRS.” Then the mayor added, “I don’t believe it’s in our interest to open this back up if we can meet our interests with WRS.

Scott Smith, CEO of WRS Realty, told Atlanta Business Chronicle he is committed to completing the Underground deal, but continues to be concerned about the ability to close the deal in January.

“The mayor wants to close in January, but I don’t know if that will be possible,” Smith said in a telephone interview. “It’s been very tough to get everything – the legal paperwork – all correct. The mayor wants it closed ASAP, and so do we.”

WRS has been the city’s preferred partner to buy Underground since December 2014, and it had been expected that the transaction would close before the end of 2016. Then late last year, the mayor said the closing would take place in early January following the final Peach Drop celebration at Underground. The city wanted to retain ownership of the property so it could hold the annual event for the 2017 New Year celebration.

“The mayor has been very good to us,” Smith said in a follow-up interview. “There is absolutely nothing left to keep us from closing. Our lenders are in place. We can certainly have the mayor meet with our lenders.”

“If the mayor will stick with us, we will make it happen. We are ready to go.”

Meanwhile, WRS has been busy lining up its partners for the project. “The capital partners are in place,” Smith told the Chronicle, adding that the financing would come from a U.S. investment firm. “They are waiting to get the final documents.”

But Smith also had been talking to a German investor – Newport Holdings.

“Newport was a group that was looking to do the project with us,” Smith said. “They decided not to go forward with us on Underground, but we brought them in on the Peachtree properties. They looked at doing Underground with us, and decided not to.”

In addition to working on the Underground sale, WRS also had contracts to buy up to 20 nearby properties along Peachtree Street south of the Five Points MARTA Station. And Newport agreed to step in and take the lead in acquiring and developing those properties.

Jake Nawrocki, president of Newport’s U.S. division, confirmed that arrangement. “Newport USRE provided 100 percent of the capital to purchase assets on Peachtree Street that WRS had previously under contract,” Nawrocki said. “We purchased them in a venture with WRS.”

Newport is still formulating plans for the property. Newport’s team members include Nawrocki and Katharine Kelley of Green Street Properties, who were both former executives with Jamestown and the Ponce City Market redevelopment. Smith was confident Newport and WRS would be working along complementary paths. “It’s really nice when Underground gets done and when those guys refurbish those buildings, the whole area will be changed at one time instead of doing it step-by-step,” Smith said.

But Smith did not address the possibility that Newport could emerge as a competitor to doing the core Underground Atlanta project.

It has been speculated that Newport is one of the two development teams that would be interested in stepping in to do the Underground deal if the agreement with WRS falls through.

A.J. Robinson, president of Central Atlanta Progress, isn’t surprised by the delay. “All parties have been working very hard for a long period of time to resolve a very complex real estate transaction,” Robinson said. “I know everybody is committed to try to make this happen in the fastest possible way. There’s so much potential. I’m optimistic it will get done.”

When asked about Newport’s role, Robinson said, “I think it’s wonderful we have a new development player working in the same neighborhood as WRS and on some of our neglected downtown properties that have so much potential. It will complement the work that’s being done in Underground. We welcome people who want to invest in the downtown community.”

Meanwhile, Smith said he is proceeding on all aspects of the project. In addition to securing a capital partner, Smith said he is talking to other firms that will be part of the development. “We are talking to two separate groups on the residential side, and we’re trying to figure out the best fit,” Smith said, adding that the plans continue for there to be retail on the lower floors with residential and student housing above. Smith also has said one of key retail tenants will be a grocery store, something that has been missing in downtown Atlanta.

“We actually have two grocers who say they are interested in doing it, but we haven’t signed a deal with them,” Smith said. ”We may not need a 90,000-square-foot grocery store in that area. We could do a 40,000-square-foot store.”

Smith also has been having to answer questions about why WRS wanted to have the public streets abandoned for the project. “We are trying to create a community,” Smith said. “We don’t think these streets should have tractor trailers. We would rather have kiosks out on the street – maybe have a farmer’s market. We want to have a neighborhood feel.”

He said his vision is the same as it’s always been: To create a new community that links back to Atlanta’s origins.

“My goal is to get as many full-time residents there as possible,” Smith said.

He also expressed confidence that the sale will proceed. “It will get done,” Smith said. Asked when, Smith replied, “Just as soon as we can get it done.”

Douglas Sams is the real estate writer for the Atlanta Business Chronicle.

Previous Article
In a cautious time for legislature, even the pork gets postponed
Next Article
Atlanta civic leaders welcome Erika Shields as new police chief