When it comes to food in America, we face a Dickensian dichotomy. Parts of our population enjoy abundance and an unprecedented variety of food choices, while others live in so-called food deserts with no easy access to fresh, wholesome food at all.

Similarly, obesity and related diseases like Type-2 Diabetes have reached epidemic proportions, while a large percentage of our population regularly faces food insecurity or outright hunger. How is it that a society as advanced and rich as ours is forced to deal with such seemingly contradictory challenges?

Well, it’s not due to a lack of food; not yet, at least. Our country continues to set new records in food production, while also importing a record amount from abroad. So, clearly, the problem lies not with the overall amount of food we produce but, instead, with the type of food produced and how and where we produce and distribute it.

Take fresh produce as an example. Consumers have become accustomed to having access to just about any type of fresh produce at any time of year, regardless of season, weather or where they live. As a result, the global produce industry now boasts one of the most advanced logistics and distribution networks in the world.

Walk into any Whole Foods and you will find cucumbers from Holland, peppers from Peru and lettuce from Arizona, Mexico and Honduras. Of course, while many of these products might look impeccable, they often disappoint in terms of taste, texture and nutritional value. 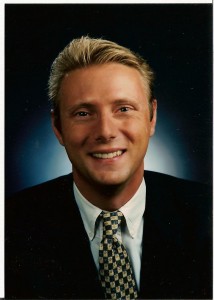 Growing food in these faraway places and then transporting it by air or refrigerated truck for thousands of miles is not only hard on the food, it also causes pollution, traffic congestion and host of other problems, including lack of access in many parts of our society, such as our inner cities.

Unfortunately, our current food system is geared for centralized production in places far from our urban population centers, making long, complex and energy-intensive supply chains necessary. With the cost of oil rising, however, there is increasing interest in local food production in or near cities.

Urban gardens are becoming increasingly popular and they play a crucial role in building awareness of food issues and helping to educate our young citizens – and those not so young – to make good food choices.

They are also spurring renewed interest in food production and gardening. It is estimated, for example, that up to 10 million people began growing food in their garden when First Lady Michelle Obama planted vegetables in the White House garden.

This sort of involvement by high profile, influential people – and the publicity and attention that comes with it – creates awareness, drives education and fosters engagement. It will not, however, fix our food system or solve the problems that result from its current dysfunction.

Instead, radical innovation – the kind we have seen transform other sectors, including information technology, communications and medicine – is needed to meet the challenges we face. The fact of the matter is that our current approach, with its heavy dependence on increasingly scarce resources such as oil, water, and arable land, has inherent limits; and we are quickly bumping up against them.

Previously, we were able to increase production by simply adding more inputs, primarily in the form of more land by converting more and more acreage (usually in faraway places) into farmland.

Unfortunately, land suitable for farming has become scarce and we are now forced to resort to less-suited options. These tend to be further away from the point of consumption, often involve converting them from other uses such as forestry or wildlife habitats, or have less suitable climate, lack access to water or poor soil quality.

While we can overcome nearly all of these limitations, doing so usually requires a lot of energy — energy for transport, to create synthetic fertilizers and pesticides, pumping water, plowing and tilling soil, seeding and harvesting crops.

Agriculture is one of the few sectors that has not fundamentally changed in over 50 years. Nearly all innovation during this time has taken place in ancillary fields, including logistics and supply chain management, seed technology, and fertilizer and pesticide development.

One side effect of this is that less and less of what we spend on food – our so-called “food dollars” – ends up with the folks actually growing the crops, the farmers and their workers.

Instead, the vast majority is spent on energy, processing, distribution, retail and marketing. And, for all the money spent on today’s well-travelled and heavily processed food, it’s not any better than what our parents ate.

Quite the opposite, in fact. Studies have shown that the average nutritional value of common produce has declined steadily and anyone who has had a tomato grown in Florida in December can attest that the same is true of flavor and texture.

But it is possible to grow food at or near the point of consumption; and there are quite a few innovative companies showing us how. New York-based BrightFarms, for instance, is company that builds and operates rooftop greenhouses right on top of supermarkets and old warehouses in our country’s largest city. Gotham Greens, also a New York company, grows fresh produce in rooftop greenhouses in Brooklyn.

Another example is Atlanta-based PodPonics, which recycles shipping containers into controlled-environment “GrowPods” used to cultivate lettuce, micro-greens, and other produce. PodPonics grows their crops without any pesticides, uses 80 percent less water and vastly less fertilizer, none of which runs off to pollute streams and waterways. Plus they supply some of the city’s best restaurants with produce delivered within mere hours of harvest.

While we face significant challenges in re-engineering our food system, they are not intractable.

But, more importantly, great rewards exist for those innovators willing to disregard convention, think outside the box and re-imagine a food system that works for everyone in a crowded world where oil and energy are scarce.