It’s been quite a year for Valarie Wilson.

Initially Valarie Wilson took a leave of absence from her position as the founding executive director of the Atlanta BeltLine Partnership to run for State School Superintendent. 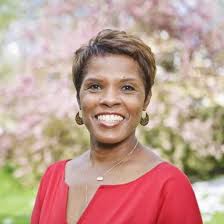 At that point, the BeltLine began its search for a new executive director, who was named last week – Chuck Meadows – who had been a vice president of public policy for the Metro Atlanta Chamber until earlier this year.

Meanwhile, Wilson ended up losing the General Election to Republican Richard Woods, even though she had been endorsed by incumbent Superintendent – Republican John Barge.

Now, a month after the election, Wilson was asked about her plans for the future.

“She’s getting better so now I’m getting myself focused on getting a job,” Wilson said. “It would be nice to stay close to the issue of public education because I’m so passionate about it. I would like to be an executive director or a manager of an organization in the education area.”

Wilson said that as she traveled around the state, she realized that there’s a great need to engage parents in their children’s education in a much more “substantive way.” She believes that parents hold one of the keys to improving education outcomes in the state.

Wilson did acknowledge that she had not mapped out a strategy for getting a job after the election.

“I had really intended to win,” said Wilson, who lost as part of a clean sweep by Republicans. “It just went straight partisan politics. I thought this race was going to be different.”

In looking for a position in the education field, Wilson said she would prefer one with a “statewide venue.” But she said she would be open to considering any meaningful position where she could have an impact.

Asked if she would consider running again for public office, Wilson answered: “I don’t know. I’m still too raw to even talk about it. I know the passion is still there. Never say never.”

When talking about her tenure with the Atlanta BeltLine Partnership, Wilson had nothing but good things to say.

“The board was very accommodating in allowing me the flexibility to run and to come back if I had not won the primary,” Wilson said. “I loved my work at the BeltLine.”

Previous Article
When is the best time to get a flu shot, and why is it so important?
Next Article
New Atlanta Falcons stadium’s cost will ‘rise up’ to $1.4 billion