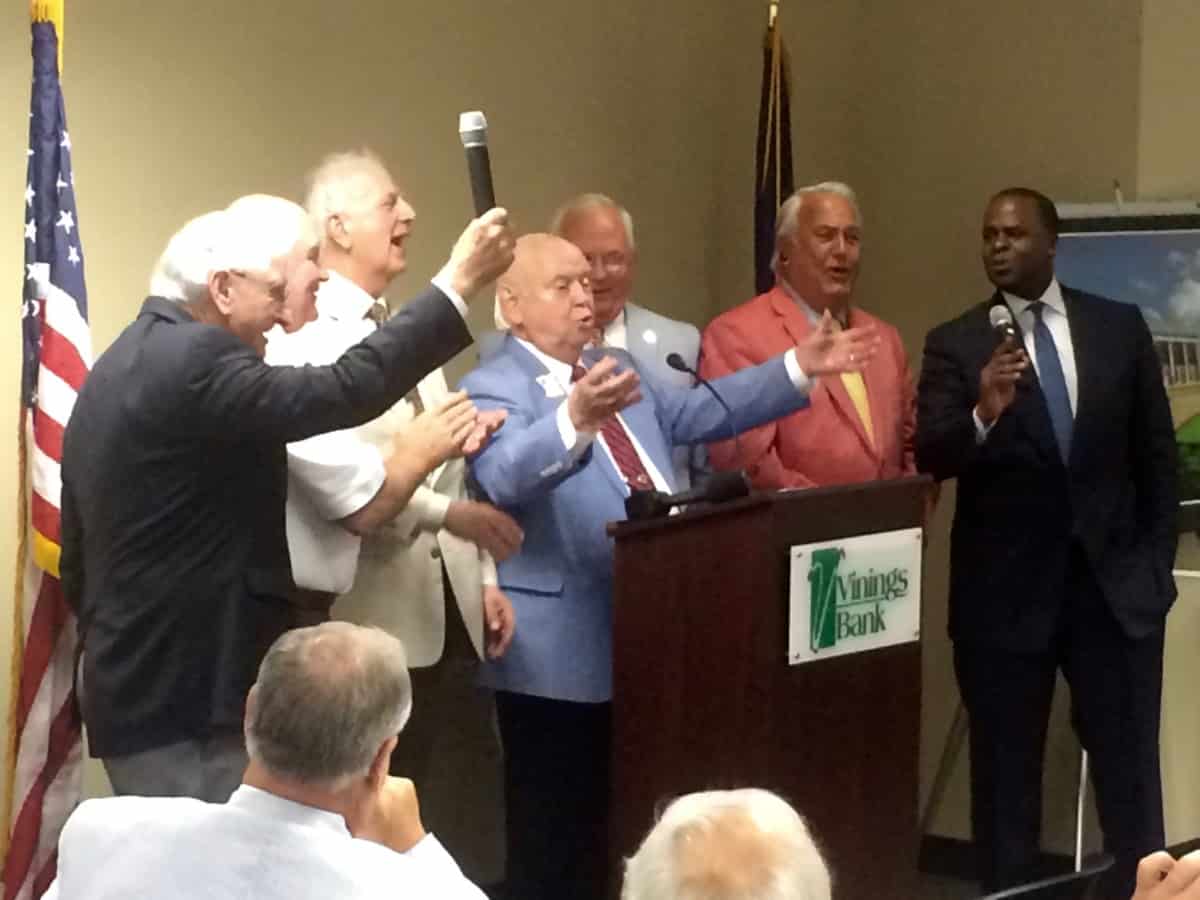 History was celebrated – and made – Thursday in the ground floor gathering space of Vinings Bank.

At one end of the room, former Gov. Roy Barnes (a Democrat) was sitting next the man who forced him into political retirement – former Gov. Sonny Perdue (a Republican), and they were all smiles, happily agreeing to get their picture taken together. Perdue jokingly mentioned how time can change former political foes. 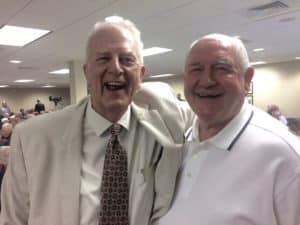 Halfway through lunch, Perdue’s cousin, U.S. Sen. David Perdue (R-Georgia), showed up – taking a seat between the two governors, a spot he called the hot seat. He later remarked how Gov. Perdue had hired Gov. Barnes to be his lawyer.

A couple of tables away, Atlanta Mayor Kasim Reed was enjoying a Low-Country Barbeque lunch in Cobb County. Ironically, Reed had just announced the deal to sell Turner Field to Georgia State University, Carter and the Oakland Development group. The future of Turner Field had been in question ever since the Atlanta Braves surprised the region nearly three years ago – announcing they were leaving downtown Atlanta, where they had been for nearly 50 years, for greener pastures in Cobb County.

The lunch gathering included a myriad of important leaders – both from the past and the present – who all had been invited to celebrate the 100th anniversary of the Georgia Department of Transportation.

Shaw introduced Gov. Barnes by saying he was a Republican until President Richard Nixon turned him into a Democrat. But Shaw said that Democratic nominee Hillary Clinton was going to make Barnes a Republican again, and that they were going to get Donald Trump elected president.

But Barnes quickly said: “Don’t count on it.” 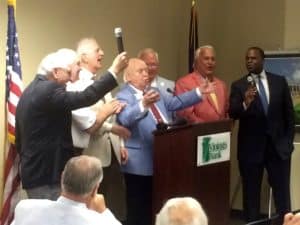 Instead Barnes said: “Bob Shaw and I have been friends for 60 years.” Then he added: “Sonny and I were sitting over there saying there have never been so many washed up politicians in one place.”

Barnes also provided insights about how road builders were able to get more money for transportation – telling a story of how the C.W. Matthews, a contributor to key political campaigns, was able to enjoy political influence.

Sen. Perdue said that in Georgia several politicians have changed political parties over the years, and he explained his mother had been a big supporter of former Gov. Marvin Griffin (a Democrat) because he had paved many of the roads in South Georgia.

“We paid for them four times,” Gov. Barnes chimed in.

Johnny Gresham, a long-time GDOT board member, told a story of when he first had a request to make of Tom Moreland. So on his way to Moreland’s office, Gresham bought the biggest jar of Vaseline that he could find. He put the package on the table, and Moreland asked him why he had brought it.

“I know I’m going to get screwed, but I want to it to hurt as little as possible,” said Gresham, who added they ended up getting the project.

Awkward laughs filled the room, which included road builders, developers as well as past and present transportation leaders – such as Chris Tomlinson, the head of both GRTA and SRTA.

The meat of the Thursday’s program was when current GDOT Commissioner Russell McMurry gave a 100-year history of the GDOT in 10 minutes. Although the department’s name changed from the State Highway Department in 1971, road building and maintenance have been central to the agency. 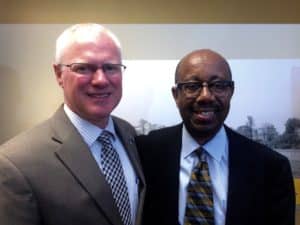 But one of the big ways GDOT is changing was evident when McMurry said that African-American architect Robert Brown from Decatur had just been voted to become chairman of the GDOT board.

McMurry also said the department is becoming more multimodal, especially with the building of HOT lanes on the highways that can serve express buses. The department also is involved with the Georgia Port Authority, it oversees all the airports other than Hartsfield-Jackson International Airport, freight routes and other modes of transportation, such as the 100-plus transit systems throughout the state.

Perhaps Atlanta Mayor Kasim Reed expressed it best. “How good it feels in this room,” Reed said. “We took a sleepy town in the South in a sleepy region and a sleepy state…and turned it into the 8th biggest city in the union.”

Then Reed described how he feels when he drives from Cobb County into the City of Atlanta and sees the skyline of the region.

“There’s something special about us,” Reed said. “Smile sometime and say: ‘Look at what we’ve done.’” 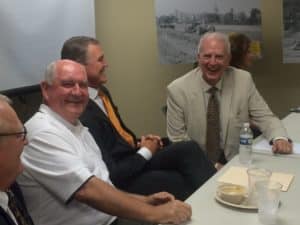 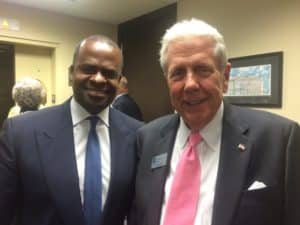