After a grueling election season, we must now endure the onslaught of four more weeks of negative political ads. Hopefully, we’ll all go back to the polls in what will be an expensive, likely lower turnout vote for Georgia’s next senator.

Despite a smooth election day, our political system is broken. We’re tired of the rancor and dysfunction. Despair and frustration should not be normal in a well-functioning democracy. Extremist candidates in gerrymandered districts too often win elections after a moderate is “primaried” for not adopting radical policies dictated by a minority of highly partisan voters. We can do better.

Would you prefer a voting system that decides elections through consensus and a true majority? Should competition and choice be values our electoral system reflects in choosing political office holders? Instant Runoff Voting (IRV), also called Ranked Choice Voting, might be just the solution needed to improve our political system.

So how does IRV work? 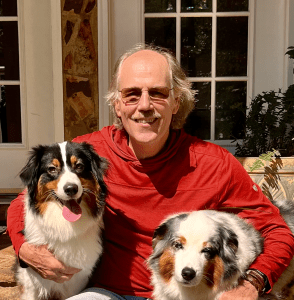 Jeff Joslin is a retired airline captain with a
long-time interest in collaborative efforts, like Instant Runoff Voting. His passion is climate change and politics. He serves as Co-Chair of the Resilience Building Action Team for the nonpartisan, non-profit Citizens’ Climate Lobby.

Imagine a fictional Mayoral primary with five candidates. On your ballot you would rank your votes for Mayor. Your favorite candidate would be your first choice followed by a second, third, fourth and fifth (as done in this simulation.) If one candidate initially gets more than 50 percent of the total, they win the election — just as our elections work now. If no candidate initially wins 50 percent of the vote, the last-place candidate is eliminated. The second choices of that candidate’s voters would then be distributed to the remaining candidates. Any candidate with 50 percent + one vote would win. This is repeated with each last-place finisher until one candidate has more than 50 percent of the vote and is declared the winner. Wanting to appeal to voters as both a first and second-choice candidate leads to campaign messaging that’s more inclusive and visionary over divisiveness and incivility.

Under current Georgia law, if no candidate wins 50 percent in any election a runoff is held. Runoffs are costly to taxpayers and typically have low turnouts. In the 2022 Georgia primary, 10 Congressional and Statewide races required runoffs. An average of 62 percent fewer voters returned to vote in the runoff. Sadly, important races were decided by a small percentage of Georgia voters.

With an instant runoff, voters would immediately determine the outcome with no drop in participation. IRV would save money. Interestingly, with IRV, voters are less likely to vote strategically i.e. use their vote to prevent a dreaded outcome. They are more likely to support whoever is most appealing to them, knowing they have secondary votes cast if that candidate loses.

Georgia’s overseas military and civilian voters currently use IRV. This permits them to participate in our short-duration runoffs. All voters should have this same opportunity.

IRV increases the diversity of candidate choice and outcome. Minority and female candidates have proven to be more likely to run and win when IRV has been adopted in a number of U.S. states, cities and counties.

Across the country, Tuesday’s election featured some form of IRV in 12 elections. This included statewide elections in Alaska and Maine. IRV proposals in Georgia are different from what’s in use in Alaska. Maine uses IRV while Alaska uses IRV plus open primaries. In Alaska, it appears that no candidate will attain more than 50 percent of the vote in their Senate and single Congressional seat. IRV will likely determine the winner in both elections. Alaska’s IRV use is slower-moving since their extended absentee ballot rules allow for more than a 2-week wait for ballots to arrive and be counted. Our Dominion voting machines have already been designed to provide rapid IRV results, and if we used IRV in Georgia, our election would have been certified three days after the election.

Voters worry about complexity. IRV is slightly more complicated. But it is easily understandable. Voter turnout in elections using IRV has climbed and exit polls confirm that voters understand it and like it.

IRV is growing and is currently being used in 55 states, counties or cities. To implement IRV in Georgia, approval of the legislature is required. Convincing members of the legislature that voters want IRV falls to us. As voters, we are the “customers” our politicians serve. We can reach out to encourage Georgia Legislators to implement IRV with calls, letters, petitions and lobbying.

You can also assist the effort to bring IRV to Georgia by joining and supporting nonpartisan Better Ballot Georgia. I have volunteered to help them collect IRV petition signatures at several outdoor events and have been pleasantly surprised by how receptive and knowledgeable people are on this subject. Petitions can demonstrate to state legislators that a broad swath of the electorate wants a fair, more equitable voting system. You can add your signature to the petition encouraging them to enact IRV and then let others know about this simple upgrade for our voting system.

Georgians can save money, increase voter participation, and bring more civility to our political process by embracing IRV. It’s time to make a positive change in our politics.