Waiting for our state to deliver transit dollars to our region 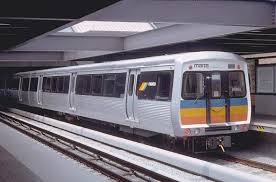 Every year we wonder whether this will be the year when Georgia will finally become a state with a multi-dimensional view towards transportation.

We wonder whether members of our General Assembly will figure out a permanent way to pay for all modes of transportation – transit, trains, buses, sidewalks, bicycle paths and multi-purpose trails – instead of primarily highways and roads.

And yet each year, we find ourselves hoping against hope that this year will be different. For some reason, we always seem to find money to invest in major road or highway projects – think I-75 or I-285 and Georgia 400. But we never have been able to come up with the money we need for major transit regional transit projects.

The study event identified several options that state leaders could consider to reach $1 billion to $1.5 billion in new revenues for transportation investment.

The top three state officials – Gov. Nathan Deal, Lt. Gov. Casey Cagle and House Speaker David Ralston – all seemed to agree. It was time to make transportation investment a priority. “Doing nothing was not an option,” Cagle and Ralston both said.

But it is very hard to reach consensus to raise new revenue in a state that is ruled by a Republican super-majority with many legislators who pledged to not raise taxes or who generally tend to be anti-government on principle.

Unfortunately, investing in public transit and other transportation takes money. The motor fuel tax can not be spent on any mode of transportation other than roads and bridges unless the Georgia Constitution is changed.

And one area of agreement (for some reason) is that no one wants to try to pass a Constitutional Amendment that would allow the gas tax to be used for all modes of transportation. As one insider explained, the votes just aren’t there in the current Republican-dominated legislature.

So even increasing the gas tax couldn’t pay for transit unless the Constitution was changed.

That restriction, however, would not apply to what some people refer to as the “fourth penny” a sales tax on gas purchases that currently goes to the General Fund. It is possible that the General Assembly could allocate that entire penny to the Georgia Department of Transportation and the whole penny could be dedicated to transit and alternative modes of transportation.

In 2012, the state tried a regional approach to transportation funding. Each of the states regional planning districts had a list of projects, and voters could pass a one-percent sales tax – called the T-SPLOST – to fund those projects.

Three regions in the state passed the T-SPLOST while nine (including metro Atlanta) did not. Instead of taking a probing look into why the tax failed in those nine regions so we could learn from our mistakes, we are now proceeding blindly with no real plan.

Other metro areas had warned Atlanta that transportation taxes often fail on the first try and that regions must be willing to try again. Seattle and Denver told Atlanta that when they presented a transit-heavy plan to voters rather than a road and transit plan, it passed.

Seattle also told Atlanta that a tax would stand a much better chance of passing if it were on the ballot during a Presidential election rather than during a primary.

The 10-county Atlanta region ended up with a plan where more than half of the sales tax would have gone towards transit projects. But the referendum took place on July 31, a primary, and was soundly defeated. By comparison, During the November election, nearly 57 percent of the 10-county region voted for President Barack Obama. It can be assumed that many – if not most – of those voters would have voted for the T-SPLOST.

But because we tend to like reinventing the wheel rather than learn from our mistakes, no one is thinking about returning to voters with a regional T-SPLOST – a new and improved version.

So what are the real options that exist to be able to fund transit and alternative modes of transportation in our state?

One idea that may have some traction is a fractional sales tax any two or more political jurisdictions could pass to meet their transportation needs. The question with this approach is whether there could be a coordinated regional approach to transportation using this approach.

Another idea would be to allow MARTA to realize its original vision. This option began to seem more viable when Clayton County passed a one-cent MARTA sales tax in November – becoming the third county (along with Fulton and DeKalb) to join the transit system.

Now the question is whether Gwinnett and Cobb counties would follow. Most people don’t have much hope for Cobb County in the near future, but there is some evidence that Gwinnett could welcome MARTA or a renamed rail transit system into the county.

For those in economic development, it should be readily apparent that major companies are showing a clear preference to locate their operations near transit where millenials want to live and work. The question is whether Georgia will be able to respond fast enough to the demographic trends that are underway so that it can remain competitive.

It is an open question. Back in September 2011, Gov. Deal told the Georgia Research Alliance that he had just returned from the Southern Governors’ Association annual meeting where the focus was on innovation.

Deal had asked why Silicon Valley and Boston were attracting research, development, venture capital as well as innovation jobs. He was told it was all about quality of life.

“They like to be able to ride bicycles to work,” Deal told GRA board members. “So when I ask DOT (the Georgia Department of Transportation) to build bicycle trails, don’t think I’ve lost my mind.”

So we’re still wondering. Will this be the year when Georgia will invest in a balanced transportation system?