The Atlanta Crackers were a big deal until the Milwaukee Braves moved to town. The Atlanta International Raceway brought NASCAR racing to the region.

Citizens & Southern National Bank, First National Bank of Atlanta, and Trust Company Bank of Georgia were banks at the hub of the financial center of the South.

Coca Cola had established itself as a major global competitor. Robert Woodruff, Mills B. Lane, and Billy Sterne were among the city’s corporate leaders. And interlocking directorates of Atlanta businesses formed a group of movers and shakers referred to as the Atlanta power structure.

Even as the city grappled with civil rights issues, Atlanta Mayor Ivan Allen Jr. made Atlanta a model for other cities to follow. Bobby Dodd was still coaching the Yellow Jackets. Times were good. 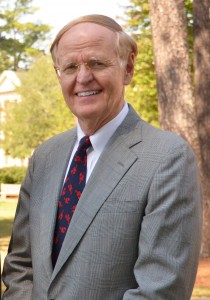 Much has been written about the magic of those days and the desire to bring it back. Mayor Allen’s approach to city building was his Six Point Program: urban renewal; schools (keeping them open); modernization of transportation facilities; construction of a public transit system; building an auditorium and coliseum; and implementing a Forward Atlanta marketing campaign.

Under Allen’s leadership, Atlanta’s growth during the 1960s was greater than that of its entire previous history.

The most recent get-us-going-again list is that of the Metro Atlanta Chamber and the Boston Consulting Group — jump-start short and mid-term job growth; catalyze on new business formation; elevate quality of life and core infrastructure; confidently tell our story; drive strong higher education and business collaboration.

Magic is a tough term to nail down, and it is almost impossible to identify the ingredients that produce it. But it is easy to understand what draws people to Atlanta (or any other city, for that matter). It’s the basics: schools, health facilities, transportation, cultural attractions, safe environment, infrastructure.

Job growth, new business formation, and higher education are desirable goals, but they are the fruits, not the seeds of success. Perhaps Atlanta should focus on the basics and be bold about it.

Though polished, well bred and of elegant demeanor, Mayor Allen took a positive stand on racial integration that was bolder than that of any other politician in the South. But by his own admission, much of Atlanta’s success during his administration was fueled with federal dollars.

As he pointed out in a book he co-wrote with Paul Hemphill — Mayor: Notes on the Sixties — his “moderation on the race issue” earned respect from Washington, D.C., which led to significant appropriations to the city.

Allen’s boldness paid off. Indeed, Atlanta was becoming a model for others to follow in more ways than one.

There is precedence for urban success stemming from being bold with basics.

Former New York City Mayor Rudy Giuliani‘s strategy to eliminate graffiti in his city was not only the cornerstone of his attack on crime. It was an initiative that became emblematic of the role that basic factors play in urban revitalization. And Giuliani was bold about it – eliminating graffiti wasn’t just an area of emphasis; it was a campaign.

Addressing a problem is one thing. Being truly bold about it is something else. Atlanta is not alone with its problems in public education, and some genuine boldness in this area might lead to the kind of success that New York experienced in attacking crime.

But whether it’s education, transportation, or infrastructure, being a bold leader in addressing a major urban problem could help restore some of the magic.

That would give us a story we could confidently tell.