One race from Georgia’s recent Nov. 8 election will go into a runoff — incumbent Democrat Raphael Warnock and Republican Herschel Walker competing for a seat in the U.S. Senate. On Monday, Nov. 21, the Atlanta Press Club will host a debate between the two candidates. The 7 p.m. debate will air on Georgia Public Broadcasting and can be live streamed from the Atlanta Press Club’s Facebook page and GPB’s website.

On to other recent news from around the city:

In his new role as the second permanent ATLDOT Commissioner, Caviness will lead the department as the City of Atlanta implements the $750 million Moving Atlanta Forward infrastructure package, with $460 million going to transportation investments like street and sidewalk repairs and protected bike lanes.

“It is with great humility that I get to serve the people from my native hometown and join the team at the City of Atlanta,” Caviness said in a press release. This is an opportunity to advance world-class transportation programs that improve the quality of life for so many. Atlanta holds a special place in my heart as it shaped my personal story, and this appointment is an opportunity of a lifetime. I look forward to advancing the innovative vision and legacy set forth by Mayor Dickens and his team.” 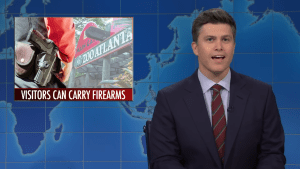 Colin Jost joked about the policy on the Nov. 5 episode in his role as co-host of the satire news segment “Weekend Update.”

“A zoo in Atlanta will allow visitors to carry firearms,” said Jost. He then brandished a handgun and delivered his punchline: “So you wanna try laughing at me again, monkeys?”

Like actual Atlanta TV news reports, the joke misunderstood the story, as the zoo already allowed guns to be carried for many years. What’s new was that the zoo instituted a gun ban on Sept. 1, then dropped it less than two months later when SaportaReport confirmed a gun activist’s complaint that it likely is unlawful. The zoo then reverted to its previous policy of allowing guns by people who hold permits — though that also raises legal questions. 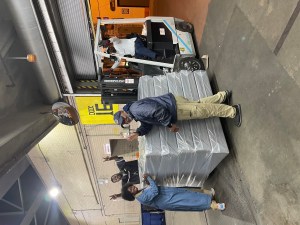 The recent mattress delivery. (Photo courtesy of The Aaron’s Company.)

The Aaron’s Company recently donated 225 mattresses to Atlanta residents who relocated from the Forest Cove apartments.

Forest Cove has been a primary topic of discussion in Atlanta’s housing sphere this year — a dilapidated and unsafe Section 8 apartment complex. The severely neglected building was condemned in December 2021, leading the City of Atlanta on an emergency relocation effort for the 211 families at the complex, which was finally completed in October.

The Aaron’s Company, which offers lease-to-own furniture, appliances and electronics, made the donation in honor of its founder Charlie Loudermilk, who passed away earlier this year.

“Charlie Loudermilk founded Aaron’s in 1955 and achieved incredible success as an entrepreneur building our Company. Equally important, he was a champion of giving back to the City of Atlanta and the other communities that we’re privileged to serve,” CEO Douglas Lindsay wrote in a press release. “We’re proud that we could make this donation so that these Atlanta families can rest comfortably in their new homes.” 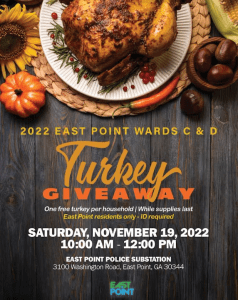 The City of East Point, along with the Atlanta chapter of the NAACP and Leafy Greens Market is giving residents two opportunities to receive Thanksgiving turkeys on Nov. 19.

Both giveaways will start at 10 a.m. until supplies last. East Point residents will need to have a valid ID and can receive one turkey per household. 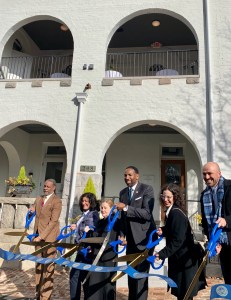 The restored building debuted on Nov. 16. (Photo by Kelly Jordan.)

City of Atlanta leaders recently gathered at Oakland Cemetery to celebrate the rehabilitation of the historic cemetery’s bell tower.

The Oakland Cemetery bell tower was built in 1899 to house a chapel and an office for the sexton, the person in charge of the cemetery. Today, Oakland is one of the city’s most famous burial grounds — upholding the legacy of some of Atlanta’s best-known residents including former Mayor Maynard Jackson, author Margaret Mitchell and golfer Bobby Jones.

The project was financed by The Imlay Foundation, Invest Atlanta and private investors, and is part of the Historic Oakland Foundation’s $12.5 million capital campaign Living History.

See below for snapshots of the recent event. Photos by Kelly Jordan. 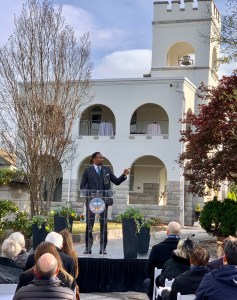 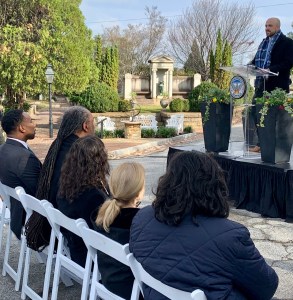 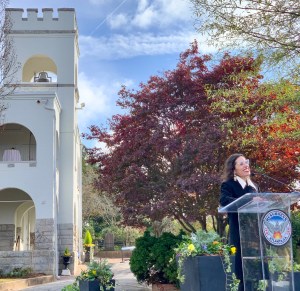 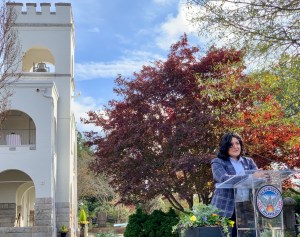 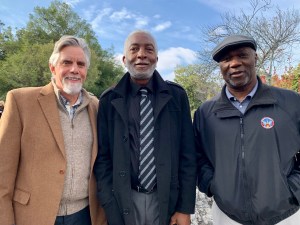 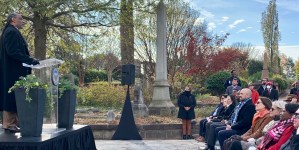 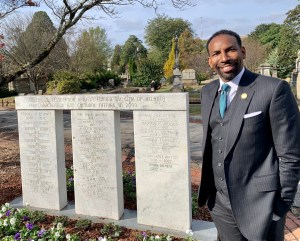 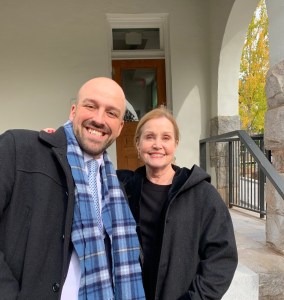 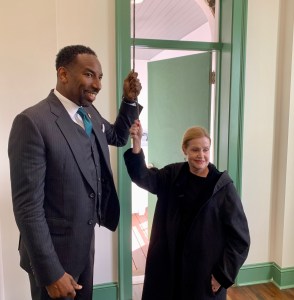 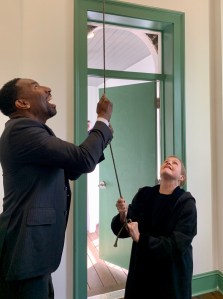 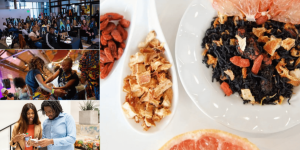 The district, located on University Ave., is a physical redevelopment project for co-working and office space with the mission to offer a variety of working, meeting events and maker spaces for Black entrepreneurs.

“By offering a holiday gift and giving guide, which features many of our businesses who are a part of the Pittsburgh Yards community of members and tenants, we make it easier for those who are interested in supporting Black-owned businesses and organizations to do so in the Atlanta area,” said Chantel Glenn, senior program associate with the Annie E. Casey Foundation who fund the Pittsburgh Yards development.

Click here for more information on the holiday gift and giving guide.

“To be our healthiest, we need high-quality medical care and thriving communities — good health begins where people live,” said Charmaine Ward-Millner, vice president of Marketing, Communications and Community Relations for Kaiser Permanente’s Georgia market. “Through our grants in the metro Atlanta area, we want to increase access to safe, stable, and affordable housing in the communities we serve.”

Department of Revenue Commissioner Robyn Crittenden is leaving for a private-sector job on Nov. 25, according to a press release. Frank O’Connell, the department’s deputy commissioner and general counsel, will serve as interim commissioner until a permanent replacement is named.

Kevin Tanner will be the new DBHDD commissioner, effective Dec. 16. Judy Fitzgerald retired from the position on Nov. 15 and Monica Johnson, director of DBHDD’s Division of Behavioral Health, is serving as interim commissioner in the meantime.

DBHDD is a safety-net agency whose mission is to serve “people living with mental health challenges, substance use disorders, intellectual and developmental disabilities, or any combination of these.” 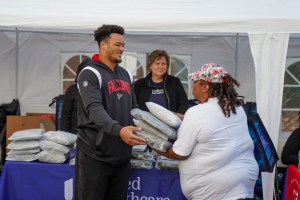 On Monday, Nov. 14, Atlanta Falcons player Tyler Allgeier and UnitedHealthcare Community Plan of Georgia teamed up to provide underserved families in Atlanta with the ingredients to make a Thanksgiving meal.

Allgeier and the UnitedHealthcare team handed out 150 meal kits to Atlanta CASA families, court-appointed special advocates to support children of neglect in court. The kits included traditional side dishes, gift cards to buy the turkey and a backpack for each child.

These community services can be vital in a state where 10 percent of residents are experiencing food insecurity, according to America’s Health Rankings 2021 report. Additionally, according to Feeding America, one in four food-insecure U.S. residents may not qualify for federal food assistance.

The Thanksgiving initiative came from a $12,000 donation from UnitedHealthcare to Atlanta CASA, a nonprofit focused on improving the quality of life of abused and neglected children by providing personalized representation in juvenile court.